Dorrigo dairy farmers Julie and Michael Moore are among hundreds of farmers who have been listed on the Aussie Farms interactive map. 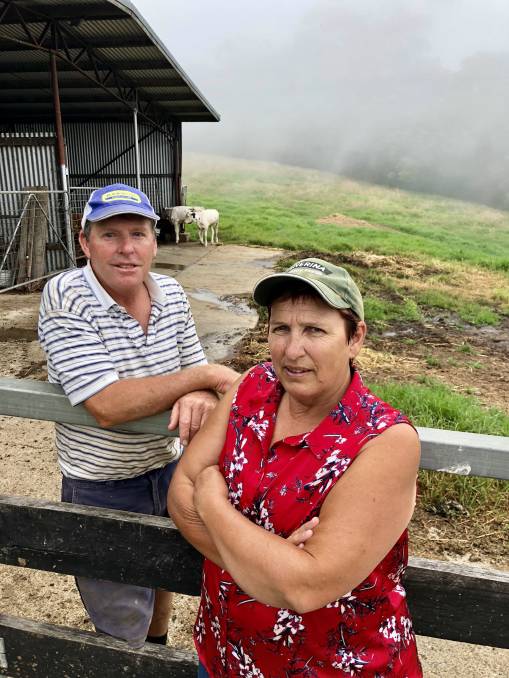 Dorrigo dairy farmers Julie and Michael Moore are among hundreds of farmers who have been listed on the Aussie Farms interactive map. Photo by Samantha Townsend.

It took 44 steps for someone to walk from the Moores' front gate to take photographs of their Dorrigo dairy which they uploaded online.

As The Land has been able to verify, to do that they walked past the “please respect farm biosecurity” and "entry prohibited" signs as well as signage with the Moores' contact details.

Julie and Michael Moore, fourth generation dairy farmers who milk 140 cows, are among hundreds of farmers who have been listed on the aussiefarms.org.au interactive map.

The map details the location of farming operations from pigs to eggs, fish, dairy and beef to racecourses, abattoirs, greyhound tracks and even zoos.

“This is so scary, I know pigs and abattoirs have been targeted before but now any farms it appears is going to be listed,” Mrs  Moore said.

“This is a total breach of our biosecurity and an invasion of our privacy.

“We do not have anything to hide as we do everything humanly possible to look after our calves and cows.”

Mrs Moore, who is on the NSW Farmers’ Dairy committee and NSW Farmers’ executive council, said the people who took the photographs took no notice of the signs on the front fence.

“It clearly states that there is no entry unless by prior approval and there is also our biosecurity sign,” Mrs Moore said.

“Our contact details are on the front gate so people can call us if they want to enter the property.”

On the website it lists the Moores’ name as well as coordinates on how to get to their property.

“I know anyone can find our information on the web, we use social media to promote our Guernsey stud and show what we do,” Mrs Moore said.

“So it’s a double edge knife by promoting agriculture we are targeted by extremists.”

It states on the Aussie Farms website that the eight photos of the Moore’s property were taken on August 16, 2018 and were uploaded on August 22, 2018 “by anonymous”.

“There are two photos in which they would have needed to come onto the property,” she said.

Mrs Moore said the photos were probably taken around the time they were home having breakfast.

“It’s winter so the calves they have taken photos of have rugs on because they are our heifers for future genetics,” she said.

“They are well looked after, they are fed with automatic calf feeders, they have clean bedding to sleep on and fresh water – they are our future.”

She said due to this they were now being forced to install cameras at their dairy.

“Stock theft is high already but something like this by listing map coordinates opens it up to criminal activity, that’s the scary part,” she said.

Mrs Moore said it was now time for agriculture to stand together and be one voice against extreme animal activists.

“A lot of farmers are blown away by the power, there is no respect,” she said.

“Enough is enough. We need to stand an unite against this.” 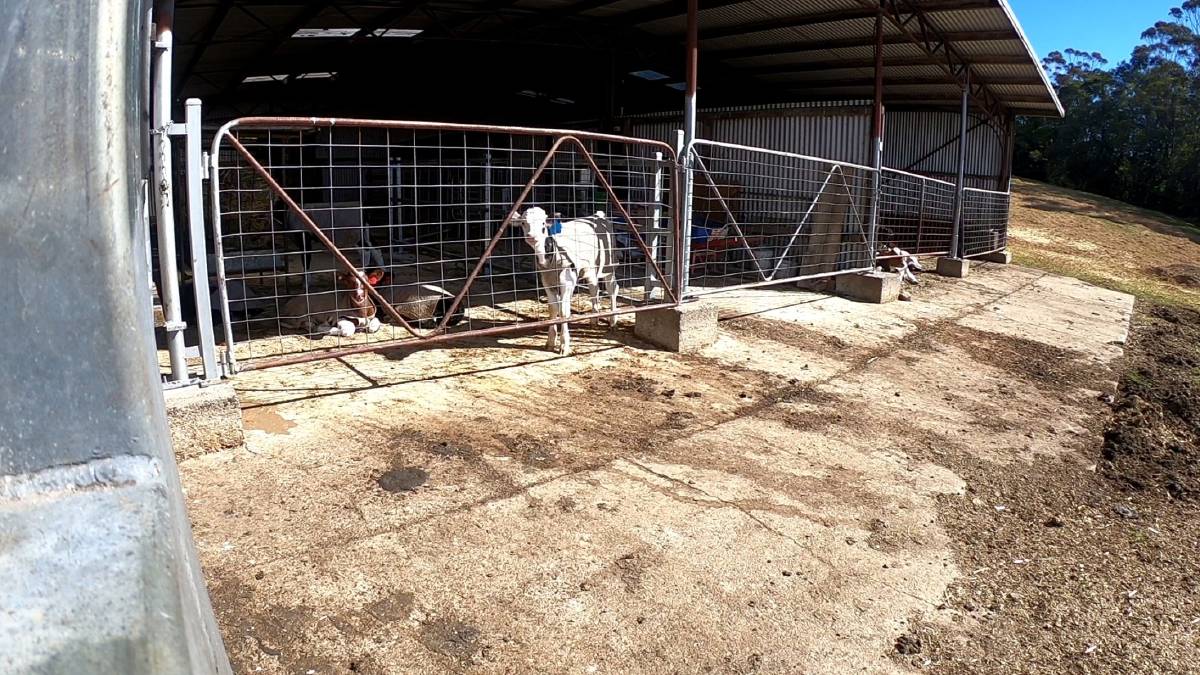 One of the photos that appears on the Aussie Farms map under the Moore's name that was taken on August 16, 2018.

She said some of the information on this website was not accurate as it listed farm that were not active.

“The Federal Government needs to step in and acknowledge our right to farm,” she said.

“What would happen if someone walked into a bank and started taking photos and posted it online.

“It’s the same thing, it’s a breach of privacy.”

NSW Farmers’ president James Jackson said the group behind the map were not advocates for animal welfare but in fact their agenda as animal liberationists was to close down animal agriculture.

Mr Jackson said the map was an invasion of privacy and potentially encouraged people to commit trespass.

He said the association was looking at legal options for members and was seeking a meeting with the Aussie Farms organisation to find out what they intended to do with the information.

“We understand you can’t remove your farm but you can ask for your contact details to be removed,” Mr Jackson said.

Mr Jackson said he was also speaking to police about how something like this could affect policing.

“There are issues of biosecurity breaches and occupational health and safety, which is dangerous to humans and animals,” he said