Australian farmers’ hopes of beefing up our sales of red meat and other products to Britain when it exits the European Union look like being badly dented by the looming and chaotic prospect of a “hard Brexit”.

While beef and lamb quotas might disappear once the United Kingdom is no longer part of the EU after March 30, new British tariffs on meat and sugar imports are quite possible according to analysis by Rabobank’s food and agribusiness research unit.

Britain could also have more – and cheaper – grain available for domestic livestock or for non-European export buyers because it will not be compelled to meet EU ethanol production mandates.

About 1.2 million tonnes of British grain are currently diverted to make ethanol fuel every year.

Potential British agricultural exports such as meat and wheat, barley and oats will also be more competitive as Brexit-related business uncertainty sends the pound sliding.

For Australian exporters, the devalued pound will make imports more costly in the UK, frustrating their plans to revive 50-year-old farm trade ties with Britain in the immediate post-Brexit era.

Rabobank senior analyst, Harry Smit, has tipped a 10 per cent to 15pc devaluation for the pound against the euro.

He also expected food price inflation for British consumers who currently relied on imports for more than half their grocery purchases.

Inflation would result in a slowing UK economy and shoppers opting for cheaper products rather than being tempted to buy premium quality beef or lamb from Australia or elsewhere.

Australian wine sales to Britain – our third biggest export market –  will likely be a notable exception to the Brexit challenges faced by farm sector exporters.

Britain has already agreed no new tariffs or different quality standards will apply on wine from Australia, or other suppliers.

Unless Theresa May’s UK government can pull off some exceptional deals to repair the rift between Britain and the EU, Britain will effectively become a “third country” to the EU as the hard Brexit rules kick in after March.

Mr Smit said British farmers were subsequently sure to lose access to European markets for their own farm products because these would be subject to import tariffs at the EU border.

Ironically, however, he said the chances of imports from other countries taking over the role of EU suppliers to Britain were small, at least in the short term.

The UK would likely set most import tariffs near zero because it relied on food imports and would try to avoid a food inflation risk.

“However, a hard Brexit will find the UK looking for alternative markets for some import products,” said senior research analyst with Rabobank in Australia, Dr Cheryl Kalisch-Gordon. 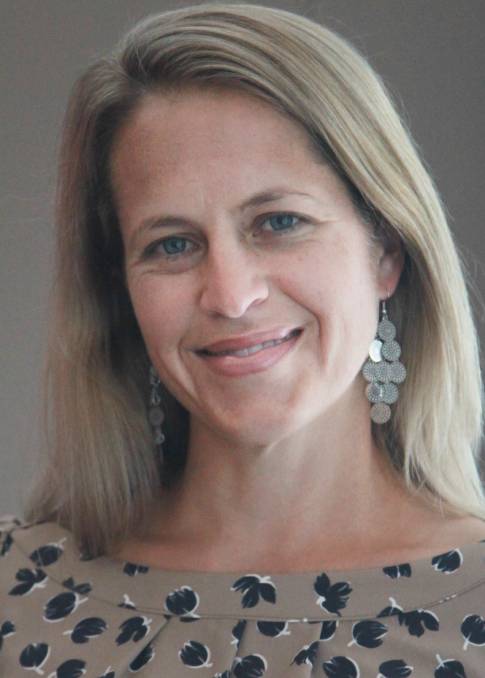 “As a net importer of food it can be expected to shop around, although some commodities are strongly aligned with its farming industry – beef and sheep meat are in this sensitive category.

“It is quite possible these will be subject to strategic import tariffs.”

Not only was red meat production fundamental to the farm economy and Britain’s rural landscape, she said keeping meat prices stable and insulated from cheaper imports would assist the government to maintain its commitment to avoid a crash in farm incomes after Brexit.

Westminster has promised to provide the same level of farm support British farmers already enjoy as members of the EU until the end of the current parliament, expected in 2022.

Dr Kalisch Gordon noted with its potential surplus of feed quality grain available to livestock producers, Britain may even have increasing domestic supplies of meat it wants to ship overseas.

The most economically sensible trade strategy for Britain would be to establish fresh supply chains with Europe, but after all the animosity it may be very hard to achieve in the near future - Cheryl Kalisch Gordon, Rabobank

Given it won’t be moving much surplus beef or dairy product through its previous EU channels because European tariffs would add 30pc or more to their import prices, it could become a niche competitor in other global markets, including markets serviced by Australia.

“The most economically sensible trade strategy for Britain would be to establish fresh supply chains with Europe, but after all the animosity between the UK and EU it may be very hard to achieve in the near future,” Dr Kalish Gordon said.

“Britain may instead opt to look at how it can develop better relations with others around the world.”

Meanwhile, in the absence of any current preferential import-export deals with the UK and trade partners such as Australia or New Zealand, food products no longer subject to import tariffs or quotas would be competing on the same terms after Brexit.

Mr Smit expected fresh competition for UK market share from the likes of Canada, the US, Brazil, Australia and NZ may become intense.