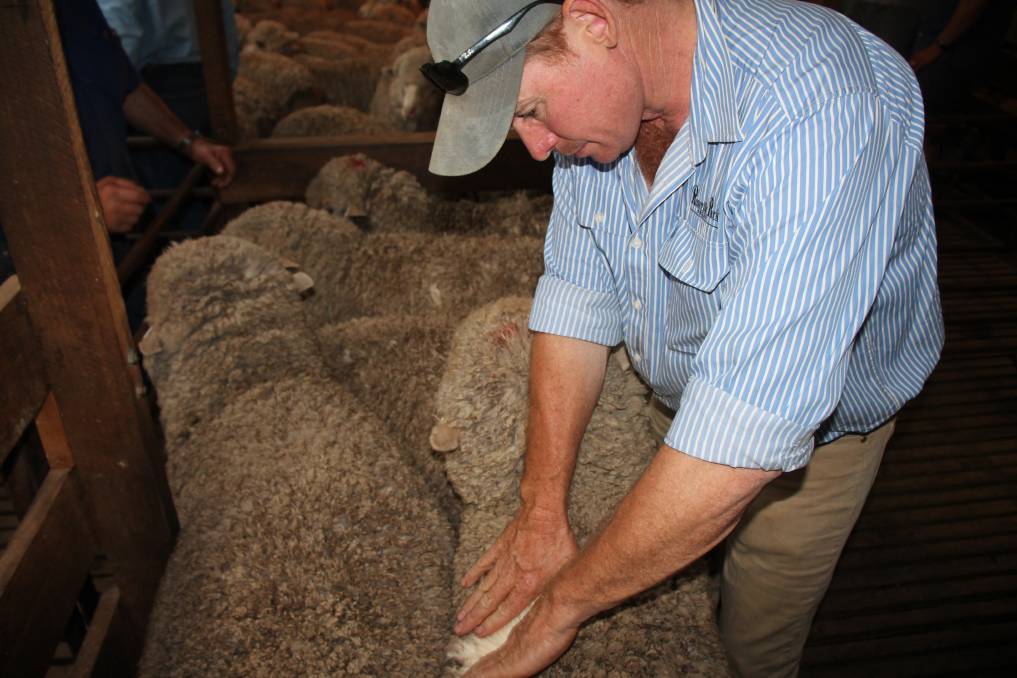 Using both visual and measured methods when choosing the best ram to influence your flock’s outcome is a more balanced approach for sheep breeders according to industry expert and sheep producer, Matthew Coddington.

The Dubbo stud’s involvement in programs such as MERINOSELECT, allows comparisons of genetics across a flock evaluation system, helping develop genetic gain within the Roseville Park breeding flock and benchmark them against the rest of the industry.

When it comes to Australian Sheep Breeding Values (ASBVs) and the future of Australia’s Merino flock, Mr Coddington believes sheep producers should be mindful to use a balance of both visual and measured attributes.

And that one genetic trait can be combative to the other.

“Chasing growth in only one particular trait could mean the loss of another,” Mr Coddington said.

But he said within the industry there are always these outliers that are game changers.

Mr Coddington said he has always used visual selection to balance the physical look of the sheep and the genetics of the sheep they breed.

“By selecting for a wide range of traits it determines key profit drivers in our business,” he said.

“I suggest selecting sires with a wide range of genetic diversity.”

By performing a genetic profile on flocks, it’s not about showing your strengths, it’s about showing the weaknesses, allowing producers find sheep with traits that can fix a particular weekness,” he said.

“For example, if you’ve concentrated on body weight, muscle and fertility for too long and lost your fleece weight, there are rams out there that have good muscle, fat and growth figures with good fleece weights above 20 for ASBVs that you can introduce without sacrificing your other good traits,” Mr Coddington said.

But he stressed that sheep producers need to physically go to the stud, look at the sheep and consider the elements.

“If you go outside your area to source a breeding ram, you need to go to a stud that faces the same challenges as your environment,” Mr Coddington said.

“If you are going to go outside your area you need to at least go to a stud that has similar challenges.”

He also suggested doing your homework, look at the depth of breeding and the information on that stud.

“Find those, use those and get those DNA markers to match up to that as well. Then throw it all in the mix.”

Diversity the key for future sustainability

Droughts are becoming the norm and in the next decade asset transfers of livestock productions are running into the billions across Australia.

So how does this fit in with developing a flock with multiple traits?

“In the next 10 years, because the average age of the livestock farmer is 63 they are all about to retire there is going to be $400 billion asset transfers in Australia of farms either going to the next generation or someone like the next door neighbour,” Mr Coddington said.

“With $400 billion of asset transfers, the next generation is going to have to make a lot of money to buy them out.

“They are going to have to think about the sheep that they are running and perhaps not be just comfortable with a wool cheque.

“They are going to need lots of wool, lots of meat and lots of lamb to have diversified income streams for that reason.”

Continuing periods of drought means we need to be more conscious of fat and muscle traits that allow the animal to be better doers in a lesser environment, but still grow more wool, more meat and produce more lambs, MR Coddington said.

“They will have higher reproductive rates due to better improvements in muscle, fat and improved maternal performance,” he said.

“The Merino will have improved wool quality and processing performance with higher fleece weight to micron ratio.”