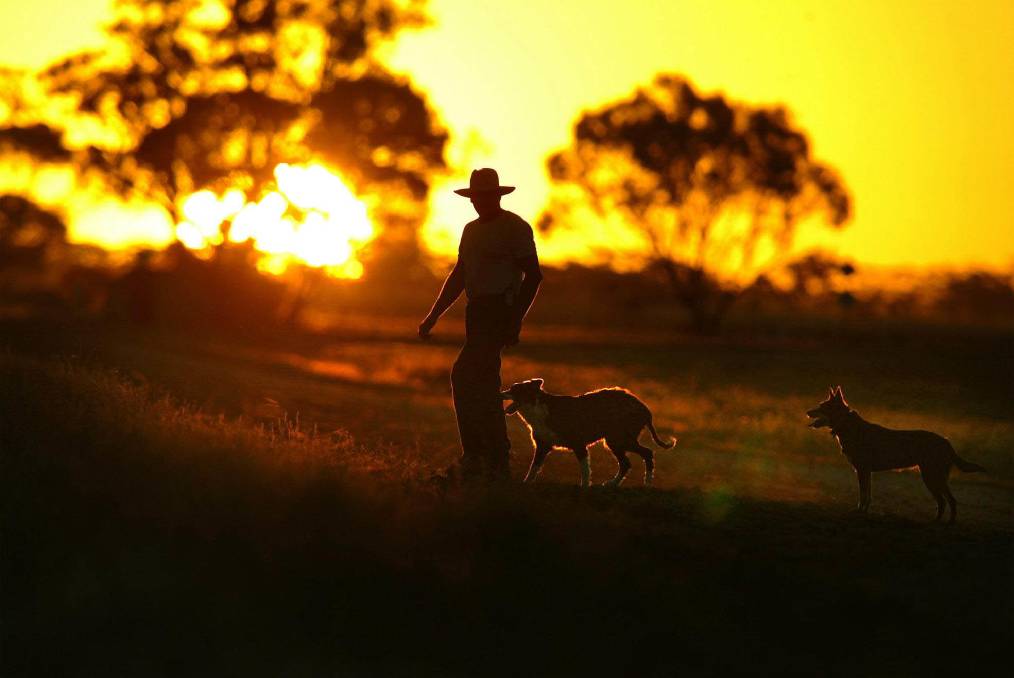 Nationals agriculture ministers are aiming to tackle the impact of climate change on farmers, heading off in different direction to the party's old guard.

An ideological policy puzzle is emerging for the Nationals in the lead up to the federal election.

While Nationals federal and state agriculture ministers and  their interstate colleagues are developing policies to tackle the impact of climate change on agriculture in Canberra this week, other prominent Nationals figures continue to emphasise their fears for power prices from curbing carbon emissions.

And today, climate change adaptation was top of the agenda at a meeting of federal and state agriculture ministers in Adelaide today which was chaired by Nationals MP and federal Agriculture Minister David Littleproud.

“As climate changes it’s important we give farmers the best tools and information possible to cope with it,” Mr Littleproud said.

“I was the first federal minister to look for a nationally coordinated approach to climate change adaptation in agriculture.

“We continue to work collaboratively with the states to equip farmers with the best science and technology.”

"We've got to start showing that we take climate change and its impacts on the agricultural sector seriously," said Mr Blair, the NSW Nationals deputy leader.

There’s an unspoken reference in Mr Littleproud’s comments to former Agriculture Minister Barnaby Joyce, who as convener of the meetings between kept climate change off the agenda from late 2013 to the start of 2018.

Today, former Nationals Queensland Senator Ron Boswell penned an article warning Labor’s policy to invest in renewable energy and reduce emissions by 45 per cent by 2030 could increase energy costs to a level unsustainable for primary industries.

Last year the United Nations Intergovernmental Panel on Climate Change said global emissions must reduce by 45pc by 2030 to keep global warming to 1.5 degrees Celsius, and that replacing coal fired power with renewables was a key requirement.

Nationals Leader Michael McCormack supports the ongoing use of coal for power production.

The federal government no longer has an policy to tackle climate change, except for the Emissions Reduction Fund, with just $250 million of its $2.5 billion kitty left to spend. There are no firm plans from the government on its future.

However, the government says Australia is on track to meet its commitment under the Paris climate agreement to reduce emissions by 26pc by 2030.

The government is considering an climate change policy in its election campaign that could deliver dividends to landholders through a fund, potentially with billions of dollars, to pay landholders for carbon capture, boosting biodiversity and ecosystems services.

National Farmers’ Federation has called for federal government to fund a scheme for ecosystem services to create a marketplace for private investment.

NFF chief executive Tony Mahar said his organisation backs a a publicly-funded environmental stewardship fund with the ultimate goal of achieving payments valued at five per cent of all farm revenue generated by ecosystem services.

Meanwhile, at Labor’s National Conference in Adelaide in December, the party adopted as an election commitment a policy proposal from the Labor Environment Action Network, a left wing faction of the party.

Labor has not detailed its environment policy for funding plans for when it forms government.

Sponsored by
"How badly do you reckon this has gone, champ?"
Test
Specialty food producers fear being cut off from online customers by Australia Post ban.
Test
Bulla Dairy Foods has thrown down the gauntlet in the battle for milk supply, announcing its 2021/22 opening price this week.
Test
The use of drones is roaring upwards according to latest data from DroneDeploy.
Test
Aust now needs to think about growing market share in China, not just regaining ground: Simon Quilty
Test
The last surviving dairy farmer in Clunes in northern New South Wales says the region is ripe for a dairy revival.
Test
Regulatory failure, poor management, behind Van Dairy woes.
Test
In what may be a world first, the Melbourne based eCommerce trading platform Milk Exchange is to hold an online auction for farm milk on Wednesady.
Test