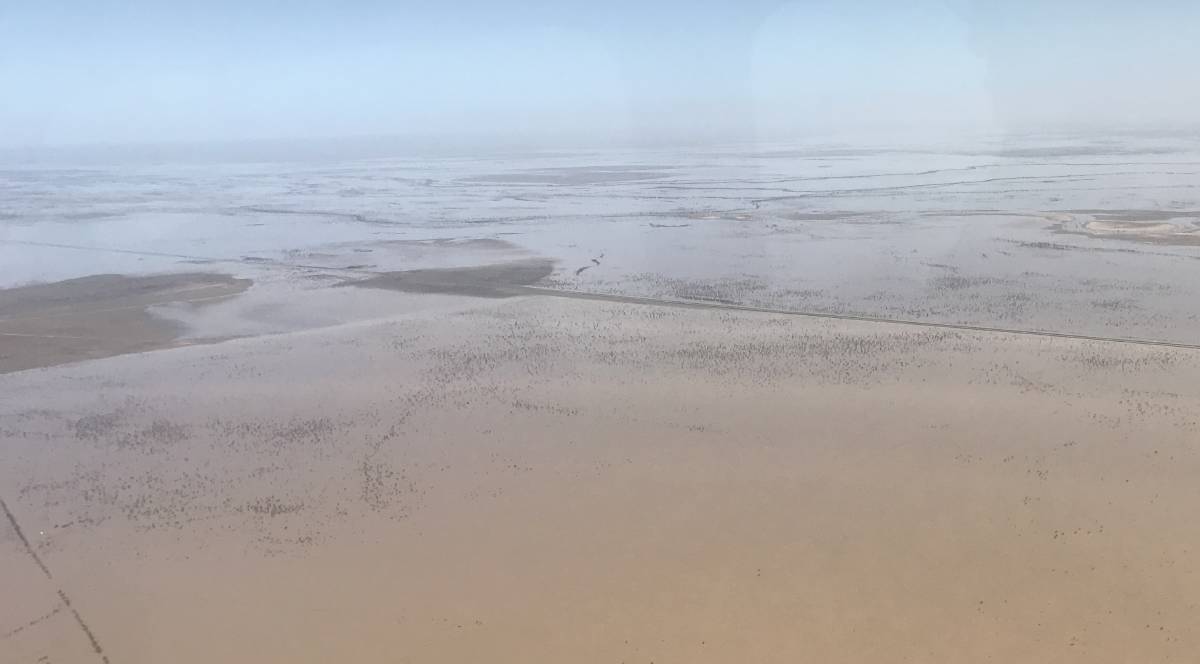 A 30,000 head herd of cows and their calves has sustained extreme flooding losses on Wondoola Station

Most significantly, about 30,000 head of mainly composite cows and their calves are expected to have sustained extreme losses from flooding and prolonged boggy conditions on AACo’s Wondoola Station.

Wondoola is the worst affected of the company’s Gulf of Carpentaria properties.

AACo’s earnings and profits are likely to take a significant hit from the flooding, but also drought which continues to bite many of its other grazing and lot feeding operations.

The four Gulf stations were subjected to unprecedented levels of flooding not seen before in the region where rainfall of 500 millimetres and more has been measured in the past fortnight, swamping as much as 20 million hectares according to some landholder estimates.

Company managers said Canobie, Dalgonally and Carrum stations, which have a total current herd of approximately 50,000 head of mainly composite cows and calves, were expected to sustain “lower but still material losses”.

People safety and animal welfare, as well as support for our local communities, will continue to be of the highest priority - Australian Agricultural Company

“Our immediate focus is on our people, the welfare of our animals and the tight knit communities in which we operate,” the company reported in a statement to the Australian Securities Exchange.

It said despite the remote position of the Gulf holdings, the full impact of the flood was being managed and measured in real time.

“Management will continue to monitor the situation closely and take all possible steps to mitigate the impact on operations,” the statement said.

“All our staff and their families on the impacted properties are safe.

“People safety and animal welfare, as well as support for our local communities, will continue to be of the highest priority.”

AACo management said current conditions were still challenging and a credible assessment of the impact on livestock and infrastructure would only be possible as flood waters started to recede.

This was likely in coming weeks, but there was still a possibility of further wet season storms slowing the recovery.

Unfortunately, much of AACo’s 7 million hectare estate which spreads over Queensland and the Northern Territory has not received useful rain spreading south or west from the extreme northern downpours hitting northern Queensland.

In south-western Queensland and the Northern Territory’s Barkly, where most of AACo’s properties are located, continued to experience “below average rainfall for the season and extreme heat conditions”.

However, current difficult operating conditions were not expected to affect the company’s ability to fulfill supply obligations or the rollout of its branded beef strategy, which continued as a key focus.

“While we are still assessing the impact of this tragic situation, our balance sheet and financial position remains strong,” AACo said.

“Overall impact of these seasonal conditions on the company’s financial earnings for the 2019 financial year (ending March 2019) is expected to be material.

“Management is currently working through an evaluation of the situation.

“An update will be provided when further assessments from the ground are available.”