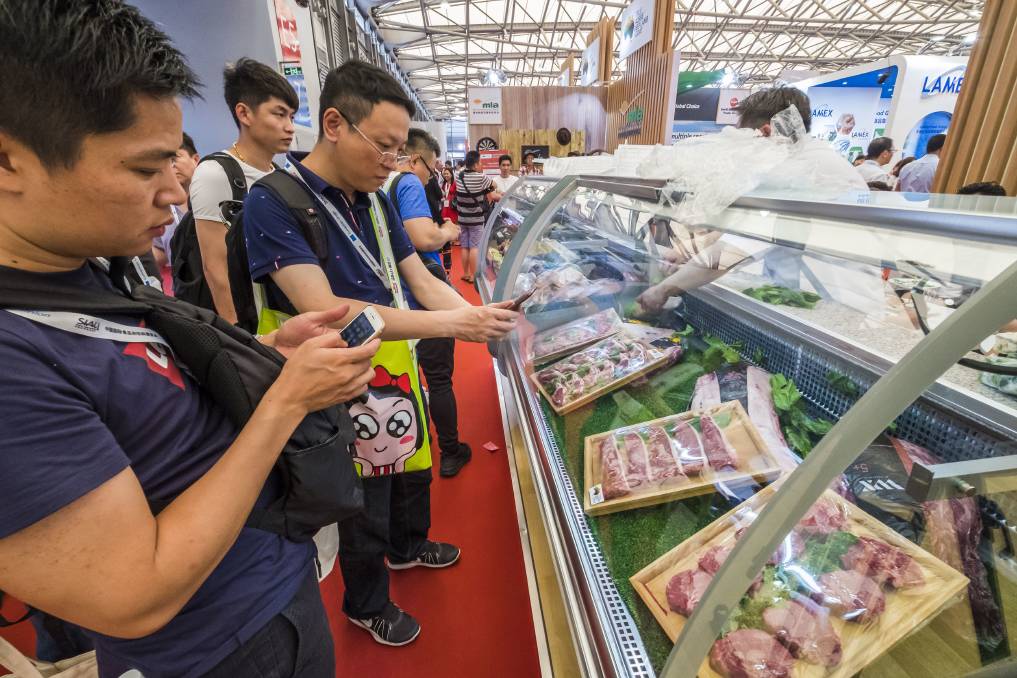 China's keen interest in Australian beef has continued to grow with high exports during February.

Beef sales to China almost eclipsed shipments to the United States in February as overall exports jumped to almost 95,000 tonnes.

The continuing rise in China’s appetite for Australian beef provided a high note as the cattle industry battles drought and falling saleyard prices.

Beef exports for February climbed to almost 95,000 tonnes on the back of higher grassfed cattle slaughter and a weak Aussie dollar.

Meat and Livestock Australia said shipments were up 11 per cent compared with the same month last year.

It said demand has been led by China – the third largest destination in February and just shy of volumes to the US – which recorded a 65pc lift on 2018 levels at just over 19,000 tonnes.

Expanding volumes to China was on the back of a demand surge throughout 2018 that pre-dated the advent of African Swine Fever and has been underpinned by a number of factors including the growing number of affluent consumers, MLA said.

However, shipments to Korea expanded for a second consecutive month following the return of lower tariffs under the 2019 import safeguard.

Australian beef exports to Korea were up six per cent year-on-year, at just under 14,000 tonnes, with frozen grassfed chuck roll leading the growth.

Despite growing domestic supplies, beef shipments to the US expanded 15pc year-on-year in February, to almost 20,000 tonnest, with elevated cow slaughter in Australia underpinning a 17pc lift in frozen manufacturing exports, MLA said in its latest report.

Meanwhile, the cattle market retreated further this week as turn-off ramped up across NSW and Queensland.

Parts of northern Queensland received intense monsoonal rainfall during February, however many areas received next to none including south-east Queensland and north-east NSW.

While producers have been dealing with a lack of pasture and high feed costs for many months, many now face severe shortages of stock water.

MLA said the market appeared to have reached a tipping point, with prices in decline across most categories. Young cattle were struggling to find a home due to a lack of interest from feedlot buyers and restockers alike, while over-the-hooks indicators have also begun to fall.

For the week ending March 1, yardings in NSW, Victoria and Queensland rose by more than 10,000 head on the previous week to 70,000 head.

Northern saleyards such as Casino, Armidale and Gunnedah have seen rising numbers over the last fortnight.

Eastern states cattle slaughter for the week ending March 1 rose five per cent on the previous week to 154,000 head, up 19pc year-on-year. This represents the highest level since October 2015.

On March 6, the Eastern Young Cattle Indicator fell to 407c/kg carcase weight (cwt), down 30c week-on-week and down 155c year-on-year. Increased weaner supply and limited demand were responsible for the decline.