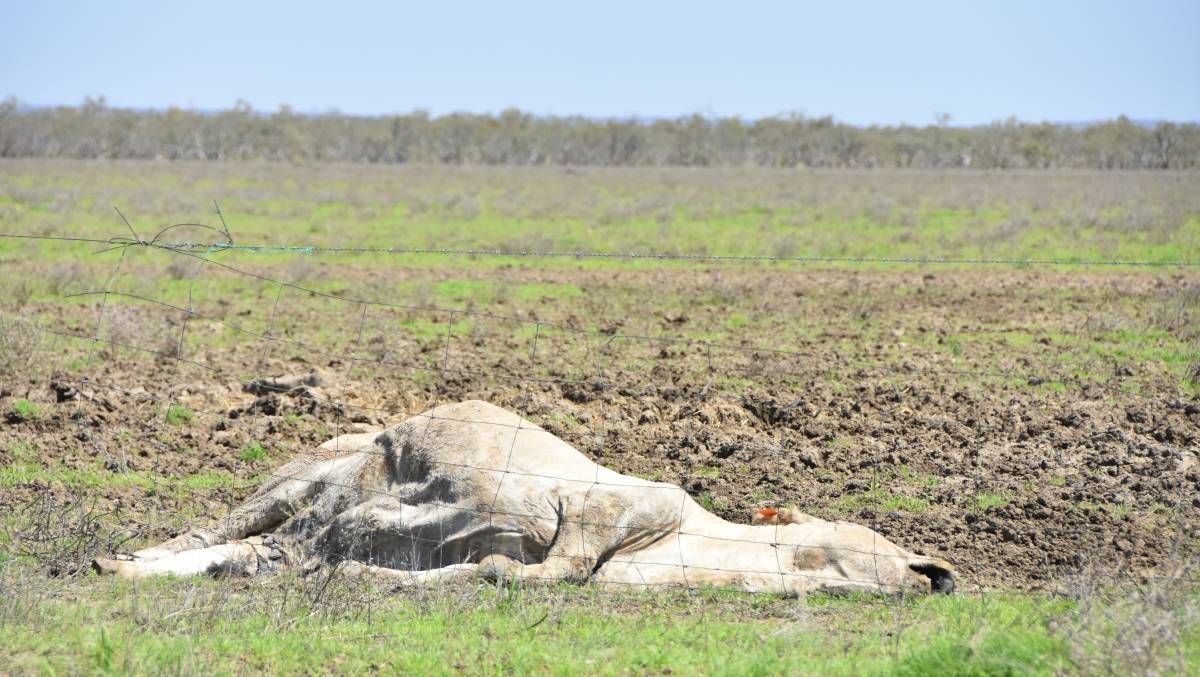 A dead cow lies in a muddy paddock on the outskirts of Winton.

Barely a month after the flood disaster, producers are praying for rain.

Barely a month after devastating floods swept through the western Queensland shire of Winton, beef producers are again hoping for rain.

Stations in the north and north west parts of the shire were smashed by last February's flood disaster, with single properties reporting stock losses in the high thousands.

At the time there was thought to be one silver lining to the flooding - the anticipated feed burst - although producers coming to grips with the disaster say more rain is now needed to capitalise on the conditions.

Tahnee Oakhill, from Bernfels Station about 70 kilometres north west of Winton, has said as much as 90 per cent of the family’s 1000-head herd had died in the aftermath of a downpour that brought 560 millimetres of rain to their property

She said grass now coming through on the property had gone to seed early, cruelling the chances of making income through hay.

"Grass has gone to seed very early, which is disappointing as its barely a foot off the ground, so there will be no chance at bailing it for hay and getting an income that way unless we get an inch or two on it. 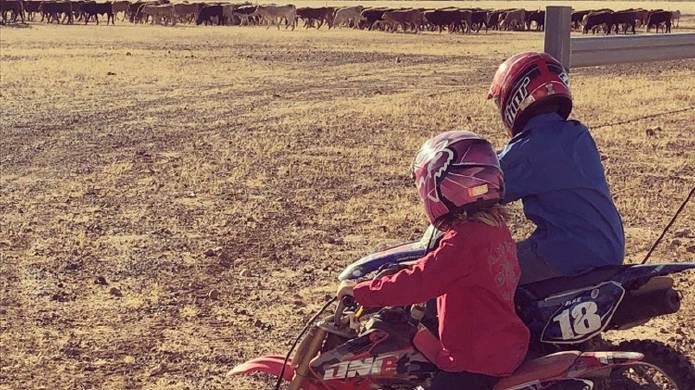 Hadley and Hudson in drier times on Bernfels Station.

"There's a lot of weed and grass hasn't come through the way we would have expected with such a significant fall."

Offering other producers agistment as a way to make an income was also looking unlikely at the moment, Mrs Oakhill said.

"Plenty of people are pulling into the homestead from as far as NSW chasing agistment but we can't really offer much at the moment as what feed is there won't last the year."

About six months ago Mrs Oakhill and her husband Ross had stocked their property with 440 steers, which they had planned to offload in late February.

Elders Winton branch manager Scott Taylor said without further rain there was about a year's worth of feed on some Winton properties.

"If we had two inches of rain it would change things," he said.

"But for the moment some people are hanging on to what they've got. They've got enough cattle to see them through to the end of the year without any rain, so they are not buying too many.

"Hopefully it does rain again, but there's no guarantee." 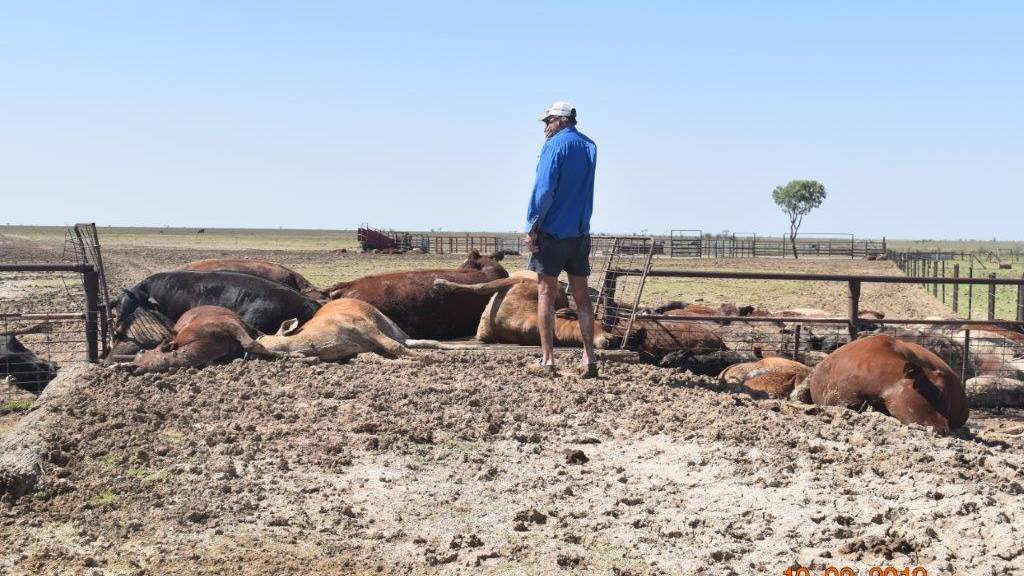 Surveying the damage in the aftermath of the floods at Weston Station. PHOTO: Cyndi McQueen.

Stark photos from Mal and Cyndi McQueen's Weston Station cattle property near Winton gives a small glimpse into what life on the land has been like in the aftermath of the flooding disaster.

The photos show dead cattle piled in the corner of a field, surviving cattle huddling for warmth in the middle of a sodden paddock and sheep drying out in one of the sheds.

Bales of hay are rolled out across drenched yards and fences are mended in shin-high mud.

In the wake of the disaster Winton Shire Council Mayor Gavin Baskett toured the region by helicopter to see first hand what some properties were dealing with.

Some cattle stations had suffered massive stock losses that could be as high as 10,000 cattle, Mr Baskett said. 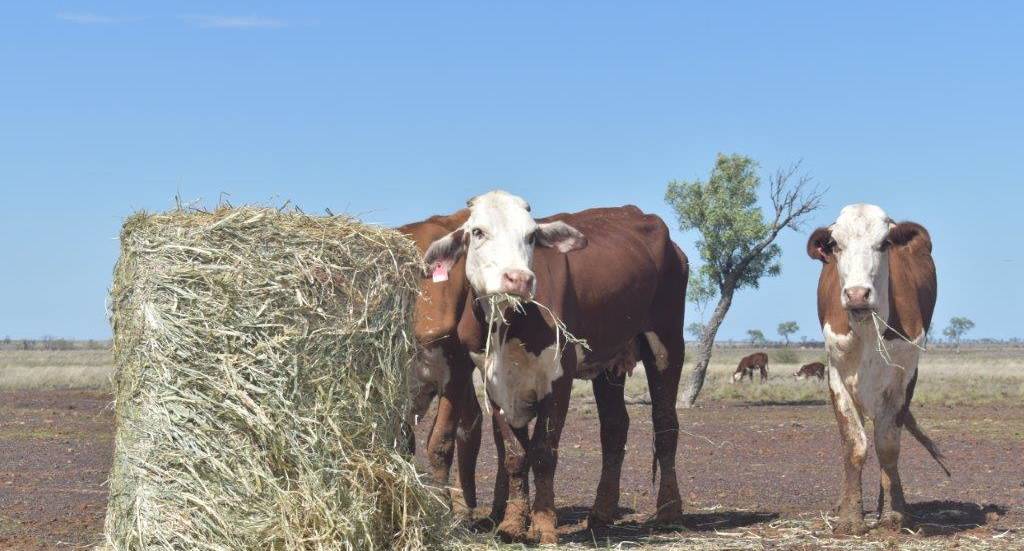