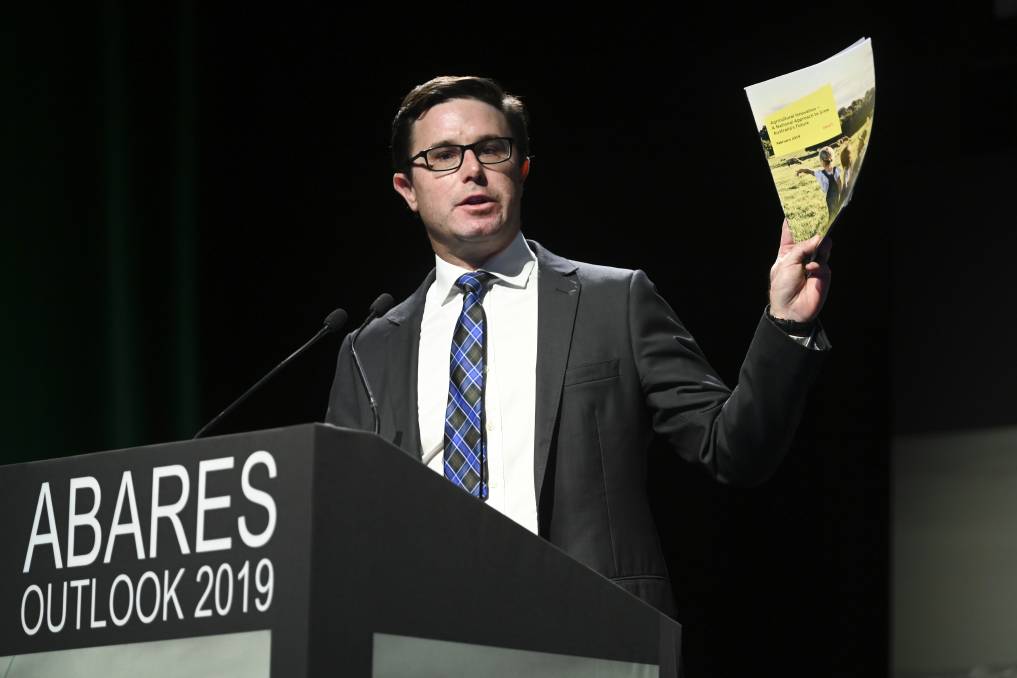 Littleproud launches a $30m trial of an environment stewardship fund to pay landholders for biodiversity benefits and carbon capture.

Family farmers will be paid for the public benefits they generate on their land under a new environmental stewardship policy being trialled by the federal government.

Agriculture Minister David Littleproud announced on Monday night a $30 million pilot Agriculture Biodiversity Stewardship Program, which would deliver payments to private land managers who improve the landscape or capture carbon on their property.

"This is aimed at family farmers," Mr Littleproud said.

"I've always thought farmers should be paid for managing the biodiversity on their properties that can become a passive and drought-proof income stream."

The trial will be rolled out in selected regions, across a range of commodities. A methodology to measure outcomes on farmland will be developed in consultation with Australian National University and agricultural stakeholder groups.

The stewardship policy will be popular in the agriculture sector, but farmers will be waiting to see how much money would be available under a fully-fledged scheme.

In February, the federal government announced a Climate Solutions Fund to meet Australia's international commitment of 26 per cent emissions reduction by 2030 under the Paris agreement.

The Climate Solutions Fund is worth $200m a year over 10 years to meet the Paris target and was criticised for its lack of funding.

It mirrors former PM Tony Abbott's Emissions Reduction Fund, and targets the transport and energy sector as well as agriculture.

It pays landowners for biodigesters to reduce methane from animal waste, revegetation, livestock herd management, soil carbon sequestration, as well as energy efficiency in the resources, transport and development sectors.

The Emissions Reduction Fund was launched in 2014 by Mr Abbott with a funding commitment of $500 million a year.

The review's findings focused on environment stewardship and was handed to the federal government several months ago, but is yet to be released.

Mr Littleproud also announced an extra $4m, on top of the $30m for the stewardship fund, to develop an internationally recognised biodiversity certification scheme to help farmers capture value by promoting their sustainability credentials of their produce in domestic and international markets.

"If shoppers are prepared to pay more for produce which comes from farms which look after biodiversity then let's create a brand and reward farmers who do that," Mr Littleproud said.

"I'm offering a carrot to farmers who look after biodiversity, not a big stick for which is what Labor will introduce if elected," he said.

Labor has committed to a $15 billion plan to cut emissions on 2005 levels by 45pc across all industries and to achieve 50pc renewable energy in national generation mix.

The Opposition is yet to detail its plans for other significant emitters, including agriculture.

Labor's climate change spokesman Mark Butler support carbon farming schemes and has promised that agriculture would be exempt from a 45pc emissions reduction target under his party's policy.

Last month a coalition of stakeholder groups launched a campaign for a stewardship fund, including the Red Meat Advisory Council, Farmers For Climate Action, Greening Australia and the Forestry Products Association and the National Farmers Federation.