READY: President of the Australian Pecan Association, Scott Clark, Lismore, NSW, with a prime example of the nut which he says has a lot going for it.

A re-jig of the Australian Pecan Association has it ready for future growth.

THE trees have no major insect pests or diseases, they can live up to 400 years and their produce is currently bringing the same money per kilogram as macadamias.

They sound almost too good to be true.

Welcome to the burgeoning world of pecan nuts.

The Australian pecan industry is steadying itself for expansion as existing growers look to invest further while those outside the industry are having a serious look at the native American nut.

Part of this expansion includes farming information days, the first for the year being held at Boyne River Pecans at Mundubbera, Queensland earlier this month.

In an indication of the interest, some 50 people attended the day, travelling from as far as Lismore, Toowoomba and Goondiwindi to find out more.

A name change for the association and a new logo are just some of many steps being undertaken in the industry's gradual rise. 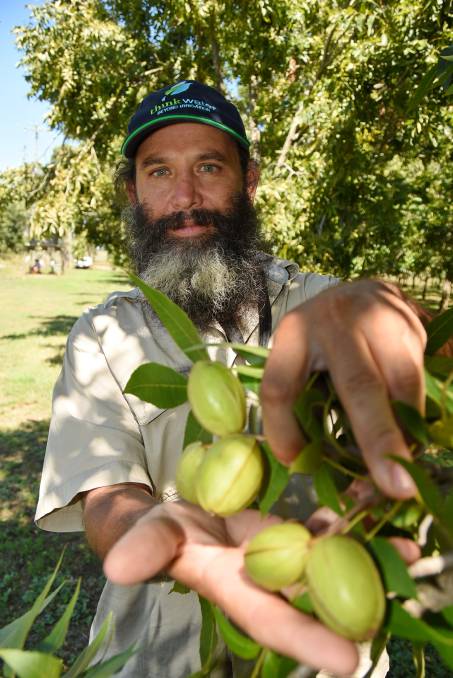 President of the APA, Scott Clark, said the change was implemented to better encompass associated industries like supply chain partners, processors, bankers, lawyers and anyone connected to pecan nuts.

"If we get a whole industry wide understanding of how things grow, everything is going to go a lot better," Mr Clark said.

The organisation is also nearing completion of a grower's guide which it hopes to have out by the end of the year.

SCOTT Clark has held the presidency for the past decade as well as looking after his own 5000-tree orchard at Lismore, NSW.

He said he's seen significant growth in the industry in the past two years.

"When I first became president 10 years ago I used to get one or two inquires about pecans a year. Now I'm getting one or two a week about potential new growers," he said.

That push comes from demand. China, India, Korea and the United Arab Emirates are all making inquiries to secure Australian pecans. 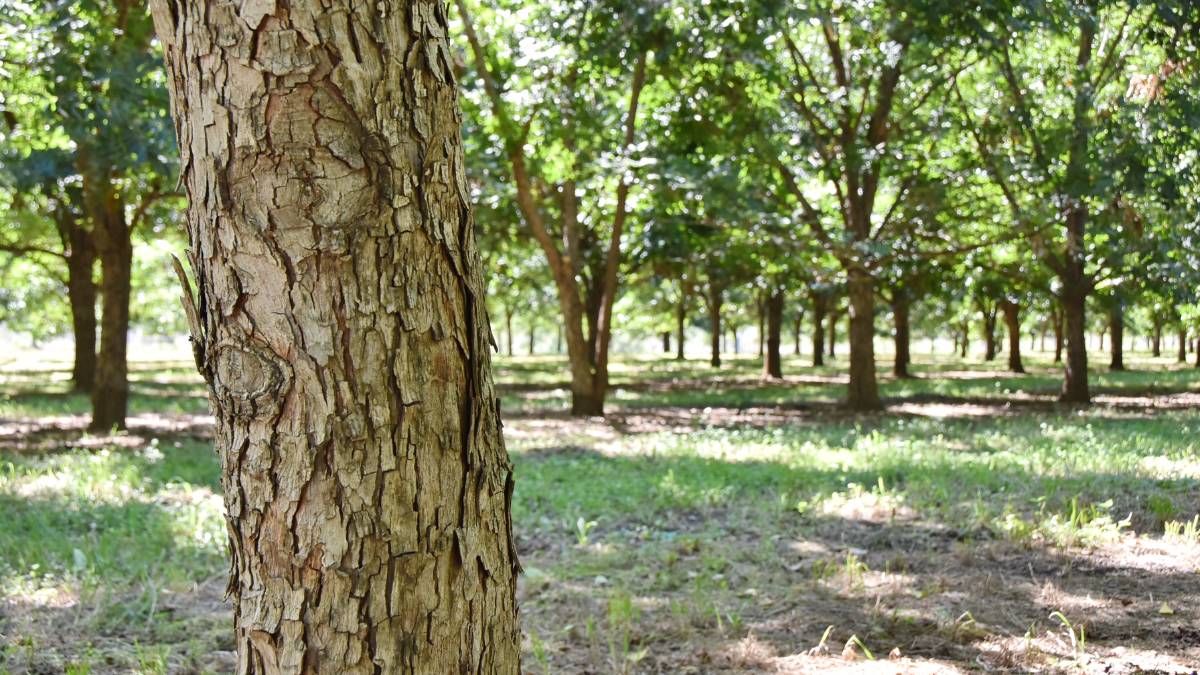 GROWTH: Pecan nut trees have a long lifespan but can start producing about 1kg of nuts per tree after about six years.

"The problem is we don't have the nuts. We are trying to increase the profile of pecans," Mr Clark said.

"They are quite a hardy tree, adaptable to a wide climate area, they yield well and the price is quite good at the moment at sort of $5 to $6 per kilo for nut-in-shell at three to four tonnes per hectare so you can get a good return."

While that return price is comparable to the pin-up boy of the tree nut industry, macadamias, pecan nuts may very well have a few on-farm advantages.

"Pecans will grow in a wider range of soil types and climates than what macadamias will," Mr Clark said.

MONEY: The current price for pecan nuts is between $5 to $6 per kilogram.

"Macadamias won't tolerate frost whereas pecans like a good frost during winter."

After about six years, trees will bear about 6kg per tree, hitting full production at around 15 to 18 years where they can put out as much as 20kg per tree.

ACCORDING to Boyne River Pecans owners, Boyd Paton and wife Michelle Chicken, the deciduous nature of pecan trees provides an ideal management strategy which works in with their cattle production.

"By May here, the trees will have nearly lost all of their leaves," Ms Chicken said.

"So naturally there are a couple months of the year there where the work and the labour in the actual orchard itself is relatively minimal.

"For mixed operations like ours it gives us time to focus on the other things we do on the property." HARVEST: Michelle Chicken and Boyd Paton show off some of the crop at their Boyne River Pecans property at Mundubbera, Qld.

The only spraying the couple does are foliar nutrition sprays, while interrow grasses are kept short by grazing sheep.

Pecan trees are air-pollinated (there are male and female trees) meaning they don't require bees.

Cockatoos and crows however present the major pest problem, something Boyne River Pecans is combating with gas-guns.

The operation has also taken advantage of the progress of other nut industries such as the expansion of the almonds in the Riverland, SA, by purchasing good quality, second-hand "tree shakers" and harvesting equipment at a fraction of their new price.

Ms Chicken said one of the best bits of advice she could give to new growers is to choose their varieties carefully, with some performing better under inland conditions whereas others do well on coastal areas.

THE largest pecan nut grower in Australia is the Toowoomba-based, Stahmann Farms. NEW: This product from Stahmann Farms is targeting airline travellers with hopes of increasing both brand and pecan nut awareness.

Stahmann Farms currently has about 100,000 bearing trees at its 700-hectare farm, Trawalla, at Moree, NSW.

It also boasts about 60,000 non-bearing trees on an additional 300 hectares, plus another 400 hectares which is yet to be planted.

Stahmann has also invested in macadamias with about 70,000 bearing trees, 20,000 non-bearing trees and 840 hectares classed as "green field sites".

"In the confidence sense, it's great," Mr Crimmins said.

"The company is investing in expanding the pecan side of our business, as well as the macadamias, so we obviously see a future; a big future, a long term future, so, get into it, I guess is the message."

He also outlined a new product- a 20g packet of maple and vanilla flavoured pecan nuts designed for airlines, under its Riverside All Australian brand.

"At the end of the day, there's probably not a lot of money in that for us but people fly on airlines, they get to know pecans so it's all about pecans and our brand, Riverside All Australian," Mr Crimmins said.

THE pecan farming information day was sponsored by Suncorp Agribusiness.

He said he had the privilege of seeing the books of many horticulture operators which gave him insight into trends. "The biggest observation I make as a banker is that the labour input costs in terms of nut farms compared to any other farm, are far lower," he said.

Mr Simon said mechanisation was having a huge impact on lowering the cost ratio of farm labour for nut growers.