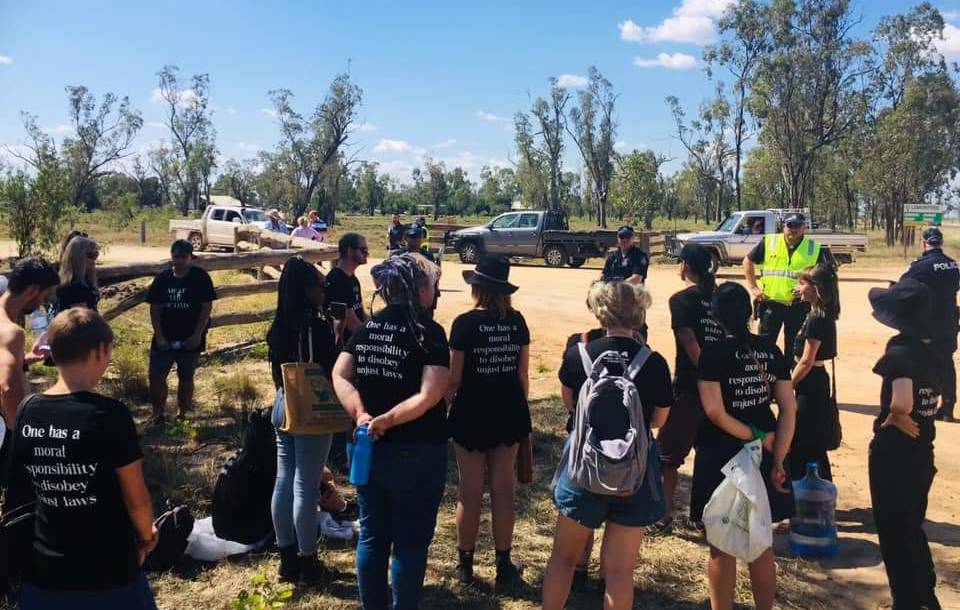 Police say the best response is no response if activists enter your property.

Police say the best response is no response if activists enter your property.

In the wake of recent protests by animal activists and talk of further actions this weekend, Queensland authorities are urging landholders to consider how they respond.

A group of more than 40 landholders and property managers attended a police information session at Meandarra in southern Queensland on Wednesday afternoon to discuss the best course of action should protesters invade properties in the region.

"The protest groups will be looking to elicit a response which will assist their media profile and paint the owners and workers in a bad light," he said.

"Our advice is that the priority is safety of everyone involved from both sides and to minimise any damage or injury to stock that might be on site, and just some restraint in the face of whatever provocation is coming at them.

"If the footage is too tame for these protest groups then it's probably not worthy of them posting it.

"We're recommending restraint where possible and just ensure that their business practices are up to speed, and basically ensuring that there's nothing untoward that the protesters will be targeting."

Sgt Stenner said the session was well-received by attendees who voiced concerns about the lack of any perceived enforcement action against the protesters who invaded Lemontree Feedlot at Millmerran.

"The response is that police as always will be investigating any complaints," he said.

Sgt Stenner said landholders should record the actions of protesters and in the event that they became violent or destructive, the footage will speak for itself.

"My first priority is always to emphasis the safety of everyone involved and not put themselves in any firing line," he said.

"Let the recording do most of the work.

"Whilst they are heavily reliant on social media themselves to promote their cause and demonstrate their protest, at the same time they are going to be very considerate about what footage might appear about their behaviour, so I'm anticipating and I'm hoping that both parties will undertake a peaceful event.

"Understandably, this is people's lives, their family homes and their livelihoods and i think history will judge that they were quite entitled to protect themselves."