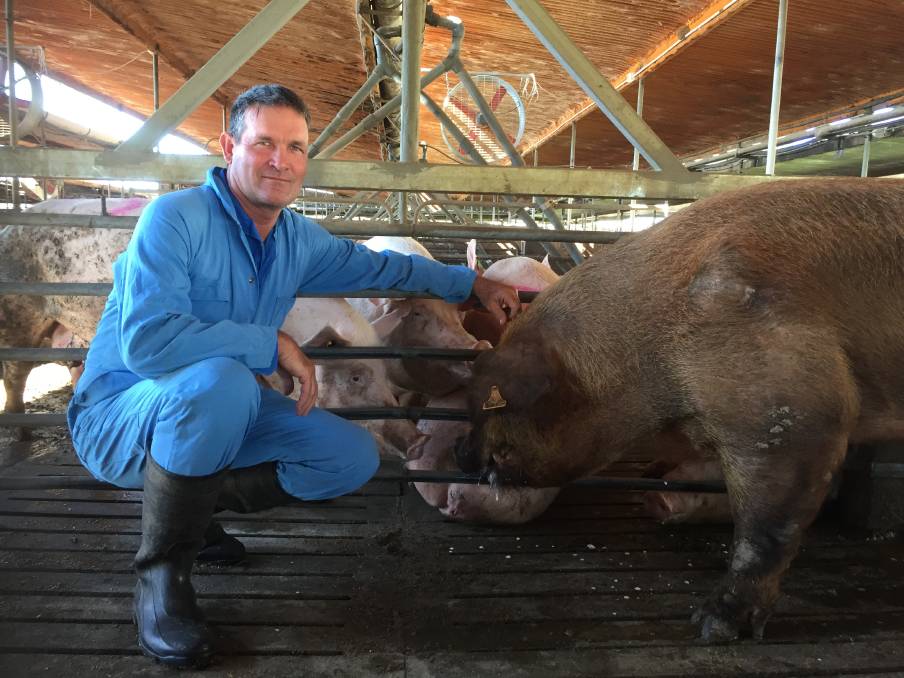 Gary and Wendy McGuire, Glasshouse Country Farms, Sunshine Coast, have been the target of three 'Meat the Victims' protests over the past 15 months.

Landholders are concerned they will be left unable to protect themselves against an invasion of animal activists during protests planned across Queensland in coming days.

Gary and Wendy McGuire, Glasshouse Country Farms, Sunshine Coast, have been the target of three 'Meat the Victims' protests over the past 15 months and say they are wary of further attacks.

This weekend marks the year anniversary of the release of the anti-farming documentary 'Dominion' and activists are rallying to invade farms in Queensland, New South Wales and Victoria on Monday.

Mr McGuire said he was concerned about what lay ahead.

"It's 12 months since they had a sit-in protest on our farm with 70 activists breaking into one of our sheds and then not leaving," Mr McGuire said.

"We think possibly that we might be the target again because of our location close to Brisbane.

"They know our farm pretty well, they know where to go, what to do and how to get there."

Since the attacks, the McGuires have increased security on their properties with the installation of perimetre fencing and surveillance cameras, but say they have nothing to hide.

"We've had two biosecurity audits after the raids in response to complaints from the vegans and both those audits found that everything was fine, so we're not hiding anything," he said.

"We really needed to put the fence up to give a bit of security for our workers; some of them live on the farm and the house is very close to the sheds.

"To have people sneaking around at night time setting up cameras and sneaking into sheds - once the security went up everyone felt a bit happier and that they had a bit of protection from these people."

Despite the agriculture industry being frustrated by a lack of action from police and government, and a directive that the best response is no response, Mr McGuire said he would not engage with activists if they entered his property.

"I don't think you achieve anything by getting into conversation with them because they only see one side of the story, so it's pretty pointless to engage with them," he said.

"Given the fact that they're basically just after publicity, the more confrontation that happens the better they like it, and the more mileage they make out of it."

Mr McGuire said they would have to wait to see what happened over the coming days, but he hoped they weren't targeted.

"It's a pretty distressing thing to go through," he said.

"We see ourselves as farmers and producing food for people, and then to have people attacking you for doing that, it takes a bit to get your head around that sometimes.

"It's gotten to the point where there's not much more we can do than what we've done, and we need the authorities to step in and stamp this behaviour out."

Mr McGuire said even more critical than trespassing laws was the lack of fines or repercussions from a biosecurity perspective.

"I think that's one area that needs to be addressed because that's where a lot of damage can happen by introduction of disease," he said.

"They get dressed up with all the gear on but I think it's only a token thing, and we don't know where they've been or what they've been doing before they've come."