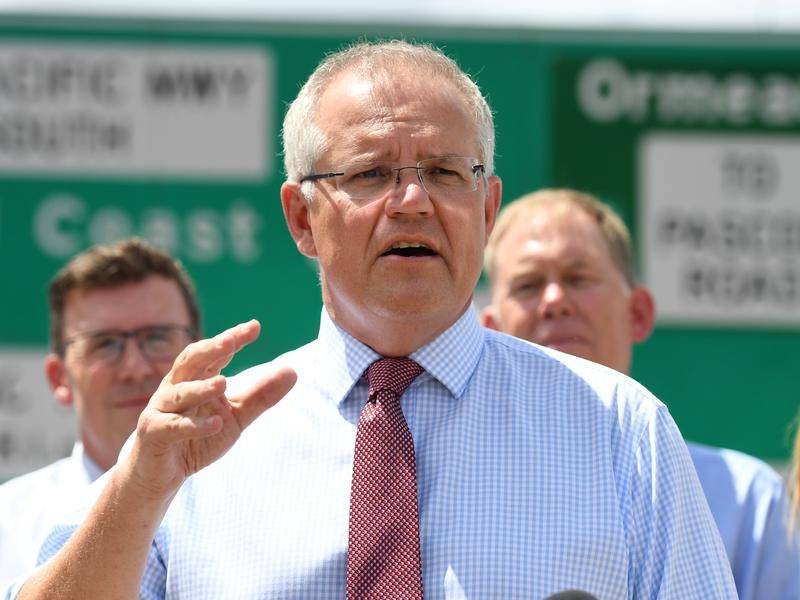 Scott Morrison has also scolded the "shameful" actions of vegan protesters who have invaded farms and abattoirs.

Scott Morrison has admonished as "un-Australian" the animal activists behind a controversial map of farmers' addresses and contact details.

The prime minister has also scolded the "shameful" actions of vegan protesters who have invaded farms and abattoirs.

"It is shameful, it is un-Australian," Mr Morrison told 2GB radio on Monday.

The Morrison government has put the Aussie Farms website under privacy laws, exposing it to much tougher penalties for refusing to take down the map.

And as about 20 animal rights campaigners chain themselves to equipment at a Queensland abattoir, the prime minister expects the police to play a role.

"I'm expecting state governments - as I'm sure they will - to do their jobs," he said.

Up to 200 others remained outside the Warwick facility, protesting against what they said was the barbaric slaughter of sheep and pigs.

Brad King, from the activist group Farm Animal Rescue, was among those at the protest and said animals slaughtered at the site had endured terrifying deaths.

He is drafting regulations that would allow police and agriculture ministers to slap protesters with on-the-spot fines.