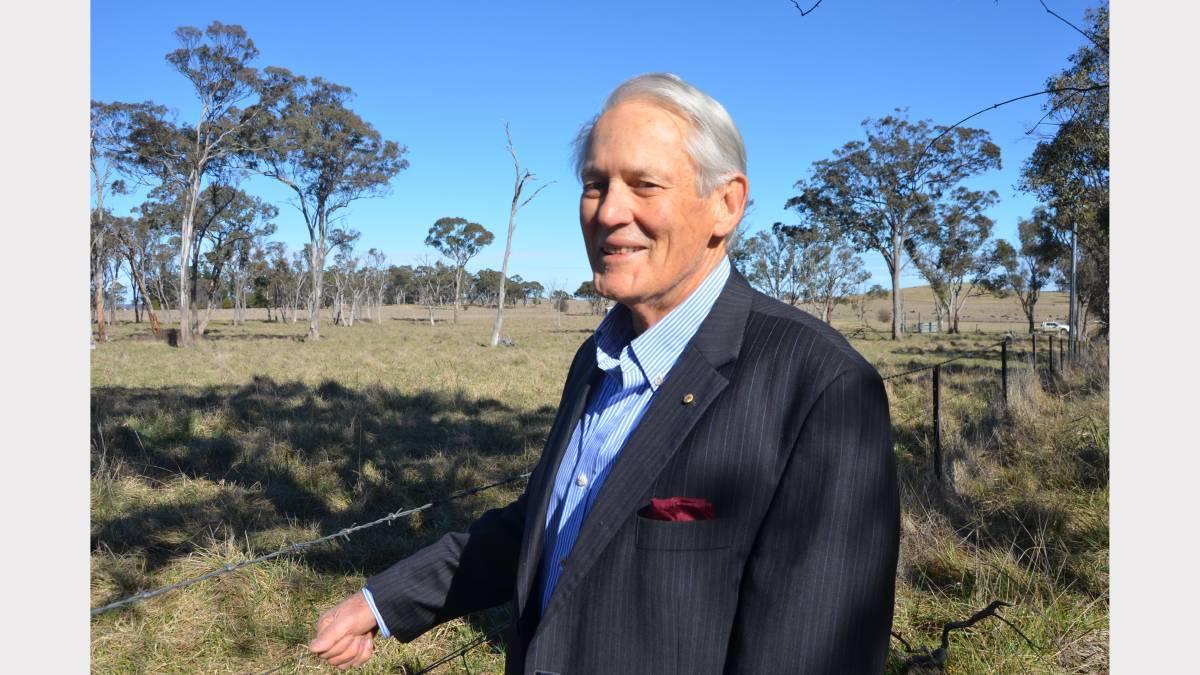 The late Dr Arthur Rickards doggedly pursued is passion for ensuring agricultural technologies and innovations developed by universities were adopted by commercial producers.

Australian agriculture has lost a giant achiever with the death of Arthur Rickards, OAM.

Australian agriculture has lost one of its giants with the death of Arthur Rickards after a long battle with illness.

Dr Rickards died in Armidale last Friday, April 19. He was 77.

Philip Arthur Rickards OAM grew up in rural Queensland where he was a state champion junior middle distance runner in 1957 and one of the few people who carried the Olympic torch for the 1956 and 2000 Olympics.

He loved sport and was also a champion rifle shooter but made his biggest mark in agriculture after completing an agricultural science degree at the University of Queensland and post-graduate studies at New England University (UNE).

Dr Rickards established the Agricultural Business Research Institute (ABRI) on July 1, 1970, with two staff and plenty of dreams about how to facilitate the adoption of new UNE technology across rural industries.

During the next four decades under Dr Rickards' guidance, ABRI developed and/or implemented many innovative technologies that have made significant contributions to agriculture, particularly the livestock sector.

His list of achievements included the launch of the National Beef Recording Scheme in the 1970s.

The big wins kept coming in the 1980s with the launch of the New England computerised marketing sale-by-description of livestock (which has led to AuctionsPlus), import of cattle via Cocos Island (which rejuvenated our genetic resources) and Breedplan which has become an international success.

The 1990s saw the launch of Dairy Express, an advanced dairy herd recording system, the Omega 3 enrichment of eggs and the international marketing of the breed registry and Breedplan systems.

In the 2000s the Internet Solutions information system was released (now receiving millions of page hits per month) along with a certification service to provide quality control for genetic exports and several new herd breeding and management systems.

Dr Rickards retired in 2011 but continued in a part-time business manager role at ABRI and even after he collapsed in 2012 and his subsequent struggle with liver disease.

By 2010 ABRI had expanded Breedplan to 20 countries including the US, Canada, the UK, South Africa and New Zealand.

Dr Rickards was an opportunist and a networker always ready to pounce on government funding for innovative projects or a government department looking for a third party to provide genetic evaluation services.

"He had great attention to detail, leaving nothing to chance," he said.

"Arthur had a huge network of contacts from fellow undergraduates, university academics, business people and former employees which he used widely."

In 2016 he took on the role of president of ARCBA, a peak body for breed associations which he founded with his great friend, Dick Vincent, WA.

Dr Rickards was awarded an Order of Australia Medal (OAM) in 1996 and an honorary doctorate by the University of New England in 2003, both awards were in recognition of his achievements and contribution to Australian agriculture.

A memorial Service will be held for Dr Rickards at 11am on Monday, April 29, at the Uniting Church in Armidale where he and wife, Deidre, were married in December 1970.

Deidre survives him along with their two children, Alice and Gareth.