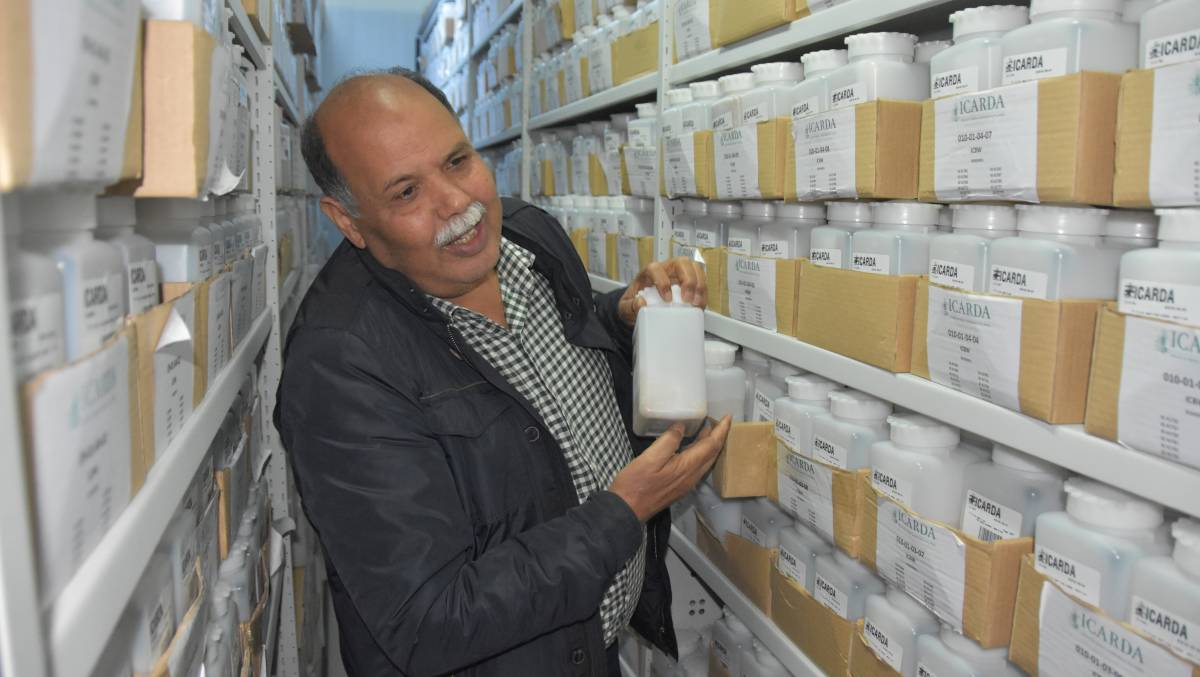 Ahmed Amri with some of the accessions, or crop samples, at the ICARDA gene bank in Rabat, Morocco.

THE PATH to identifying a useful trait to be used in plant breeding is a long and laborious one.

Plant breeders often compare the process to trying to find a needle in a hay stack, with thousands of varieties to be processed in the search for the elusive quality that could help develop a wheat line with better drought tolerance or a barley with better disease resistance.

However, things have got easier in recent years due to a process funded by the Grains Research and Development Corporation (GRDC) to help target key varieties more likely to throw up the qualities required to make breeding advances.

The International Centre for Agricultural Research in Dry Areas (ICARDA) has refined the Focused Identification of Germplasm Strategy (FIGS), based on pioneering work by Australian scientist Michael Mackay in the 1980s.

"The value for breeders is that it can cut down the amount of material they have to look at to try and find something," Dr Kehel said.

"The targeted material the FIGS data set throws up has allowed researchers to identify a trait within a much smaller data set, when where they were searching without it they had processed a much larger sample size without success."

Given there are literally millions of seeds stored globally in seed banks, allowing breeders to more effectively identify varieties likely to be useful is a breakthrough in terms of both time and cost.

It has led to new, useful genes being identified, with FIGS sets available over eight important crops, including wheat, barley and chickpeas and for traits such as frost tolerance, ascochyta resistance and tolerance of the pest insect leaf miner.

The premise of the FIGS concept is that the environment shapes crop adaptation to conditions.

FIGS looks to identify data that can determine and quantify relationships between specific growing conditions and the presence of sought after traits such as heat or salinity tolerance.

"It means different genetic material brings different things to the table, we know Ethiopia is a disease hotspot while cultivars grown in hot climates such as Sudan are well adapted to tolerate heat," said ICARDA head of genetic resources Ahmed Amri.

The extensive ICARDA gene bank, featuring wild relatives of popular domesticated crops and ancient land races, varieties passed down through the generations by local farmers in a narrow geographic area, has much potential in terms of providing novel genetics for improved crop types.

Dr Amri said the algorithms used in the FIGS data generation process would continue to improve as more information about the samples became known.

"It is something we hope will get better and better as an identification tool," he said.

In terms of practicalities, Dr Amri said first key climatic zones for the traits were identified, then genebank accessions from that particular locality were thrown up. 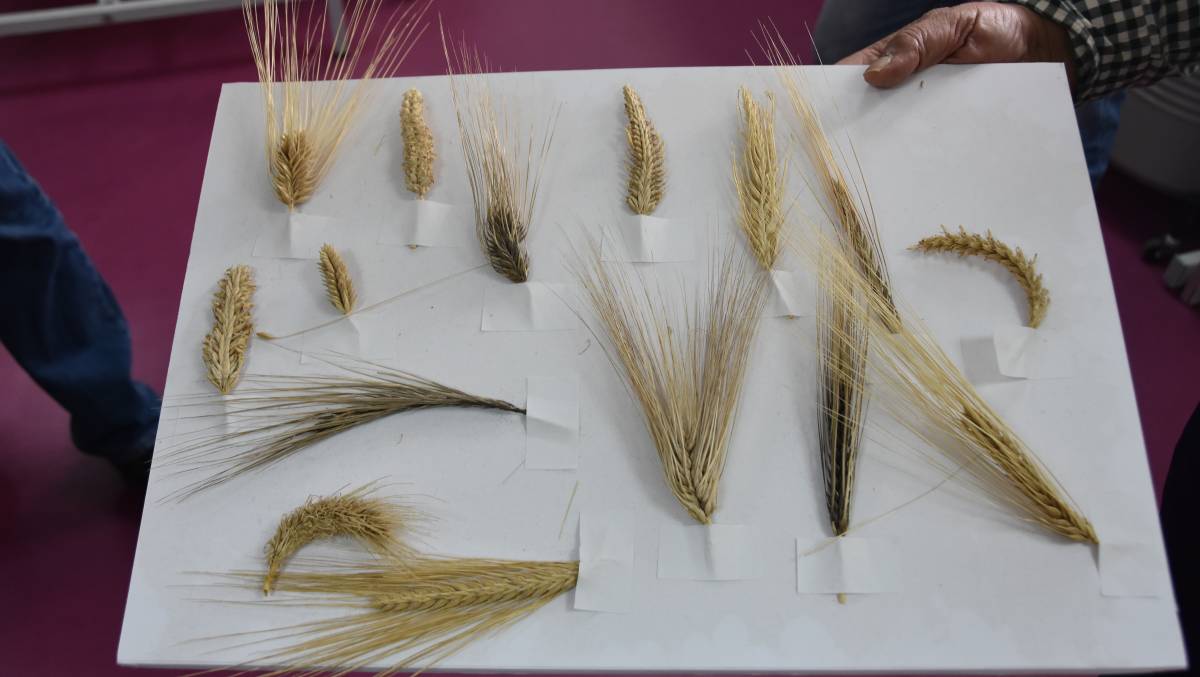 The genetic diversity of the ICARDA gene bank is summed up in this display of markedly different barley cultivars, all grown from the collection.

"It is not a guarantee of success, but it means the accession identified are the ones that have a higher probability of containing the traits and genes we want."

Although the data collection is much more sophisticated, the premise is the same as when Mr Mackay was trying to find traits to help breed boron-tolerant wheat.

He identified a number of sites across the Mediterranean where there were soils of marine origin, which means the chances of boron toxicity are much higher.

However, Dr Kehel said he wanted to improve the usability of the computer programs required with FIGS.

"We want to make it as efficient a process as possible to get hold of the data breeders want."