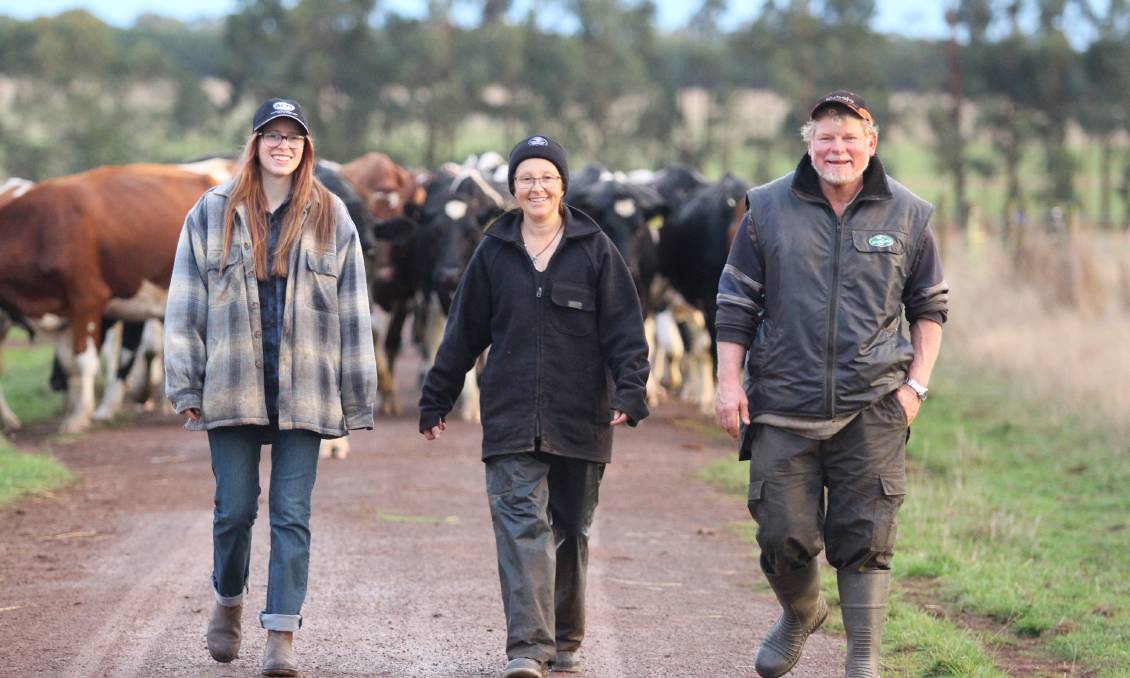 Bungador ACM organic suppliers Catherine and Russell Ford with their daughter Suzanne (left) have more confidence in the dairy industry thanks to organic certification.

The opening salvo in the battle for milk supply in southern Australia next season has been fired with Burra Foods announcing last week an opening farmgate milk price range of $6.40-$6.70 a kilogram milk solids.

It is the highest ever opening price announced by the company.

In a letter to suppliers, Burra Foods chief executive Grant Crothers said the price was 14.5 per cent up on last year's opening price.

It was released on May 1, significantly earlier than before, and in response to farmer requests for earlier next season price signals, he said.

"There have already been price signals from some dairy companies firming up prices for 2019/20," he reported in Rabobank's May Agribusiness Monthly.

"With competitive tension for milk running hot - there will be near-record milk prices on offer in the new season."

Milk processing companies are battling to hold supply in the face of falling production.

The latest production figures from Dairy Australia reveal production is down 6.4 per cent across the country, with massive falls in northern Victoria (down 17pc), NSW (down 10.1pc) and Queensland (down 10.1pc).

In the meantime, Saputo Dairy Australia announced it would not lift its current season price, despite an improving world market.

"While world markets have continued to show some improvement in the past few months, mainly due to easing growth in milk production and a reduction in skim milk powder stockpiles in the European Union, prices declined across dairy commodities during the first half of the 2018/19 season," a company spokesperson said.

Saputo announced it was holding its current average farmgate milk price at $6.05/kg MS for season 2018/19.

It said it would review the price again in June, when it would announce the final closing price for the season.

But Saputo did point to an optimistic outlook for 2019/20.

"Seeing the signs of a sustained recovery in the market provides an optimistic outlook that milk prices can improve in the season ahead," the spokesperson said.

Burra's opening price is in line with the price forecast by Rabobank.

He forecast double-digit falls in milk production to continue as the season wound down.

Rabobank expects these forces to culminate in the national milk pool finishing the 2018/19 season at 8.6 billion litres, down 8pc for the season.

But the Rabobank report did point to improving global market fundamentals.

"In the same month, New Zealand milk production was down 7.5pc on a milksolids basis." 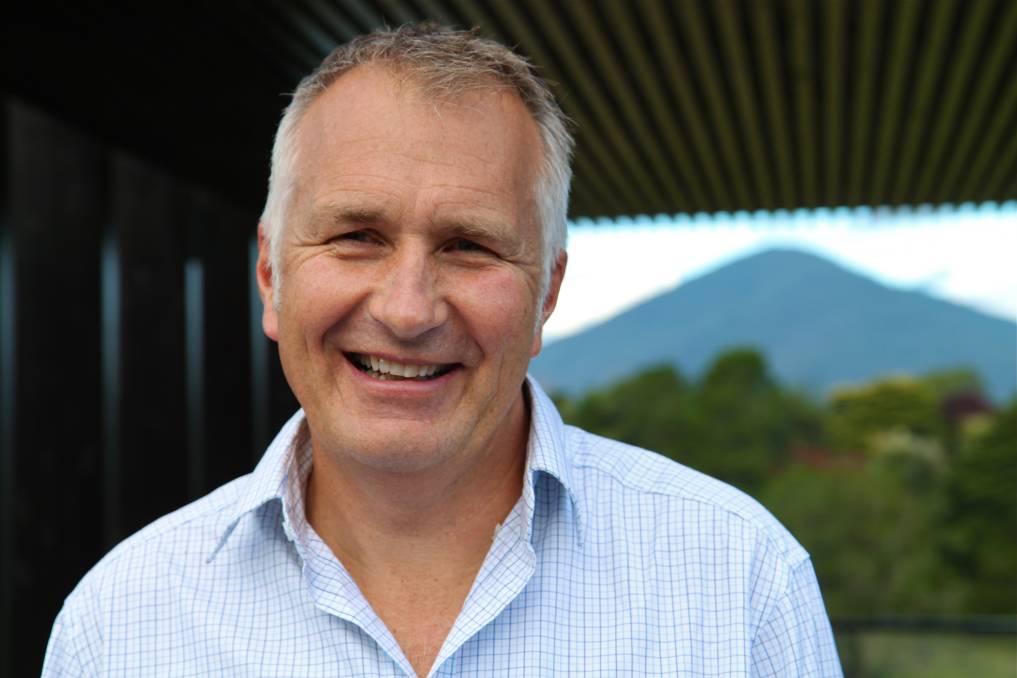 Grant Crothers: As a major initiative and a first for Burra Foods we have brought forward our opening milk price announcement.

Mr Crothers said the Burra price reflected its confidence in demand for its product range and the current outlook for commodities.

The price range reflected the price received by the majority of its suppliers, regardless of whether they had already received the 2019/20 annualised portion of their commitment bonus.

It is also based on equal value for butterfat and protein.

Mr Jones said the 9 & 3 milk price payment system allowed suppliers to focus on milk production and produce milk when it worked for their farming system, rather than trying to match milk flow to higher priced months.

The opening price is $0.10/kg MS more than this year's closing price.

Mr Jones said ACM was working on building cheese manufacturing at its Girgarre, Vic, site to complement the production of organic milk powders and organic butter there.

"The development of the organic business is going ahead in leaps-and-bounds," Mr Jones said.

"With our own speciality factory at Girgarre and long-term agreements with businesses such as Bellamy's Organic we are now better-placed than ever to take advantage of this growing appetite for organic products."

ACM has also changed the value weighting of protein and butterfat, bringing the ration from 2.2:1 in favour of protein, to 1:1.

"This will take the pressure off our organic suppliers and will simplify, even further, our price payment system," Mr Jones said.

"The change aligns with our philosophy of providing clear, simple and fair price and payment signals."

Catherine and Russell Ford milk 200 cows at Bungador in Victoria's south west and they say they have more confidence in the dairy industry because they are certified organic producers.

"We are able to invest back into our business," Mrs Ford said.

"But not only that, it has made us so grateful that we can do what we love and be recognised for our passion and hard-work by producing a chemical-free product."

Mr Ford said this year's price had allowed them to catch up on farm jobs that haven't been done for three-to-four years.

"With another promising year ahead, this will help make our business sustainable and provide confidence for the broader industry to perhaps investigate regenerative farming," he said.