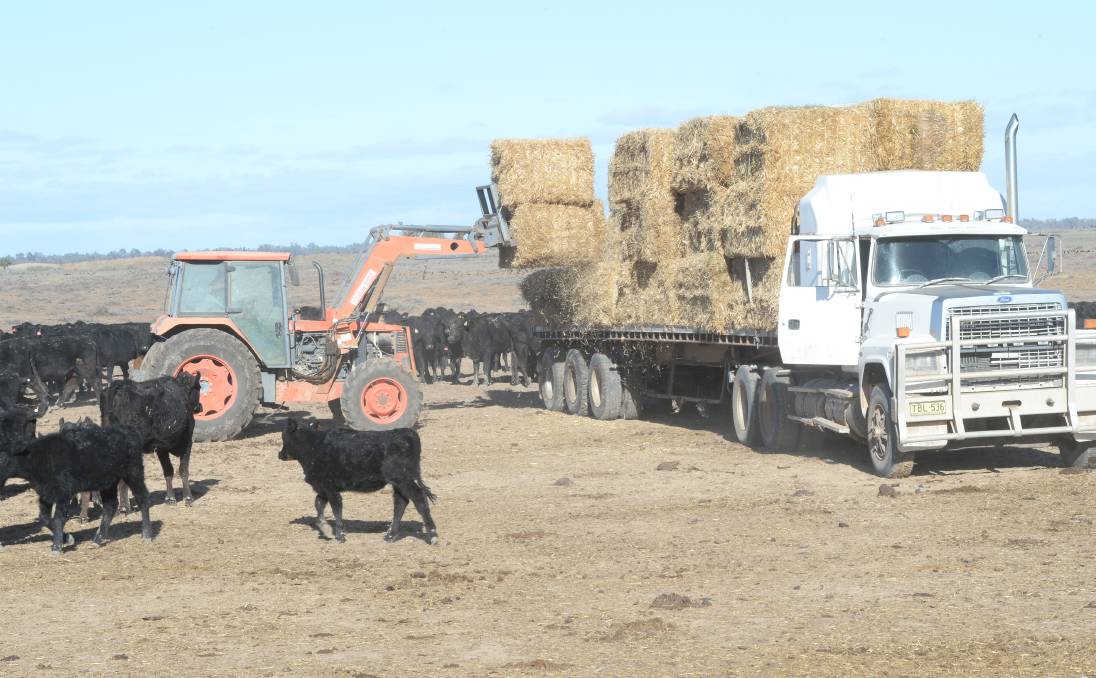 Bankers are tipping a drought-driven surge of withdrawals from farm management deposits in July as farmers hold off until the new tax year to raid their emergency savings.

However, many can't wait.

They are already making use of their withdrawal options after enduring a tough season or two with little or no income.

The national balance held in FMDs has plunged more than 20 per cent in the past year, with eastern Australian drought area withdrawals being particularly notable.

A year ago total funds salted away in FMDs peaked at $6.6 billion.

NSW farmer withdrawals led the charge, peaking at an aggregate of more than $3.1 million last September - a dramatic turnaround in what had been an aggregate FMD deposit rate of about $3.75m in the state in the June quarter of 2018.

A few years ago NSW's aggregate peak withdrawals were typically only about $150,000.

FMDs allow individual producers to set aside as much as $800,000 in pre-tax income in good years, which is subsequently available to draw on in the tougher seasons, and taxed in accordance with their reduced earnings in that withdrawal year.

"Many producers have faced prolonged periods of drought, and associated record water and feed grain prices and need the money," he said.

"The drawdown demonstrates primary producers are using FMDs to better manage their cash flow through changing market and seasonal conditions."

Citing NAB and federal agriculture department data, he noted NSW and Queensland farmers, who had battled drought for longest, withdrew $17m and $14m respectively from FMD accounts in the first three months of this year, followed by $4m from Victoria.

That significant need for the extra funds was highlighted by the size of the big $1.2b drop in total national FMD reserves, which happened despite a record a $6m being pumped into FMD accounts from West Australian farmers after last summer's near record harvest in the state.

A new surge of drought-related withdrawals was expected again in July. 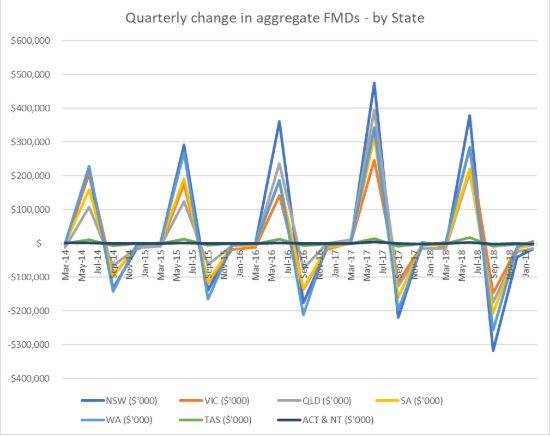 Ironically in many cases farmers would be responding to recent rain in some districts and needed cash to pay for cropping inputs and restocking plans.

"I imagine a lot of spending will continue to focus on drought-related costs such as grain and hay, but assuming grazing conditions improve and the stock are available we'll see quite a few customers tapping their savings to cover those purchase costs," Mr Findlay said.

"On the other hand, if rainfall hasn't been enough to support a crop or restocking, farmers won't be making such significant drawdowns."

Rural Bank's chief financial officer, Will Rayner, said although the lender's FMD accounts were remarkably unchanged overall, despite the drought's lingering impact, he, too, expected a seasonal upturn to prompt a flurry of withdrawals in July and August.

But even in areas doing it tough like Queensland and NSW, the ratios between deposits and withdrawals have remained relatively unchanged since 2015 - Will Rayner, Rural Bank

Farmers were also likely to wait until the new tax year to raid FMDs to buy additional farm inputs or pay off outstanding bills.

"It's not unusual to see credit cards being paid down or those 60- to 90-day term accounts with suppliers like Elders being repaid," he said.

"The first year of a drought actually sees farmers adding to FMDs if dry conditions have forced them to offload a lot of livestock.

"But even in areas doing it tough like Queensland and NSW, the ratios between deposits and withdrawals have remained relatively unchanged since 2015." 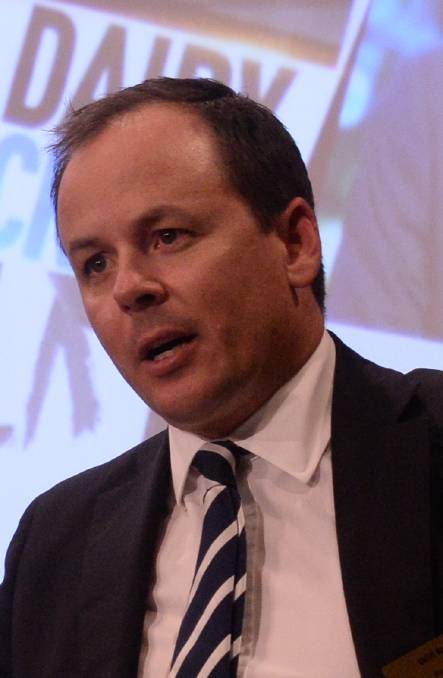 By and large farmers were adept at using FMDs to manage their savings carefully and were dealing conservatively with short term seasonal volatility and their spending needs.

"It certainly gets harder if you've been in drought for five or six years," Mr Rayner said.

"Our early withdrawals from term deposits due to hardship have doubled, but they still represent less than 0.25 per cent of all account owners."

Banking industry loss rates on agricultural loans were also "minuscule" even though ongoing drought pressures had been hard for some.

Continuing strength in livestock markets meant producers who had stock to sell and grain growers who had lucked good crop earnings would continue topping up FMDs before June 30.

National Australia Bank's Neil Findlay agreed, but the traditional end of financial year flurry of deposits would be "more subdued this year".

Mr Rayner noted, while stashing away spare cash in an FMD for a rainy day was strategically important, however, farmers were aware of the tax advantages of repaying debt, and still having the option of drawing on overdraft facilities if they suddenly needed extra working capital.