The red meat industry must be represented in Canberra by one national body says live exports boss, Simon Crean. 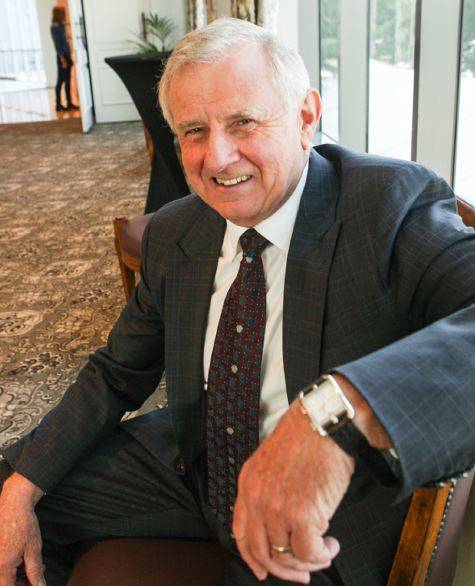 The Red Meat Advisory Council (RMAC) has reached its use-by-date and should be replaced by an over-arching national body in Canberra to represent the whole red meat supply chain.

That's the view of Simon Crean, chairman of the Australian Livestock Exporters Council (ALEC) who held the primary industries and trade portfolios in federal Labor governments during the 1990s and 2000s.

He told the Australian Wagyu Association's annual conference in Adelaide that RMAC had been set up 20 years ago by former Nationals' leader and Deputy Prime Minister, John Anderson, as an industry advisory body to the federal agriculture minister of the day.

Mr Crean said the $20 billion-a-year red meat sector was one of Australia's great manufacturing industries and needed a powerful and united voice to represent its views to whole of government, not just offer advice to a single Minister.

RMAC was established under a Memorandum of Understanding (MoU) which defines the roles, responsibilities and funding of Australia's peak livestock and red meat industry bodies.

Both the MoU and RMAC are under review and Mr Crean said now was the time for the industry to be "brave" and create a national voice with a mandate to tackle major issues such as climate change and greenhouse gas emissions, trade access, labour shortages and disruptors like plant-based meat alternatives and anti-meat dietary advice.

He said the current structure encouraged "silos" along the red meat supply chain with individual peak bodies focusing on their own issues rather than taking a wider view of the challenges and opportunities facing the whole industry.

Mr Crean said the two main bodies involved in the live export trade - ALEC (the industry's policy body) and LiveCorp (the research provider) had expressed their desire to merge.

He warned any banning of live sheep exports would almost certainly put the live cattle trade at risk.

Labor has vowed to phase out live sheep exports if it wins power at next Saturday's election. Mr Crean praised the work of the new body, the Sheep Collective, a partnership between producers and exporters which was highlighting the value of the trade and the major steps being taken to improve animal welfare.

These included halting shipments during the hottest months in the northern hemisphere (June, July and August), giving sheep increased onboard pen space and having an independent observer accompany each shipment.

He said 100 countries were ready to step in to fill any void if Australia pulled out of the market which made no sense because our industry was a world leader in adopting better welfare practices.

Mr Crean said the cattle industry had to be constantly improving its animal welfare standards to retain community trust and its social licence.

Trust could be lost virtually overnight as happened in the case of the halting of live cattle to Indonesia in 2011.

The trade was stopped because the Australian public lost faith in the industry while Indonesia lost faith in Australia as a reliable supplier of cattle.

"We have to make sure we are on the path of ongoing reform and are committed to the welfare of animals," Mr Crean said.

"Get that right and you will win the argument. You won't satisfy the activists because they are absolutists, they think the only solution is to close the trade."