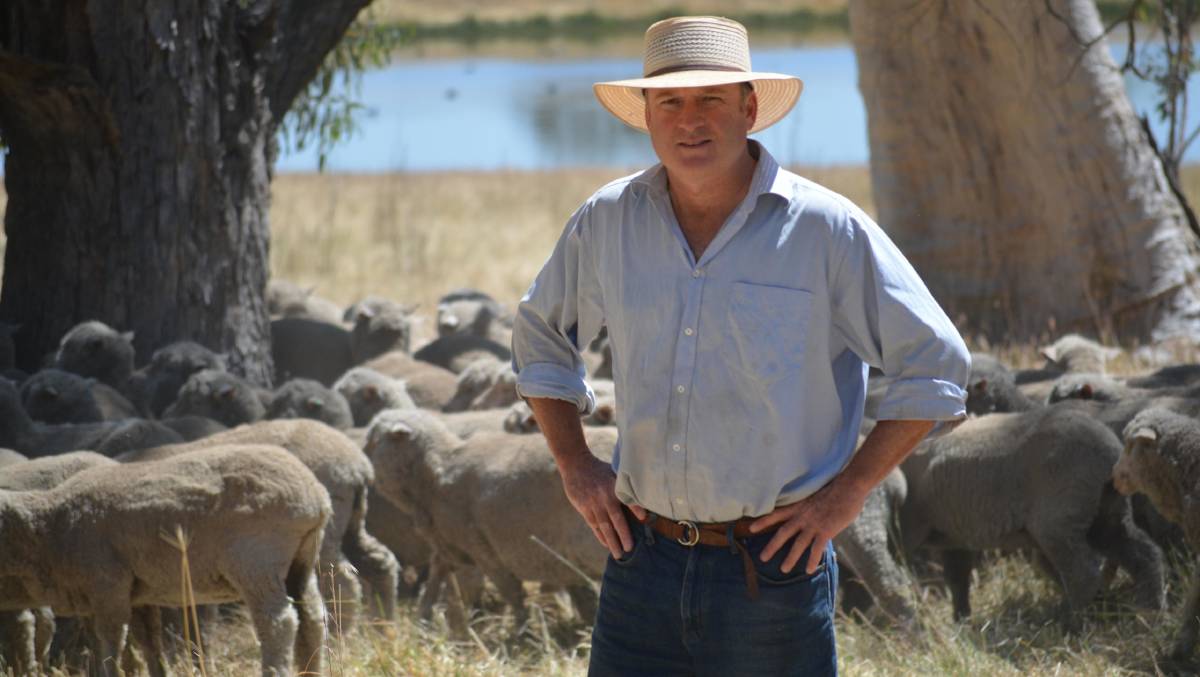 CHANGE: WoolProducers Australia president Ed Storey said his organisation wanted to see changes to AWI's board tenure, as well as to the ICC, which he described as "meaningless".

AWI has been called on to act on board tenure recommendations sooner rather than later.

Woolgrowers and government are continuing to hold Australian Wool Innovation to account over its commitment to address issues related to its governance.

The EGM was planned to discuss the five outstanding recommendations from the Ernst & Young (EY) Review of Performance, in particular the recommendation of limiting directors' tenure to 10 years.

Instead, AWI has indicated it was "still in consultation" and the issue would be "resolved at or before AWI's 2020 AGM".

But the government wants AWI to take action sooner rather than later.

Federal Agriculture Minister David Littleproud has been strenuous in his calls for the AWI leadership group to act on this recommendation as soon as possible.

"Talk is cheap, it's time for action," Mr Littleproud said.

"AWI has negotiated with individual stakeholders and obtained agreement to compromise on most recommendations from the EY Review, to say this was done with cooperation from me is rubbish.

"The recommendation about board tenure remains unresolved at this point, AWI and its leadership needs to prove it is changing the culture of the organisation by removing the personalities which have made it polarising."

But an AWI spokesperson said the stepping down of former chairman Wal Merriman was significant constitutional change.

Although Mr Merriman, who would be unable to apply to be on the board again if the 10-year limit was put in place, still remains on the board.

"In signalling change at AWI, on 9 November 2018, Mr Merriman announced his decision to step down as chairman of the not-for-profit company that invests in research and development and marketing on behalf of all Australian woolgrowers," the spokesperson said.

But Mr Littleproud said more needed to be done.

"The test of whether Ms Garnsey is different to her predecessor will be whether she follows through on the recommendation about board tenure," he said.

"Ignoring this recommendation would be a breach of faith."

But he said the Industry Consultative Committee (ICC), a group introduced in 2010 for AWI to formally engage with key woolgrower organisations, also needed to push for change.

"In a meeting following this (AWI's meeting with the ICC), I asked stakeholders to speak up if they were unhappy or forever hold their peace," he said.

"No one asked me to break that peace."

Industry stakeholders, faced with having to achieve 75 per cent support for recommendations at an EGM, decided to continue consultation instead of going to an EGM.

ICC member, Australian Wool Growers Association representative Martin Oppenheimer said his organisation continued to call for all recommendations to be carried out.

"We didn't think we would achieve the 75pc needed at an EGM, we have to work within what we can achieve."

He said to have directors staying on the board for longer than 10 years was unsatisfactory.

"We have to keep up with changes in the industry, new technologies and initiatives," he said.

"To compete we have to move forward."

Mr Oppenheimer said his organisation was looking for significant changes to the board at this year's director elections when a majority was required.

"There also needs to be an improvement in consultation through the ICC," he said.

He said the proposed changes to the structure of a future ICC would improve consultation between industry and AWI.

The industry was under massive challenges relating to the climate with drought and an "incredible drop in supply".

WoolProducers Australia president Ed Storey said his organisation wanted to see changes to board tenure, as well as to the ICC, which he described as "meaningless".

Mr Storey said the organisation approached AWI to negotiate some outcomes rather than have a divisive meeting that could mean nothing happened.

"We got some material change that will be effective and lead to more transparency and better outcomes for shareholders," he said.

A key change achieved was that the chair would declare how they would vote and how they would direct undirected proxies should they be granted proxies for the AGM in the notice of meeting prior to the meeting.

Changes recommended for the board nomination committee meant there were two pathways to be a candidate.

As well as the existing process where candidates required 100 signatures, a motion would be put to shareholders that would allow candidates to come through a board nomination committee process that would require only one shareholder signature.

He said importantly, that motion was being put with AWI board support.

He said his organisation negotiated with AWI but could not reach agreement on a compromise that would implement the intent of the recommendation.

"We believe with continued negotiation and more broader industry discussion we will be able to reach a compromise position in the next 12 months," he said.

"We have every confidence that with the new chair that we will reach a sensible compromise."

He said the overriding driver was that with an "orderly rotation of directors", corporate knowledge was retained by the board as a whole, not by a relative few directors.

Ignoring this recommendation would be a breach of faith. - David Littleproud, Federal Agriculture Minister