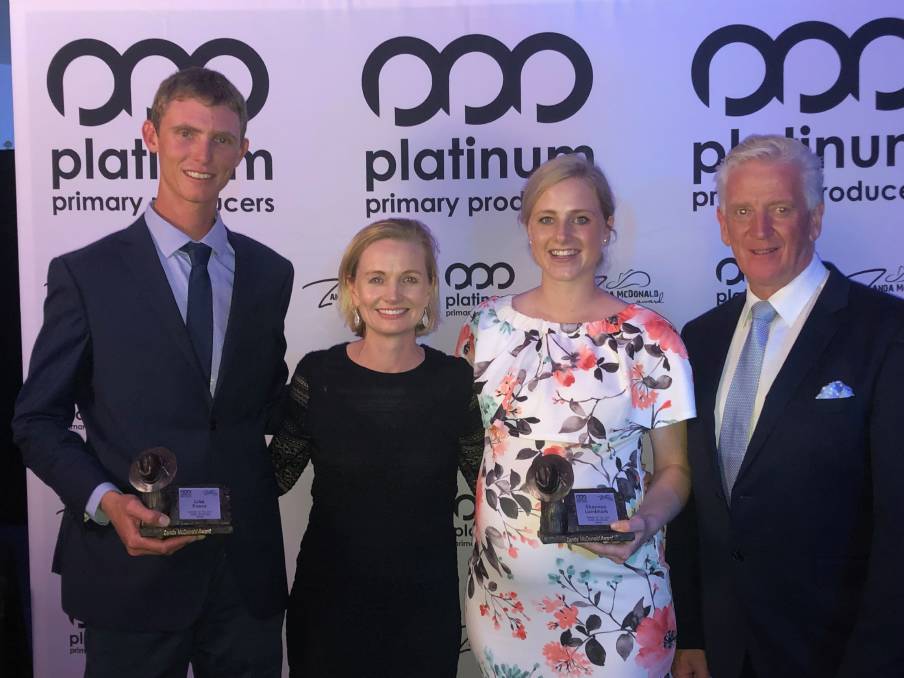 Queenslander Shannon Landmark, 27, and Luke Evans, 28, from the Northern Territory will share the Zanda McDonald Award badge of honour.

For the first time in the five-year history of the prestigious Zanda McDonald Award, not one but two young Australian agriculturalists have been crowned as the winners.

Queenslander Shannon Landmark, 27, and Luke Evans, 28, from the Northern Territory will share this badge of honour, which seeks to recognise young professionals in the primary sector from Australia and New Zealand.

The pair were announced as the winners of the award at the annual Platinum Primary Producers (PPP) Gala Dinner in Port Douglas on Tuesday night and presented their prize by the widow of the late Zanda McDonald, Julie McDonald.

Ms Landmark is a trained vet, and the coordinator of the Northern Genomics Project at the University of Queensland.

Her work focusses on improving genetic selection and reproductive technology, and sees her working with beef producers, beef extension officers from state governments, consultants and vets, and university researchers and scientists.

Mr Evans, 29, is the station manager of Cleveland Agriculture, based at Rockhampton Downs Station, a 450,000-hectare beef property near Tennant Creek in the Northern Territory.

He not only runs this significant operation, but also mentors' youth, and provides on-the-job training and employment opportunities at the property.

Chairman of the Zanda McDonald Award, Richard Rains, said the judges were faced with a very tough decision when it came to singling out one winner. 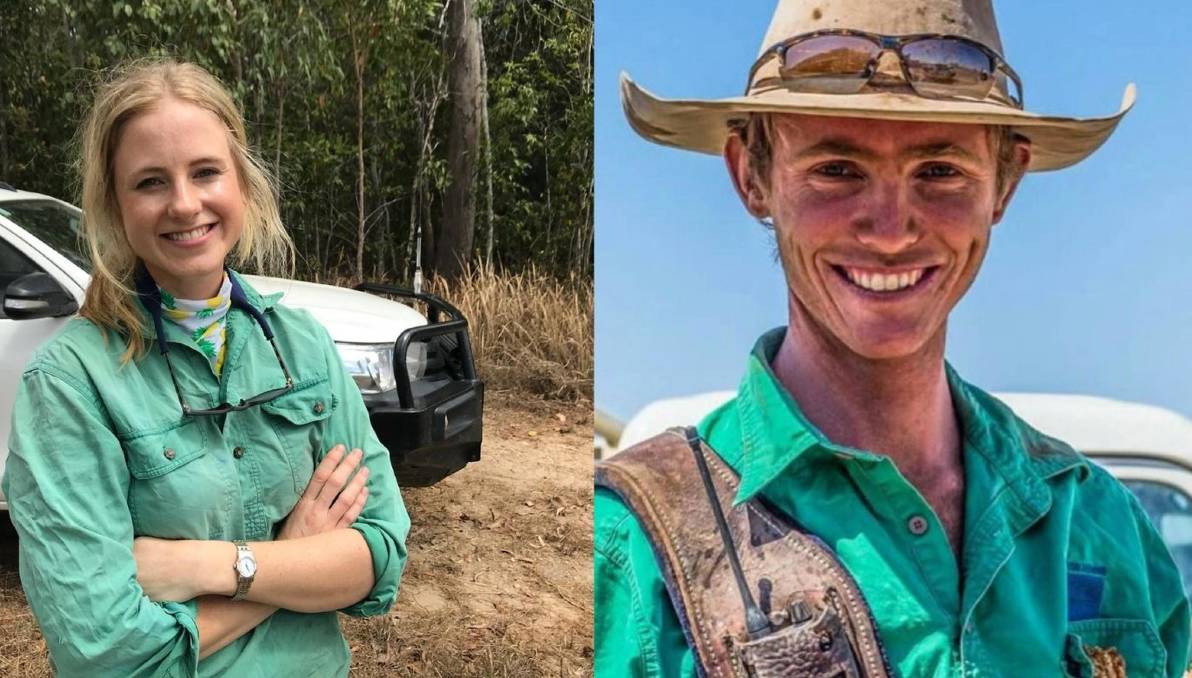 Too close to call: Queenslander Shannon Landmark, 27, and Luke Evans, 28, from the Northern Territory have been named the 2019 Zanda McDonald Award winners.

"Both Shannon and Luke are carving out their own distinct and different paths in their careers," Mr Rains said.

"However, we just couldn't separate the two on their leadership qualities, determination and spirit.

"We felt that both would get immense value from the prize, particularly the tailored mentoring package, which will provide them with a great insight into some of the best agriculture farms and companies in the industry."

Ms Landmark and Mr Evans were initially shortlisted with four other candidates, with interviews held in Brisbane last October.

Following the interviews, the pair were named as finalists alongside 34-year-old Kiwi Grant McNaughton. Mr McNaughton is the Managing Director of McNaughton Farms, a 6300- hectare dairy operation in Oamaru, North Otago NZ.

The award, sponsored by Allflex, Pilatus, CBRE Agribusiness, Zoetis, MDH and Rabobank, is named in honor of the late Zanda McDonald who was a foundation member of the PPP.

Both winners will receive a trans-Tasman mentoring trip to farming operations and businesses from within the PPP network, $1000 cash, a place on Rabobank's Farm Managers Program, and membership to the PPP Group.