THE Almond Board of Australia is calling for a moratorium on new water use licences while a "capacity review" is undertaken. 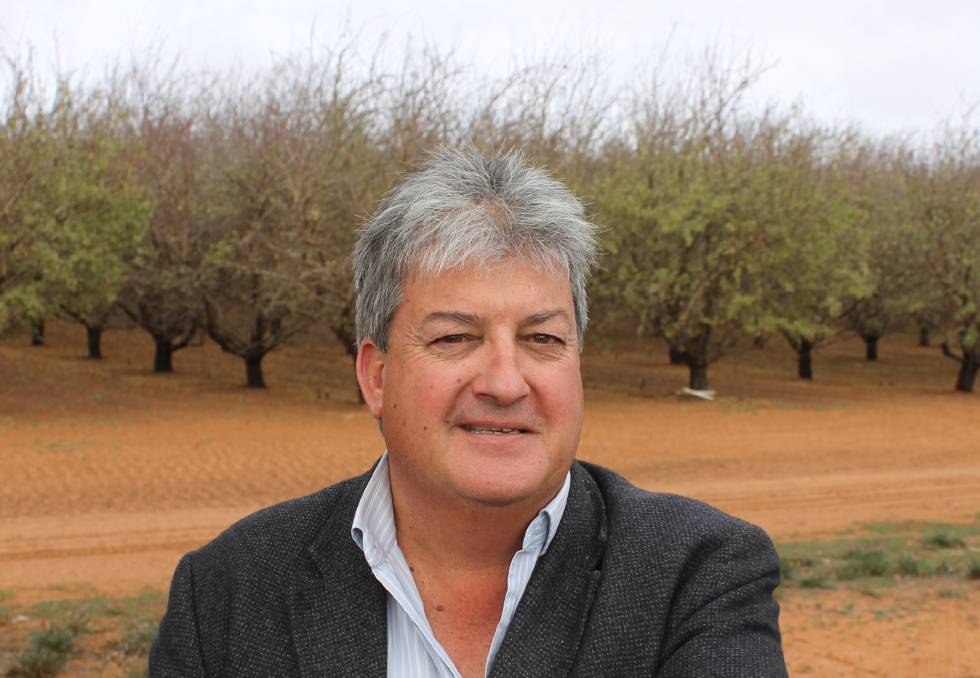 AS water availability becomes "more precarious" in the southern Murray-Darling Basin, the Almond Board of Australia is calling for a moratorium on new water use licences while a "capacity review" is undertaken.

ABA chief executive officer Ross Skinner said the ongoing issuing of licences was leading to a situation where water may not be delivered with the required surety.

"Each state and region wants development in their area, but the capacity to move water along the rivers is limited and unlimited expansion could jeopardise surety of supply to existing growers," he said.

We just want an audit to understand what licences have been issued, where the water demand is and how that water is going to be delivered. - ROSS SKINNER

Mr Skinner highlighted the rapid expansion of permanent plantings in the mid to lower Murray and NSW tributaries, which had the potential to "threaten supply surety for all southern basin irrigators and continue to drive up (water) prices".

"We just want an audit to understand what licences have been issued, where the water demand is and how that water is going to be delivered," he said.

"If it all measures up, then the moratorium can then be lifted and we will know where there is capacity for more development."

SA Murray Irrigators chair Caren Martin supported the idea of a water market review, as she thought the situation was only getting worse.

"Last time it was grapes that tanked; the next time it could be all irrigated crops and survival will be a matter of who has a permanent water entitlement, because temporary water won't be available to trade or be too expensive to buy," she said.

"This has been the problem since the unbundling of water licences from the land, a huge trading market opened up without any transparency. The ABA is proposing to quantify that market as a starting point to fixing the problem."

Citrus Australia chair Ben Cant said CA was in the midst of formulating its own policy, which would have similarities to ABA's, but also "slight differences based on history and previously-generated efficiencies".

"It is too early for us to make a big call like a moratorium," he said. "We will seek feedback from stakeholders and release our policy in the coming weeks."

SA Water Minister David Speirs did not respond when asked if he thought there should be a review.

THE ABA has also called for an inquiry into water trading.

ABA Riverland director Brendan Sidhu said the board was pushing for more transparency, concerned the water market was being used to generate revenue for non-water-using investors.

"Since the government decoupled water from the land, there has been an influx of investors that own water and not the land," he said.

"We want to know who owns what and how they are participating in the market.

"We are concerned non-irrigators are manipulating the market, and the poor grower is suffering from it."

The ABA also proposed the registration and regulation of water brokers, consistent with standards in the real estate and stockbroking sector.

Growers need to know brokers are working for them and not their own interests. - BRENDAN SIDHU

"We know water brokers that own water," Mr Sidhu said. "You can't do that in the stock exchange or real estate, you have to declare it.

"Growers need to know brokers are working for them and not their own interests."

The ABA wants the federal government to support an ACCC inquiry and put a structure in place that is fair for all water market users.

This included a unified water register and system for reporting on trades from all states that would provide transparency and real-time market information.

Ms Martin supports the water register idea, but not one that's in real-time.

"Not only is there data collection and privacy concerns, there is the potential to use that data to manipulate the market, particularly by brokers and venture capitalists," she said.

"A regionally-combined, quarterly platform could be a better option so you are not identifying individual farms or specific businesses."

Federal Water Minister David Littleproud said he expected the ACCC to look at all the relevant issues in the southern basin water market when it does its upcoming examination.