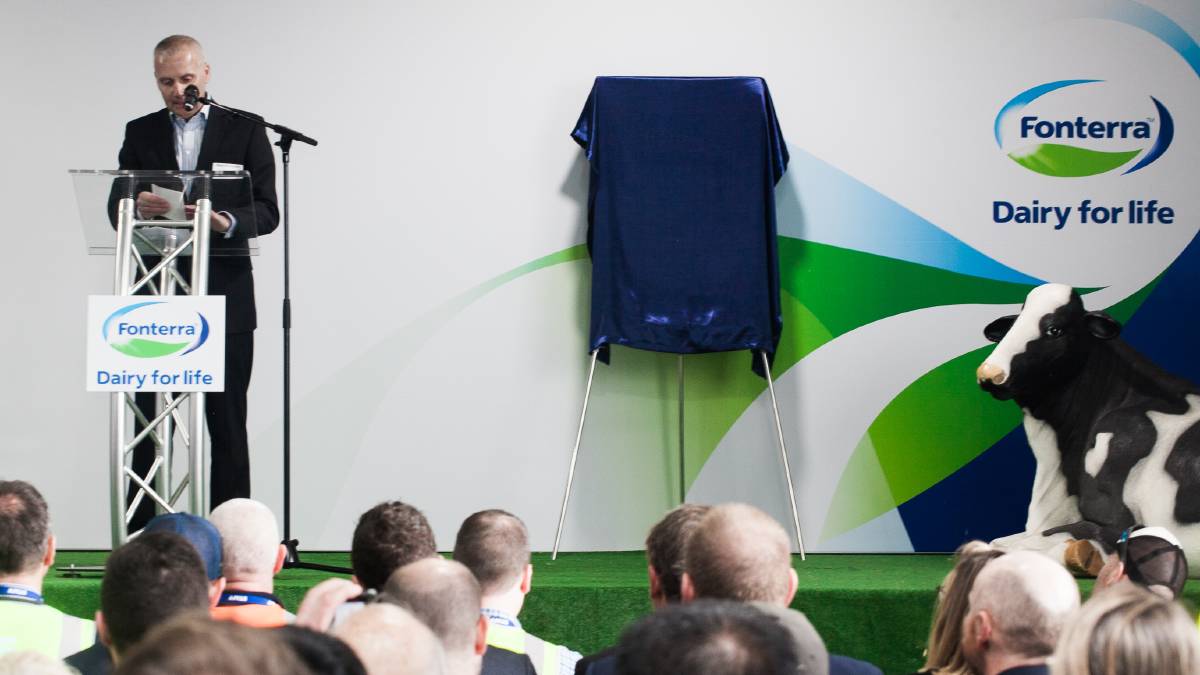 Fonterra has announced an opening milk price for season 2019-20 of $6.60/kg milk solids, continuing a trend of record prices.

Burra Foods announced a record opening farmgate milk price range of $6.40-$6.70 a kilogram milk solids at the start of May.

The Fonterra price is 12.8 per cent higher than last year's opening price and the first time Fonterra has opened at above $6/kg MS.

But the company refused to budge on this year's price saying that reduced supply meant it could not provide a step up from $6.05/kg MS at this stage.

Fonterra Australia's farm source general manager Matt Watt in a letter to suppliers said the full season milk price would be reviewed when the season closed.

"We have limited ability to capture the market upside of the balance of the season, due to lower milk volumes and with most of our milk already contracted," Mr Watt told suppliers.

"However, we'll review our full season milk price performance, when we close out the season."

Fonterra Australia managing director René Dedoncker said it had announced the season's average opening farmgate milk price in May to help decisions to be made on farm.

"As our industry and business evolve to deal with a smaller milk pool, we have a stronger focus on servicing local demand which brings greater opportunity for certainty on pricing," he said.

"The broader global supply and demand picture is positive, with demand expected to remain strong across key trading partners and a favourable exchange rate.

"Importantly, it's a competitive milk price for our Australian farmers that enables us to maintain a sustainable model in Australia and deliver a return on investment for our business."

The opening price announcement came at the end of a tumultuous fortnight for the company, which announced the closure of its Dennington factory on May 22.

Its April Australian collection was 31 per cent lower that the same month last year and year-to-date was down 19pc.

Norco has announced an 6.5 cent a litre average milk price increase for its farmers from July 1.

"With the support of customers, consumers and our employees driving further efficiencies in our business, we have been able to maintain the recent farmgate price increases achieved in late 2018/19 through to the new financial year."