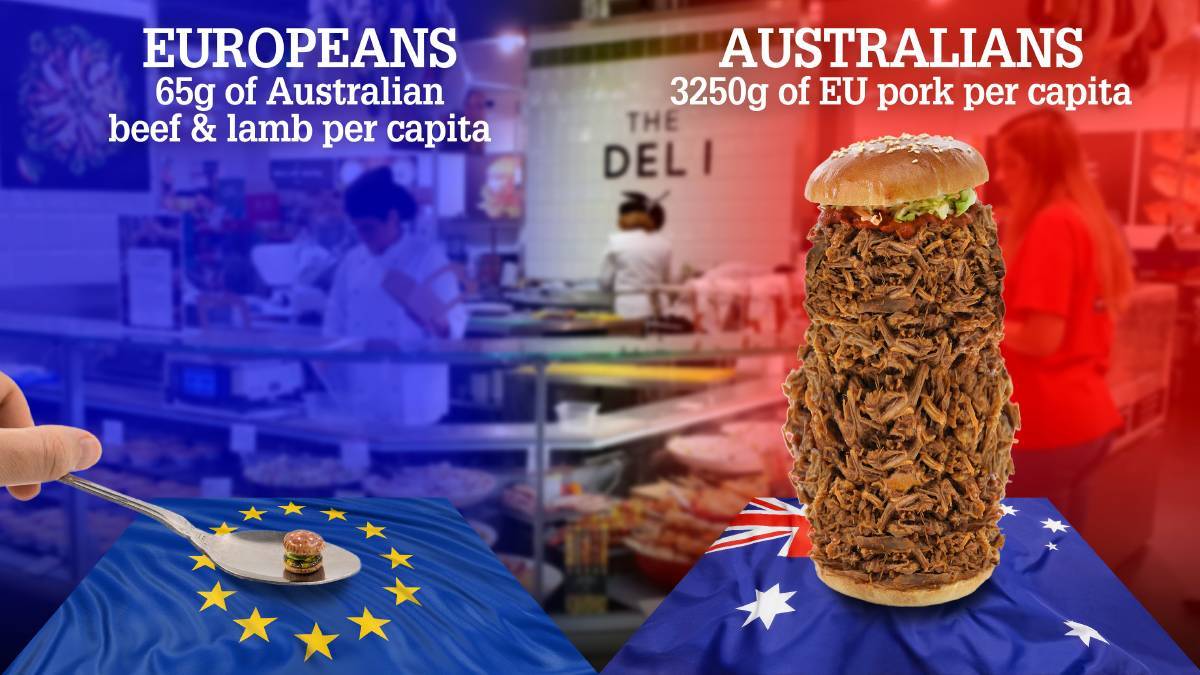 MLA's International Business Manager - Europe, Josh Anderson explains what the EU's decision to provide the US with a dedicated quota means.

In the wake of the European Union's decision to provide the United States with a dedicated country-specific quota for high quality beef imports, MLA's International Business Manager - Europe, Josh Anderson, sat down for a Q&A on the proposed changes and what they could mean for Australia.

The Australian industry's EU Red Meat Market Access Taskforce (the Taskforce) has been closely monitoring potential changes to Australia's access under the 45,000 tonne EU HQB-GF Quota over the past couple of years. Australia's been eligible to supply beef via this quota since 2010, and this access has allowed Australian beef exports to the EU to double in response to European consumers' embrace of our product's high quality attributes.

However, over the past 12 months, discussions have intensified around changes to the way that eligible countries can access the quota, with pressure being applied by the US to secure a large country-specific portion of the 45,000 tonne total.

The EU and US have recently come to an agreement, and subsequently received the accession of other substantial suppliers of the quota (Uruguay, Argentina and Australia) to 'ring-fence' a portion of the quota for exclusive access by the US. This will see the US receive an initial allocation of 18,500, increasing to 35,000 tonnes over the next seven years.

US could fill ramped up EU no-hormone beef quota

Australian beef fires its own warning shot to EU

US gets its way with EU beef quota

What's the Taskforce's response to the changes?

The Australian beef industry views the proposed changes to the EU's HQB-GF quota as a restriction of Australia's existing beef access arrangements.

The Taskforce wasn't in favour of a specific allocation to only one eligible supplier and Taskforce members are conscious of our rights to challenge such a discriminatory arrangement. This is especially the case as Australian beef access will ultimately be limited to a 10,000 tonne shared amount - an amount well below our recent trade performance of approximately 11,000 tonnes.

However, the only other option would have been for Australia to oppose the EU-US agreement, which would have almost certainly resulted in the dissolution of the quota, a 'lose-lose' situation for all countries supplying beef under the quota and the potential for wider trade ramifications.

How did this process unfold and what role did the Taskforce play?

As negotiations between Australia and Europe were conducted at a Government-to-Government level, the Taskforce liaised closely with the Australian Government to ensure that the industry position was clearly articulated. The Australian industry put forward a number of alternative scenarios to the EU-US position, however these were not supported by the EC.

Eventually the Australian beef industry was presented with a 'take or leave it scenario' in relation to this issue. It chose not to oppose the new quota construct on the basis that such action would likely jeopardise the continued operation of the quota. The industry will however, actively monitor the quota's implementation to ensure Australian beef interests are not further diminished.

What does it mean for Australian beef exporters?

At this point in time, it's difficult to speculate on the effect the proposed changes will have on Australia's performance under the HQB-GF quota. The impact depends on a number of factors.

Firstly, it remains unclear when the proposed changes will actually come into force. There's an internal EU process to have the proposal ratified, requiring the EU Member States and the EU Parliament to endorse changes. So for the next few months, it's likely to be business as usual. However, as soon as the changes are notified by the EC, industry participants will be informed of the new arrangements.

Secondly, Australian beef will maintain access to the remaining balance of the quota. In the first year this will be 26,500 tonnes which, fortunately, is greater than the levels we're exporting today (11,153 tonnes 2018). Australia's future performance will largely depend on our competitiveness against the other two large eligible suppliers (Argentina and Uruguay) which will compete in the 26,500 tonne pool.

It should also be noted that Australia is able to export grainfed beef to the EU under Australia's country specific Hilton beef quota (7,150 tonnes) which provides another avenue for access. Last year Australia did not fully utilise our Hilton quota, sending only 4,484t.

Of course, no restriction of access is viewed as a favourable outcome - and this decision only strengthens industry's resolve to lock-in more secure, preferential access via a trade enhancing bilateral agreement.

Are there other opportunities for improving Australia's market access to Europe?

Australia and the EU launched FTA negotiations in June 2018, with talks progressing throughout 2019. The Australian red meat industry, led by the Taskforce, has high ambition for the A-EU FTA, as this is the first opportunity in forty years to secure an improvement to Australia's miniscule beef access - which represents only 0.2pc of EU beef consumption.

Following the outcome of HQB-GF quota access, the Australian Government has communicated its desire to strengthen its commitment in seeking a comprehensive and ambitious outcome for Australian beef and sheepmeat access as part of the A-EU FTA.

The Taskforce will continue to work closely with government in pursuit of these outcomes.