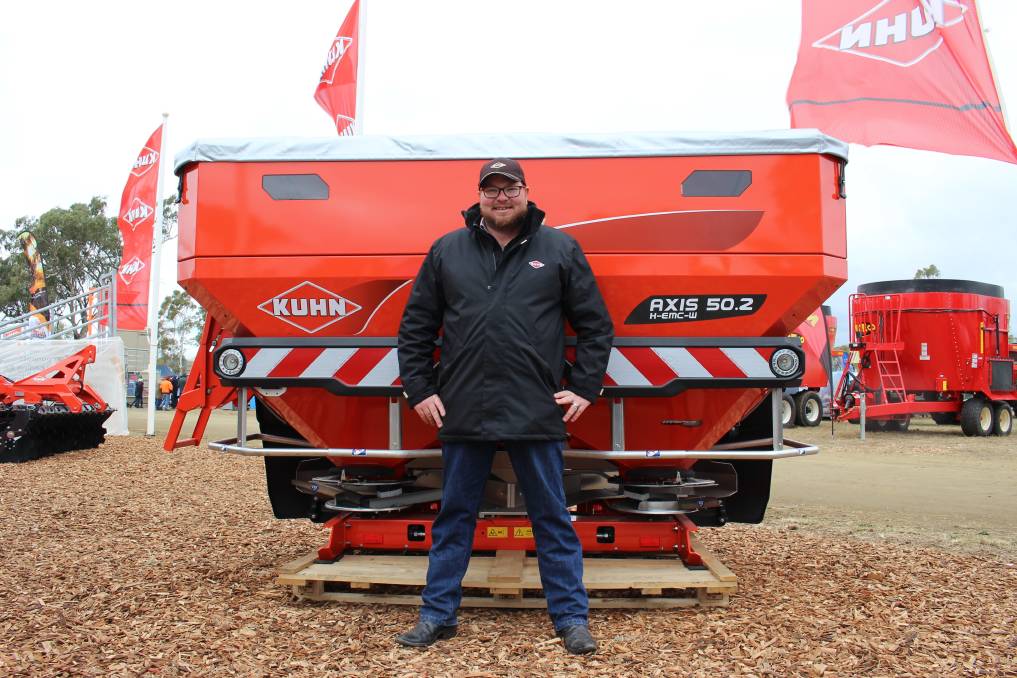 Precision application and variable rate technologies are becoming important features on the modern fertiliser spreader as farmers look to get the most bang from their fertiliser buck.

Speaking at CRT FarmFest, Kuhn territory manager Gerard Cusack said it was important for manufacturers to spend time with farmers to get a handle on their requirements from machinery.

"Precision agriculture is taking off across the industry, but it is particularly popular in spreading," he said.

"Variable rate is becoming a big thing, specifically people are using yield maps to work out their nitrogen application.

"They want to be able to go into a 200 hectare paddock and apply five different rates based on a map developed by their agronomist based on yield or soil tests.

"The same system is also being used in some areas for variable rate lime."

Mr Cusack said spread pattern and consistency was also an important feature farmers were talking about.

"With the price of fertiliser, you want to apply it where it needs to be," he said.

"If you have a bad spread pattern, or you haven't quite gotten the coverage, you can end up with striping that will affect yield, or in some crops you could experience lodging where the overlaps occurred, you will end up with trouble all the way from harvest to the next crop."

Mr Cusack said quality of product had a large impact on spreader pattern.

"However the Kuhn technology allows us to do a 36 metre width."

"The trailed spreader has the option of changing out a powerpack, so you can spread your granular product through it then change the powerpack and switch to powder," he said.

"It takes about ten minutes. It is quick and easy, you just need a forklift."

"Instead of using a weight cell to let the operator know what is coming out, we use a torque sensor in our motors," he said.

"It runs at 100 hertz, 100 times a second it takes a measurement, it changes itself every second, and tells us by the difference in torque how much product is hitting the disc.

"It works on each side, so if you have a blockage on one side it will clear the blockage without over fertilising the other side.

"It also allows you to run different rates side by side as well as section control."