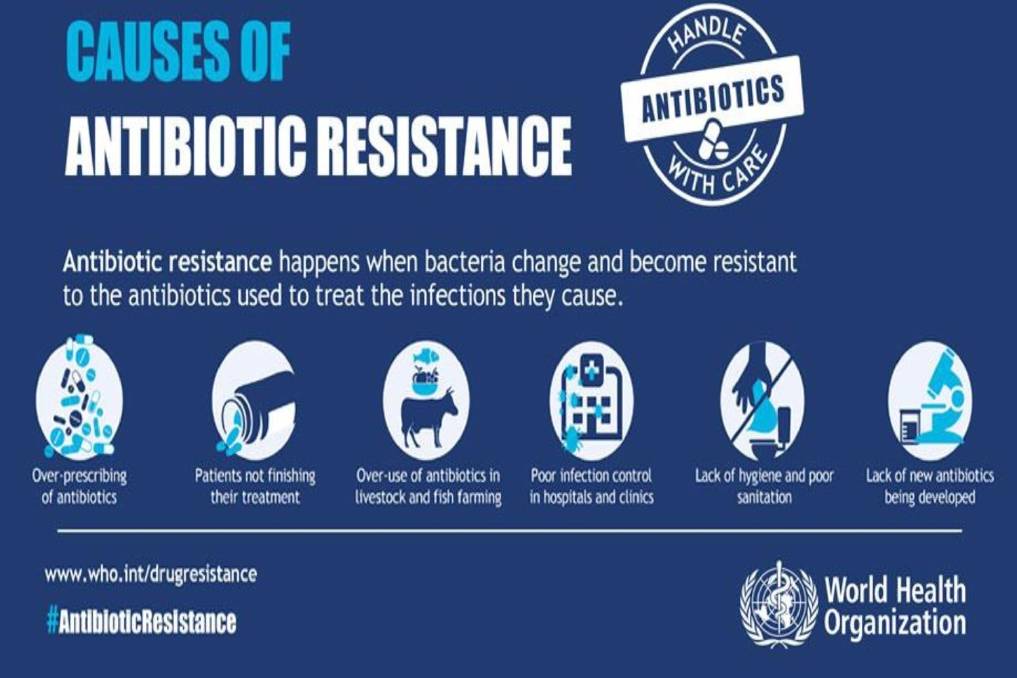 The dairy industry must play a key role in helping prevent antibiotic resistance, the Australian Dairy Conference in February was told.

The dairy industry must play a key role in helping prevent antibiotic resistance, the Australian Dairy Conference in February was told.

Individual farmers who work to reduce antibiotic use on farm will reap rewards through reduced costs and improved herd health.

“We are guardians of a precious resource,” she said.

The World Health Organisation looked at it as ‘one health’ — how the animal sector and human health sector interacted.

The problem was that any overuse of antibiotics in livestock industries could create monster drug-resistant microbes that threatened human health.

Large companies were also looking closely at this issue. For example, McDonalds was planning to audit the 10 largest beef producers on how they were using antibiotics.

Dr Coombe said although there was not a lot of specific data, Australia had a good story to tell, with less antibiotic use in its livestock industries than many other countries.

Australia’s dairy industry also had a good story to tell about how it managed animal health with a long history of programs that among other things encouraged prudent use of antimicrobials, such as antibiotics.

The problem of antibiotic resistance did not mean that farmers would be banned from using antibiotics.

“But we do need to continue to improve how we look after antibiotics, and how we often use them and how well we use them,” Dr Coombe said.

Part of that included looking at the drugs being used.

Some drugs posed less risk of creating resistance. The biggest risks were around drugs that were critical for human health.

Dr Coombe urged those at the conference to start the conversation with other farmers about why antibiotic resistance was an important issue.

The Australian dairy industry had developed a policy around the use of antimicrobials:

“The Australian dairy commits to using antibiotics responsibly — as little as possible as much is necessary to protect the health and welfare of our animals.

“All dairy farmers will access antibiotics from a registered vet and they will use them responsibly under veterinary direction.

“Antibiotics that are of high importance to human health in Australia will only be used to treat dairy livestock in exceptional circumstances when no other alternatives exist.”

This policy was included in the industry’s sustainability framework, Dr Coombe said.

Dr Penry until March was working with Cognosco, the research arm of Anexa, a veterinary practice owned by 900 farmers.

He said he first became aware of the importance of antibiotic resistance issue at a conference in Melbourne in 2013 when a Dutch vet outlined that country’s laws to cut antibiotic use in animals by 70 per cent.

The message was loud and clear: the use of antimicrobials in food production was a privilege, not a right.

These required the vet to have two scripting consultations on the farm each year, looking at the animals on the farm and identifying the sort of issues that might arise and the antibiotics that might be used to deal with them.

Fonterra’s and other milk processors’ quality assurance schemes audited each farm’s antibiotic use against the script. If it did not match, the farm failed the QA scheme and the vet was sanctioned.

Dr Penry said research had identified a number of ways in which farms could reduce the use of antibiotics.

Anexa employed technicians who implemented Teatseal programs in heifers. It had used this procedure on 21,700 heifers in the past 12 months and had cut clinical mastitis rates in those animals by 68pc.

The NZ Veterinary Association dairy cattle branch had committed to using only selective — and not blanket — dry cow therapy from 2020.

Other research had revealed that only one herd test was needed up to 90 days before dry off to accurately identify a cow with a high individual somatic cell count, which would then require dry cow therapy.

Dr Penry said another new test being used in NZ was a dairy antibiogram.

A farm did this test once or twice a year to get a sense if a particular drug was going to work on the farm or how close they were to it not being effective.

There was evidence from 1500 bulk tests in the past 18 months of increasing resistance to some of the antimicrobials with which the NZ industry did not think it had a problem.

The dairy antibiogram test had recently become available in Australia.

Mr Hanrahan, who milks about 900 cows, said he was prompted to look at his management of mastitis cases on his farm when his accountant pointed out that his vet costs were high.

Dr DeGaris said they wanted to put systems in place around prevention that were robust and simple enough for the predominantly backpacker workforce to follow.

The first focus was on prevention.

A heifer Teatseal program was introduced and cut mastitis rates in that group of animals from 25-27pc to zero.

Mr Hanrahan said this was first suggested as a way forward, he had laughed as it was difficult to imagine working with heifer six weeks to two months before calving, as they were difficult enough to manage just after they had calved.

The farm had employed the vets and their technicians to do the program as it was more cost-effective than trying to train staff to do it.

They either used a Teatseal trailer at the stockyards or trained the heifers onto the rotary dairy and then put them back onto it to do the treatment.

About 30 could be done in an hour - so they left a day to do it, marking it on the calendar as part of their annual routine.

The Hanrahan farm had also introduced a new simple protocol for identifying and managing clinical mastitis cases. The protocol was outlined on posters on the wall of the dairy so it was clear to staff.

It also introduced on-farm testing of milk samples. This Mastaplex system, which cost about $1000, was simple to use. Up to four samples were taken on farm and put into the system’s box and results were emailed within 24 hours.

Under the protocol, mastitis was divided into three categories — and each required different actions.

The first was sick milk. This was a mild clinical mastitis case — a cow with changes in the milk that persisted past the first three strips. This cow was drafted using the autodraft function in the dairy and a milk sample was taken and tested through the Mastaplex system. A treatment decision was made based on the results of the test.

“Essentially at this stage, we are doing nothing,” Dr DeGaris said. “This is different from the message for the past 30 years, which was if you saw a cow with mastitis you treated her straight away. So we are waiting until we get information before we start to treat those cows.”

The second was sick udder. This was a cow with changes in the milk and a hot spot on the udder.

This cow’s milk was also sampled, it was treated with an anti-inflammatory and it was assessed again in 12 hours. Again, unless the cow’s health deteriorated, they waited for the milk sample result before treating.

The third was sick cow. This was a cow with changes in the milk, had a hot and swollen udder and was clearly sick (high temperature, off feed, sunken eyes).

This cow’s milk was also sampled and it was treated with an anti-inflammatory and a broad-based antibiotic.

Depending on the results of the test, the drug given might then need to be changed or an assessment made about the chances of the cow recovering from the mastitis.

Dr DeGaris said the protocol was really simple, which made it easy for staff to identify the type of mastitis the cow had and the protocol for dealing with it.

“One of the key features of it is waiting until we get more information before we start treating the cow with antibiotics,” he said

Dr DeGaris said the on-farm culturing and testing was a critical part of the new protocols.

Although the on-farm system did not provide the same results as taking a sample and sending it to a commercial lab, the results were available faster and identified the bacteria into groups that were relevant to how the cow should be treated.

The test results provided and subsequent treatments recommended were:

The new approach has seen a big reduction in the number of clinical mastitis cases on farm.

Dr DeGaris said the delay in treatment by 24 hours, while awaiting the test results, had no impact on mastitis levels on the farm, subsequent cure rates or other animal health problems.

The cost of antibiotics had reduced 57pc, not as much as the number of cases, because there had been a switch to some more expensive antibiotics because testing had revealed some bacteria were sensitive to some of the drugs that had been used on the farm previously.

The costs did not include the cost of the Mastaplex system or the increased use of anti-inflammatories.

Mr Hanrahan said it was important for farmers to be aware of the antibiotic resistance issue and not just use antibiotics for the sake of it.

Dr DeGaris said there was increasing awareness of the importance of the issue among Australian farmers, but they were not as far down the path as New Zealand farmers.