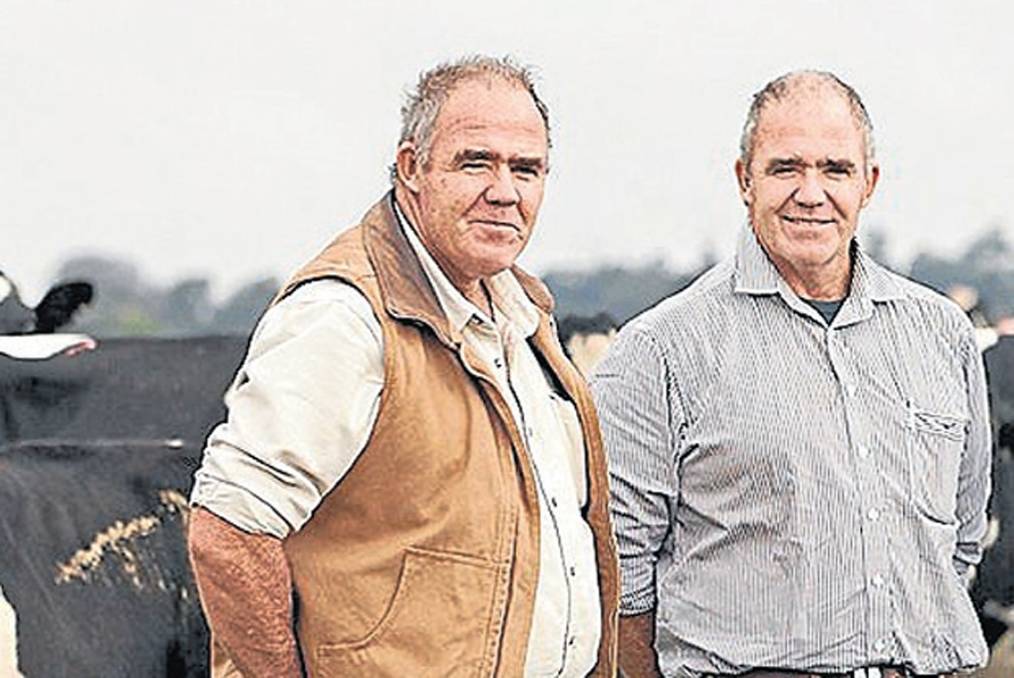 David and Peter Mulcahy and their Kyvalley Dairy Group have been revealed as buyers of the Kiewa Valley dairy brand.

Kyvalley Dairy Group has been revealed as the mystery buyer of the Kiewa Country milk brand.

Kyvalley Dairy Group has been revealed as the mystery buyer of the Kiewa Country milk brand.

The Kyabram-based company purchased the brand and “certain associated milk processing and packaging assets” in July but their identity has been kept under wraps.

Murray Goulburn workers and Indigo Shire mayor Jenny O’Connor expressed frustration last month at being kept in the dark over the sale and what it meant for the future of the Tangambalanga site.

About 60 workers lost their jobs a month ago as milk production ended at the 124-year-old dairy plant.

People power will be a key to whether the new owner of Kiewa Country Milk revives the brand.

Kyvalley owner Wayne Mulcahy said he understood the affection for Kiewa-branded milk and he planned to produce it at his Kyabram plant if there was adequate demand.

“We understand it to be an iconic heritage brand and it was distributed as far as Kyabram and Echuca in our area,” Mr Mulcahy said.

“We thought rather than the brand be confined to the dust bins of history we could try to keep the brand going.

“We’ve organised for some of our staff to introduce themselves to all the former Murray Goulburn distributors in the North East and let them know who we are and explain what’s happening and explain we have the capacity of making those brands again.

“We want to gauge the support of the community and distributors in the relaunch of the brand.

“If we get strong signals the community would support the brand, our intention is to manufacture the milk.”

Kyvalley, which produces A2 milk for Victoria, South Australia and Tasmania at its dairy, would source milk from the Goulburn Valley for the Kiewa brand.

Its deal with Murray Goulburn includes buying equipment from Kiewa for flavoured milk production and the recipe for its style of iced coffee, chocolate and strawberry.

Former Kiewa milk distributor Linda Coon told The Border Mail she had no interest in returning to the brand if it was revived.

“I’ve already decided to go with Riverina Fresh, that’s the avenue I’m going down and the other thing is that if it’s not’s going to be produced locally, will it hold its value in the market?” the Wodonga distributor said.

The acting distribution manager for Wangaratta’s Burgan Bros, which supplied Kiewa, was more open to backing a restoration.

“I’m happy to hear what he’s got to say, obviously we have moved on, but I’m prepared to listen,” Kerry McNeill said.

“It would be flavours that might be considered and it would depend on pricing because it’s got to be competitive.”

Kyvalley has paid a deposit to Murray Goulburn with the transaction to be settled in 60 days.

The price is confidential.