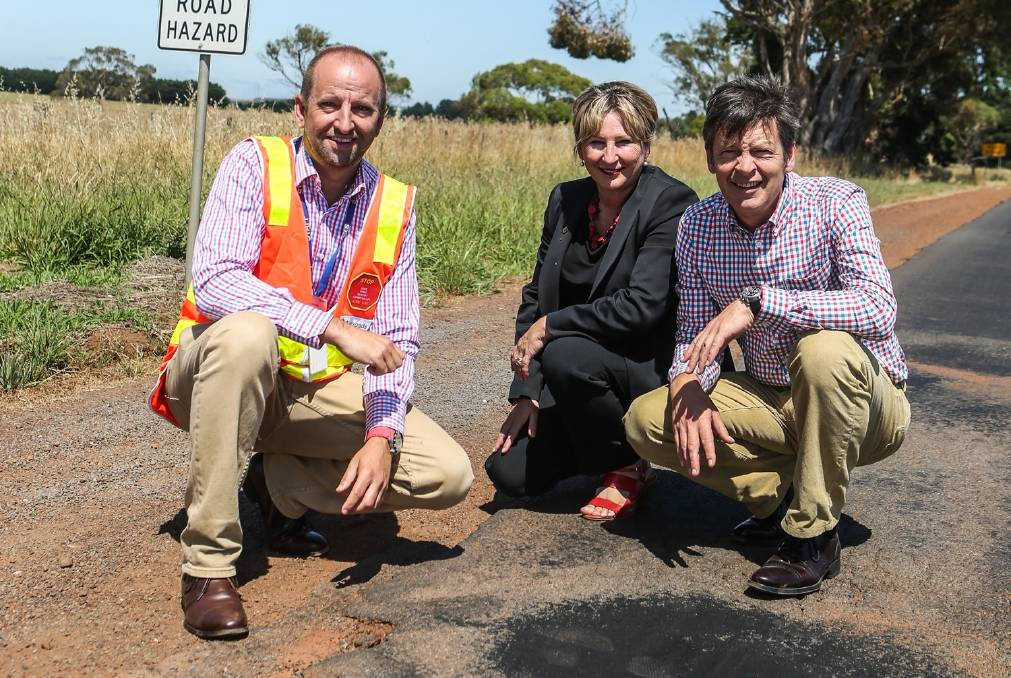 COMMUNITIES across south-west Victoria have welcomed a $50 million state government funding boost that will widen and repair many roads they have labelled as unsafe.

COMMUNITIES across south-west Victoria have welcomed a $50 million state government funding boost that will widen and repair many roads they have labelled as unsafe.

A 9.7-kilometre length of single carriageway on the Myamyn-Macarthur Road, the Ayesford Road near Garvoc, Vic, and the Timboon-Nullawarre Road east of Nullawarre, Vic, are among the roads to be upgraded.

Each have been the subject of community campaigns for upgrades.

Other south-west Victorian roads that have received funding for widening or maintenance are Foxhow Road near Leslie Manor, sections of the Warrnambool-Caramut Road north of Mailors Flat and Woolsthorpe and the Hopkins Highway west of Purnim.

Also included in the funding package are the Terang-Mortlake Road, south east of Mortlake, and sections of the Hamilton Highway in the Moyne and Corangamite shires.

Victorian Roads Minister Luke Donnellan said the funding was the biggest upgrade the roads had received for decades.

He said a major increase in heavy vehicle traffic from forestry, wind farms, mineral sands and increases in dairy production had taken its toll on the region's roads.

He said he had received lots of complaints about the Myamyn-Macarthur Road from the local community and the bus operator.

"It's impossible for two-way traffic to pass safely," he said.

"There are a few crests where there are blind spots."

Motorists have been forced to drive on unsealed and potholed road shoulders.

VicRoads regional director Mark Koliba said he expected work on widening the Myamyn-Macarthur Road would begin in the next few months.

The $50 million includes money for roads in the Geelong and Southern Grampians areas and Mr Koliba said VicRoads would be aiming to get as much work done for the money through competitive tendering.

Mr Donnellan was taken on a trip in a truck along the Woolsthorpe-Heywood Road in 2012 by community campaigners for road upgrades when he was opposition roads minister.

"I said I would deliver funding and I have done so," he said.