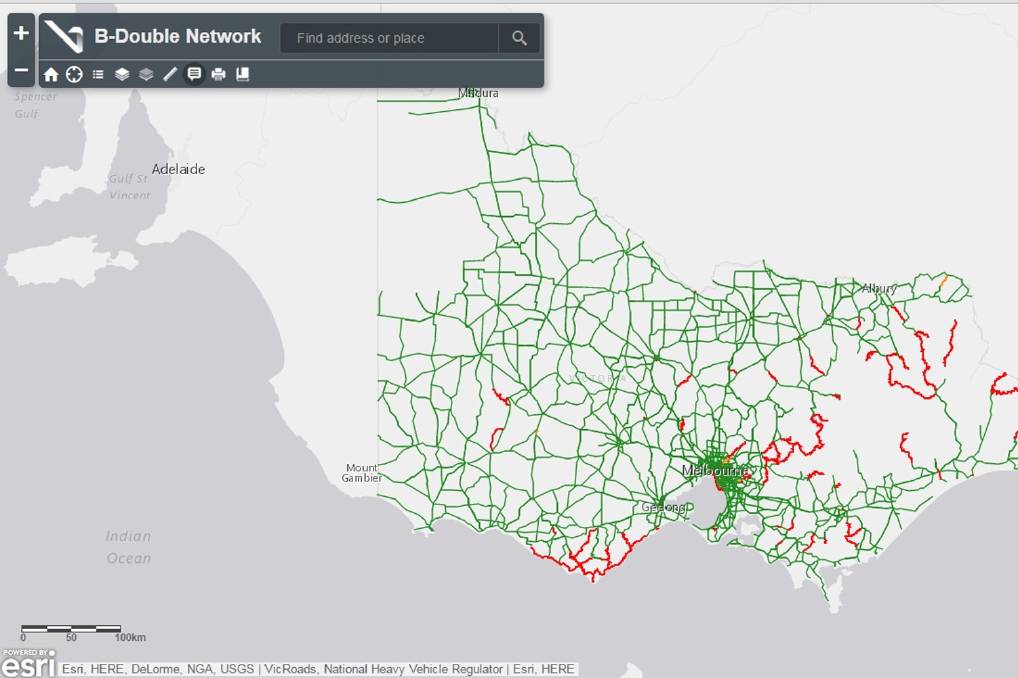 This issue was discussed at the United Dairyfarmers of Victoria conference on Friday.

Rob Di Cristoforio founded logistics and analysis company Advantia to improve trucking safety and efficiency. Along with Marsden Jacob Associates, the company has undertaken a Dairy Australia project to find out what is holding back transport growth.

He said new trucks offered enormous gains in maximum volumes, but many of these trucks were prohibited from Victorian roads.

He said the first step was mapping out which routes were available to bigger trucks, because this information was not readily available as main artilleries were managed by VicRoads but smaller roads were managed by local government.

The biggest hurdle to allowing bigger trucks were old bridges that could not safely support increased load sizes.

“We found the ones (bridges) that are in need of repair are low, and securing funding to fix these, well the benefits to all industry becomes no brainer,” he said.

In the past week, VicRoads has released a map online showing where some of the bigger truck configurations were permitted.

“If you don’t like what you see, you can make noise or could ask to have more roads added to the maps,” he said.

He said the dairy industry and agriculture more broadly would benefit immensely in terms of productivity gains if the road network was comprehensively mapped and any bridges that could not carry heavy trucks identified and addressed.

UDV president Adam Jenkins said these projects were starting to paint a picture of impediments to milk production growth and only by understanding these can representative bodies advocate for change.