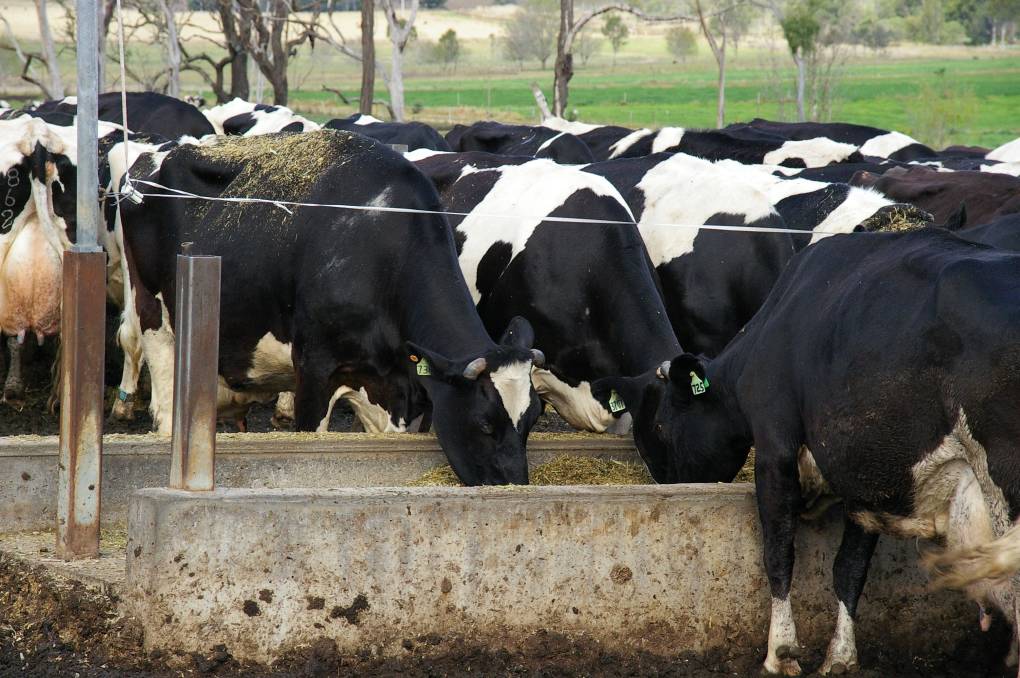 Ensuring cow feed is free of contamination is one of the ways to reduce the risk of botulism.

BOTULISM is a toxic disease that has a rapid onset and is often fatal. Although botulism is not common, when it does occur, the effects can be devastating.

BOTULISM is a toxic disease that has a rapid onset and is often fatal. Although botulism is not common, when it does occur, the effects can be devastating.

There can be huge losses of stock and flow-on effects causing significant impact on the farm business, including:

*loss of milk production from a decline in stock numbers;

*loss and disposal of contaminated feed plus replacement cost, and

In dairy cow herds, Botulism is most commonly caused by animals eating spoiled or contaminated feed.

This disease is not transmissible from animal to animal, although multiple animals can be simultaneously affected as a result of ingesting feed contaminated with the botulinum toxin.

In nearly all cases, it is caused by the ingestion of a toxin produced by the bacteria Clostridium botulinum.

There are a number of types of toxins produced ranging from A to G, with types C and D most common among cattle in Australia.

Although it is not common, botulism can also be caused through the growth of C botulinum in a wound or in the gut of the animal producing the botulinum toxin.

The first symptom of botulism is often sudden death or paralysis. Paralysis often affects the muscles in the hind legs first before progressing to the fore legs and head including the tongue, jaw and throat.

During the early stages of the disease, cattle tend to have a stiff gait, however, they are usually found sitting down and unable to rise.

As the disease progresses, breathing becomes laboured and paralysis of the breathing muscles results in death.

In severe cases, symptoms can be observed within 12 to 24 hours of ingestion of contaminated material, though losses can be seen for up to 17 days after ingestion.

There is no treatment to cure botulism as there is no antitoxin available in Australia.

Once cows are unable to stand, recovery is unlikely; resulting in death or the animal requiring euthanasia.

Mildly affected cows may be nursed to recovery across a number of weeks.

Farmers can undetake a number of things to minimise the risk of botulism. A number of these are good hygiene which should already be carried out on the farm.

*check for and remove any animal remains from the paddock before mowing for silage or hay (this will not eliminate the risk of small animals being killed during the mowing process);

*do not feed out rotting or contaminated silage, hay or other feed stuffs;

*if chicken manure is used on farm, store it away from feed and prevent cows from accessing this area,

*withhold cattle from grazing and producing silage or hay off pastures or crops that have been fertilised with chicken manure for at least 21 days;

*prevent stock access to cattle and other animal carcases as these are a source of botulism if consumed.

If the farm has a high risk of botulism (e.g. mixer wagons are not cleaned regularly, risk of feeding spoiled or contaminated feed, using chicken manure with a high load of chicken carcases),

there is a vaccine available which could be used as part of a risk management strategy.

There are a number of different vaccines that provide protection against the Type C and D botulinum toxins and the length of protection varies from annually to three years.

In northern Victoria and other areas where botulism is not endemic, an annual vaccine is recommended.

Some of these vaccines do require a booster shot a short-time after the initial vaccination, with all of the annual vaccines requiring an ongoing annual booster to maintain long-term immunity.

In these situations, vaccines offering two or three years protection are not recommended for use as the animal's immune system needs to be challenged by the botulinum toxin during the two or three year period post vaccination to maintain immunity and this does not occur in non-endemic areas and under some feeding systems.

Vaccine costs vary depending on the type of vaccine in the range of one to three dollars per dose.

If a booster shot is required this should be considered when costing a vaccination program and the costs of vaccination needs to be weighed against the risk and potential consequences of not vaccinating.

There is a lag time between vaccination and the cow's development of immunity. During this time cattle may still be susceptible to the botulinum toxin.

This time period varies with each vaccine, so if considering vaccination this is something else of which to be aware.

If considering vaccination, discuss with a vet or animal health adviser which vaccine will best suit the situation.