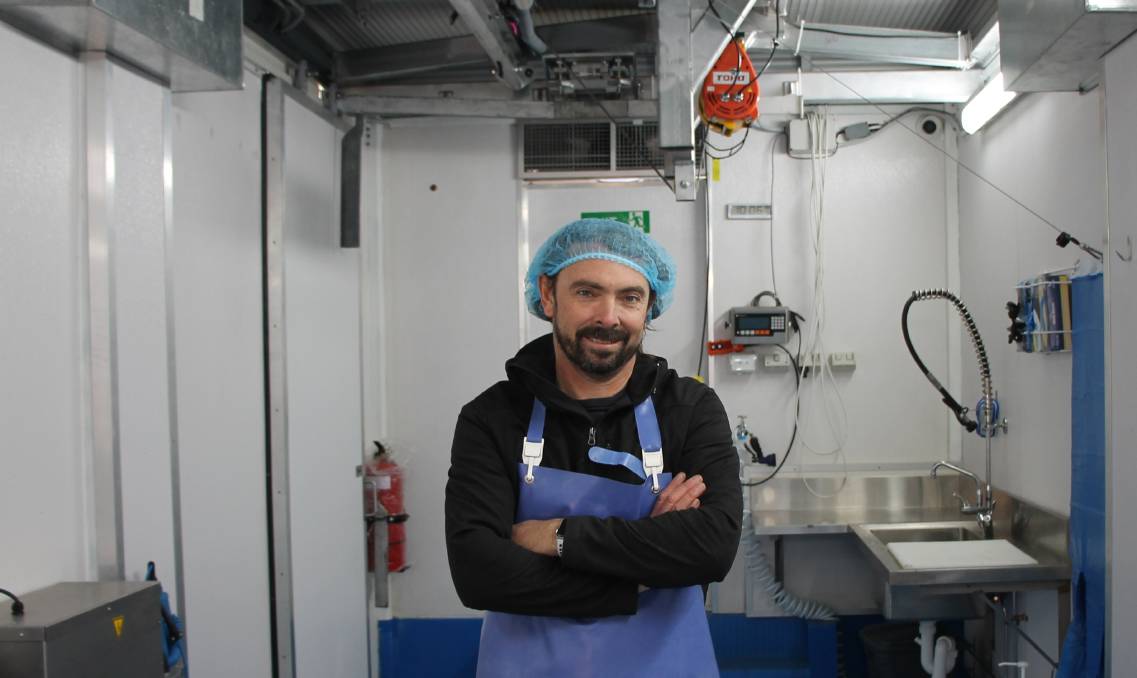 Provenir Pty Ltd is now licensed to operate in NSW, and is working towards getting licences in other states.

Australia's first mobile commercial abattoir has been licensed to operate in New South Wales, and has plans to expand across the country.

Last month, the NSW Food Authority granted a licence to Provenir Pty Ltd to use their purpose-built mobile processing unit on farms. The decision means producers, retailers, caterers and restaurateurs can provide consumers with meat from livestock that have been raised, finished and processed on the one property.

Co-founder and CEO of Provenir Chris Balazs said NSW legislation meant it made sense to apply there first.

"The legislation there is clear that an abattoir can be mobile [and] the NSW food authority were strict but clear about what we had to do," he said.

"We have to meet exactly the same standards as all other operators. The first time we went for the licence we were unsuccessful. They clearly indicated what we needed to fix, and a week later we'd fixed that and they gave us the licence.

The licence means that Provenir can only operate as a mobile abattoir in NSW, but the meat they process can be sold across Australia. Now work is underway to meet the licencing requirements in other Australian states.

In Victoria , there is a bill in parliament which directly addresses the shortfall that exists in the current legislation.

"We also want to operate in Queensland and Tasmania, and Western Australia has expressed a very keen interest," said Mr Balazs.

On farm, the Provenir operation consists of the purpose-built mobile processing unit, a truck carrying a portable cold room and holding facilities for the offal, hides and other waste, and another carrying portable yards.

From there, the carcasses are transported to the operation's boning and cutting rooms and storage facility for preparation, packaging and labeling. These are all portable buildings, which can be transported to the property along with the mobile abattoir, or to a central location close to where a group of properties are all using Provenir. 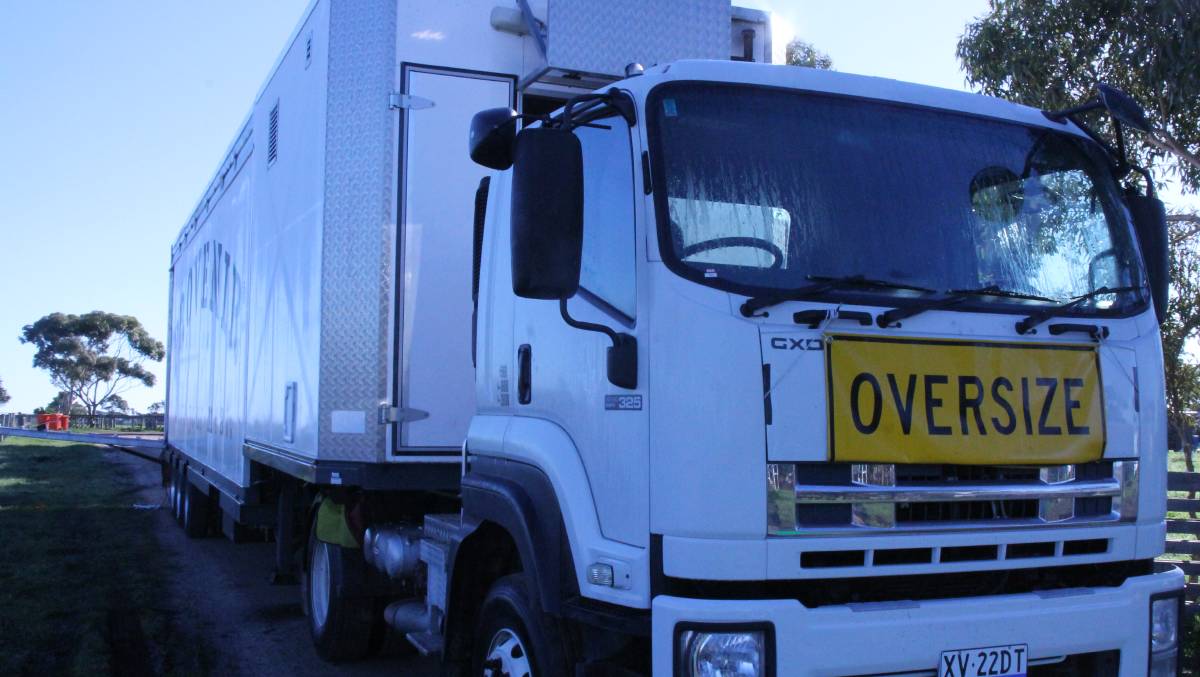 The heart of the operation. The Provenir Mobile Processing Unit (MPU). The mobile abattoir can handle ten head a day. That is a modest number, but Mr Balazs said Provenir has received plenty of producer interest and soon they want to raise the funds to build another five processing units.

"Farmers that we've partnered with have really been concentrated around the [positives of] producing 100 per cent grassfed cattle," he said.

"That's the flavor chefs and consumers want. We have some farmers turning off 4500 head, others that are doing a couple of hundred per year. So we're not large enough to take all of that. They understand that.

"But what they love is the possibility that Provenir presents at the moment. When we do build future trucks, and more of these units, then that actually starts to become a foothold in the industry that on-farm processed meat is an option for people to purchase. It's a viable alternative."

With the issuing of the licence, Riverina Hereford producer John Doyle was the first to host the mobile abattoir on his farm Claredale. 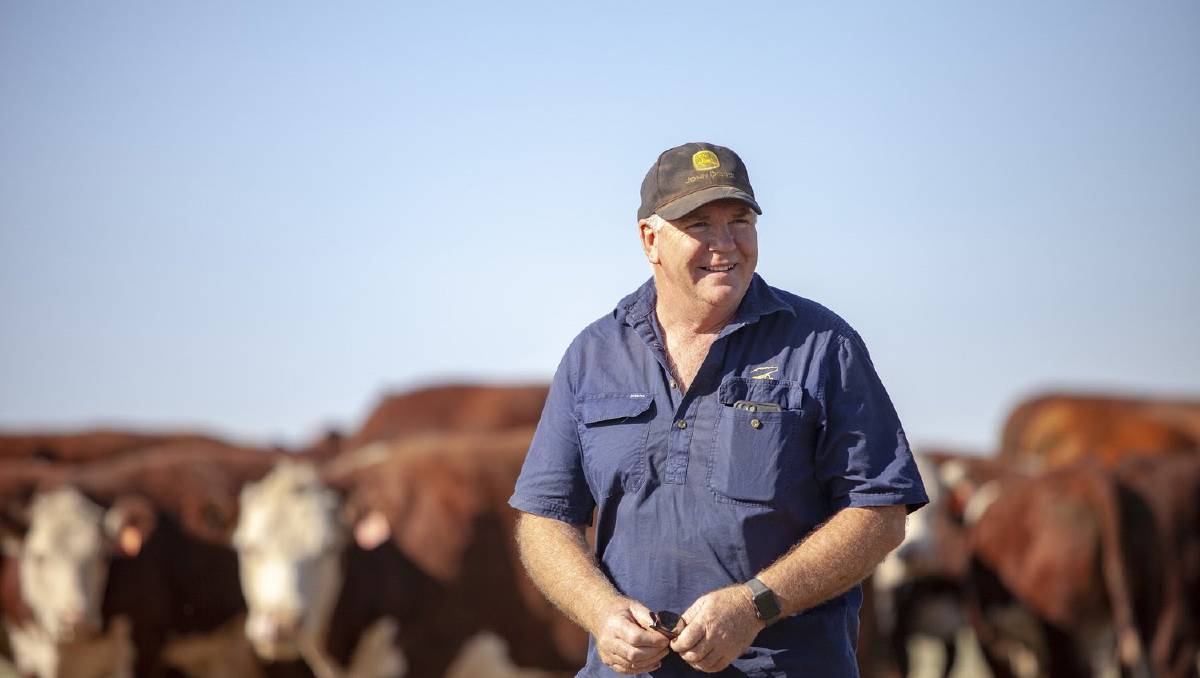 "As farmers we've processed our own cattle on-farm and eaten that beef, we know there is nothing better," said Mr Doyle.

"The Provenir process will be very similar to that and will hopefully be of benefit to consumers that buy that meat.

"Another benefit for consumers is the traceability that Provenir provides. While from our perspective we're looking forward to the feedback from the consumers to ensure we're breeding the cattle that people want to eat." 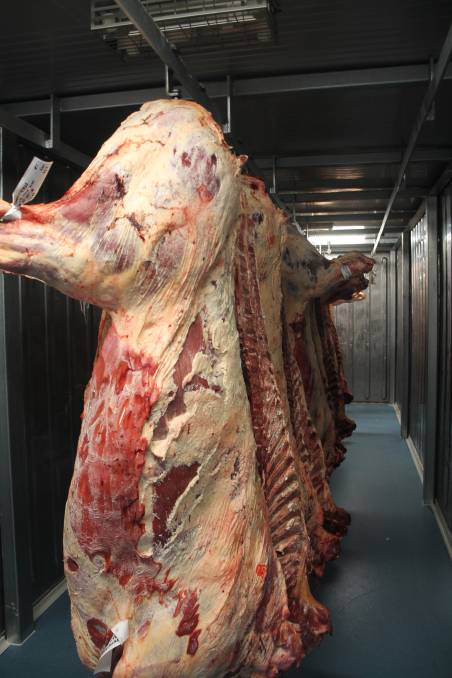 Ready to go: Some of the Doyle's carcasses reading for processing and packaging.

"Consumers can validate themselves where the meat came from, what the cut is and then we can provide them with recipes as well. So we really want to engage the consumer to enjoy cooking meat again and know where it comes from and that the welfare aspects of the meat that they're eating has been fully respected."

Chef and restaurateur Guy Grossi, has given his support to mobile on-farm processing.

"Mobile abattoirs make so much sense, both from a culinary point of view, as well as being great for animal welfare," he said.

After 20 years as a scientist in the bio-pharmaceutical industry, 17 years ago Mr Balazs changed direction into farming. From his farm near Bannockburn in Victoria, he developed a paddock to plate business. From there the concept of maintaining provenance over the complete process grew and Provenir was born.

"About two years ago I was accepted into a accelerator program, specifically looking at ag-tech," he said.

"The program gave us the opportunity to form the company, where I was lucky enough to have five other co-founders join me on the journey to make on-farm processing a reality. We've had to raise a lot of money to do that, through an equity sale. So we now have shareholders [and are] an incorporated company."

"Just prior to obtaining our licence we ran a Pozzible campaign," said Mr Balazs.

"We had so many people who were supporting us and wanted to try the meat that we thought it's a great opportunity. Let's get our supporters to be the first to actually try the meat when we come to that. So we raised just under $70000 through that, which showed that we had incredible consumer support, and that on-farm processed meat had a place in the market."