A heifer exhibited by Brad and Jess Gavenlock won the junior championship at the Victorian Winter Fair on Wednesday. 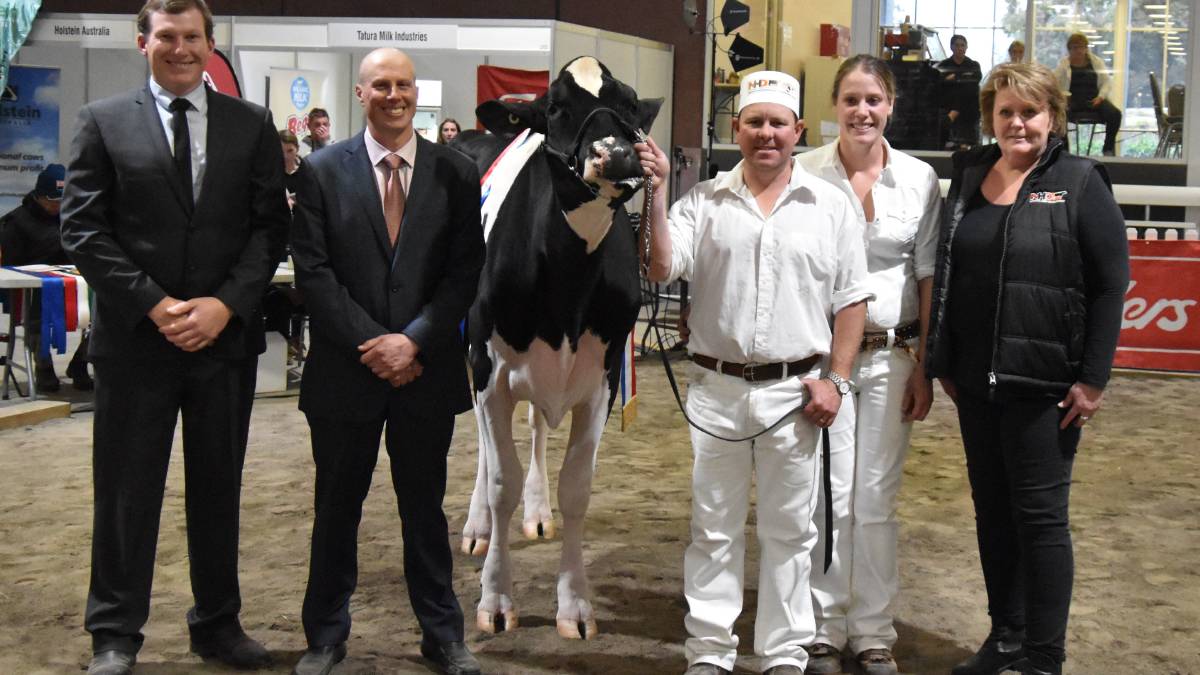 A heifer named junior champion at the Victorian Winter Fair is the epitome of its owners' breeding program.

The couple dairy farmed in Wisconsin for two years before returning to Australia and establishing a specialist breeding and show preparation business.

Mr Gavenlock said Chassity's Innocence was exactly what they strove for in their breeding program.

"She's a great individual - she's obviously fertile - she makes a lot embryos and she's got a world-class pedigree.

"We are about marketing and selling cows.

"You could refer to her as a cash register."

The heifer is from a Doorman, out of VG Atwood and goes back to the $1.2 million Chassity cow in the United States that has sired lot of high-end bulls and females.

Mr Gavenlock said the heifer, which was also junior champion at the Sydney Royal Show this year, had already been flushed.

Most of the embryos had been implanted and some had been sold.

They plan to sell the first choice of all its daughters in their tag sale on November 1.

The heifer was joined a few weeks ago and Mr Gavenlock hopes to be able to show it at International Dairy Week before bringing it back to next year's winter fair for the milk classes.

"She's what we need personally in our business and it is what everyone needs whether you are milking cows or selling cows," he said.

"Her pedigree ain't for everyone but that's the beauty of this industry, it's not a one shoe fits all."

Judge Matt Templeton said the heifer was a comfortable winner.

"When you get to breaking her down, there's not too many faults in this heifer," he said.

"She's got that beautiful dairy strength we love to see, the depth and openness to her chest.

"She's comfortable on her feet and legs."