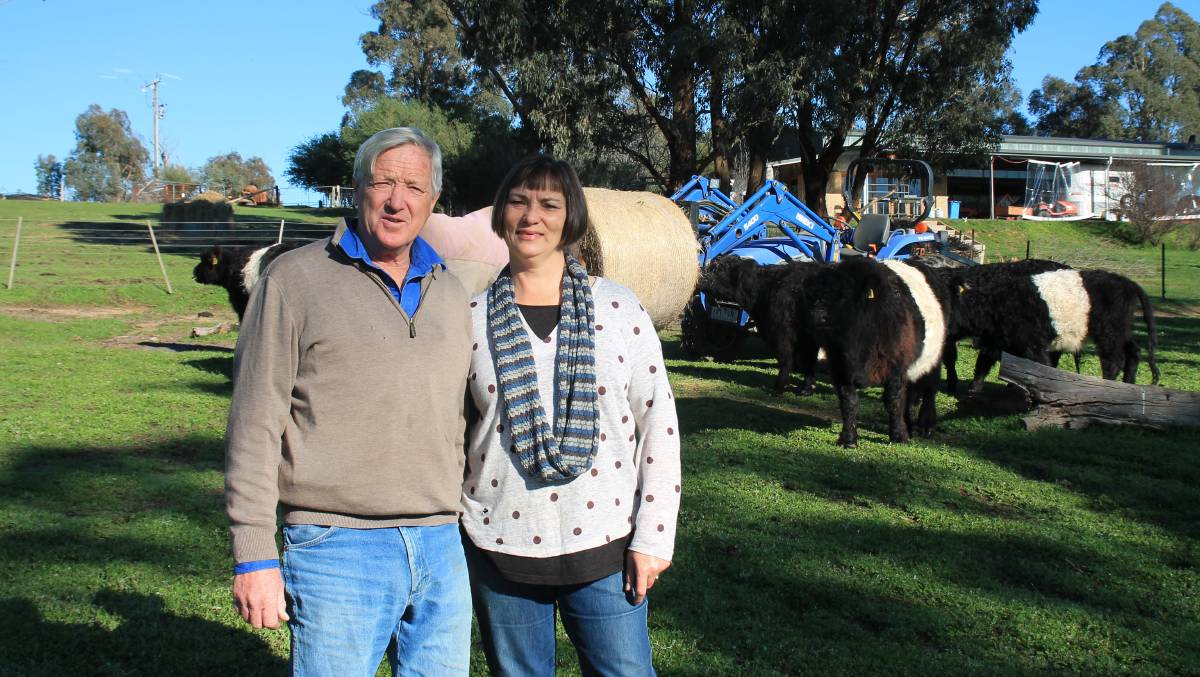 RMAC's stakeholder groups have welcomed the recommendations. But it has not been universally welcomed

Stakeholder members of the Red Meat Advisory Council have continued to show support for the recommendations made in the white paper review into the industry Memorandum of Understanding released last week.

But for some commercial producers the white paper's release has come as a surprise, and for others it is not a major priority for their attention.

The white paper has recommended Australia's red meat industry representative groups to be merged and unified as one body, to be known as Red Meat Australia. It also recommends that the research functions of the Australian Meat Processors Council, LiveCorp and Meat & Livestock Australia be combined into a single body, and that the MoU be renewed and updated. 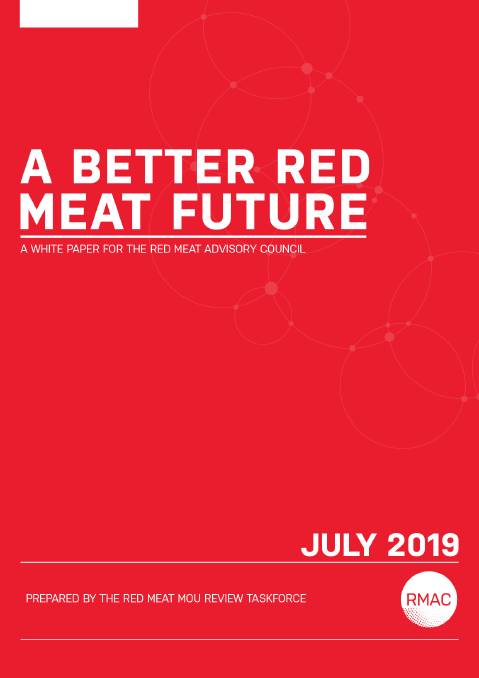 Two major commercial beef cattle producers contacted, while aware the MoU was being reviewed had not studied the recommendations, and were not prepared to comment at this time.

For producers, wholesalers and retailers, Allen and Lizette Snaith from "Warialda" at Clonbinane, north of Melbourne, the white paper came as a surprise.

"I don't get time to sit down and scan every email. But I didn't know there was a white paper being done," said Mr Snaith.

After studying what has been recommended Mr Snaith said the changes, if implemented, will have little day to day impact, but will hopefully allow small players like them to have a voice in the industry's future.

"We're micro, we do a tonne of carcass meat a week, so I don't think it will have an affect," he said. 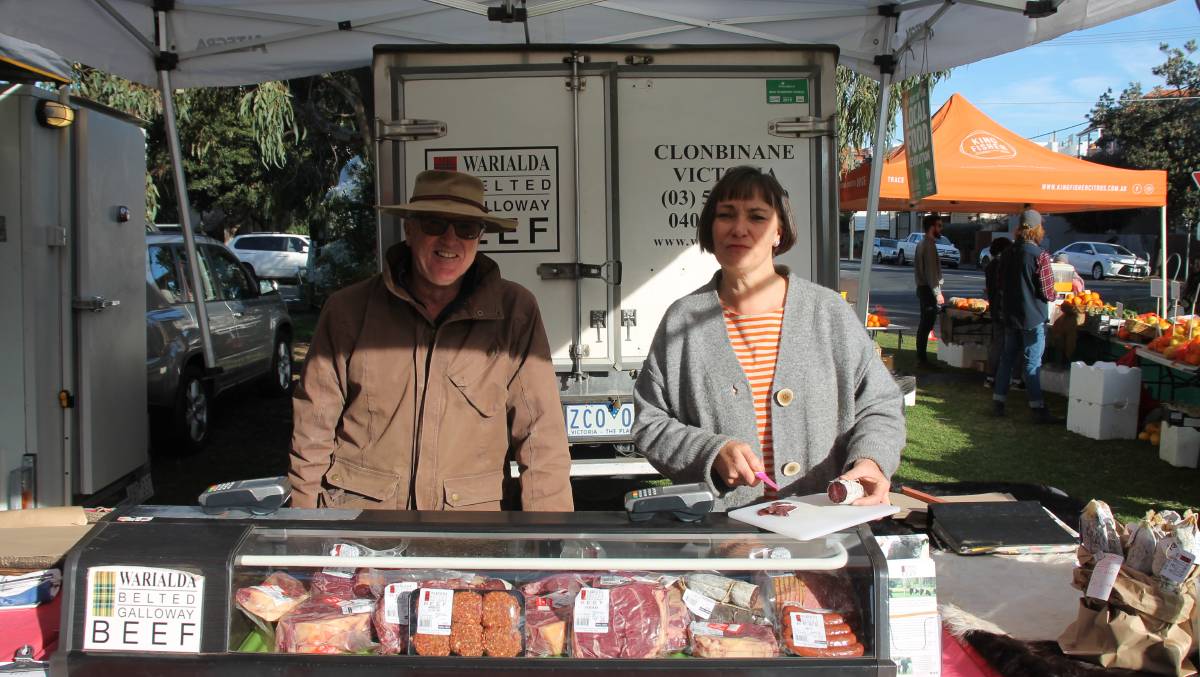 AT THE MARKET: The Snaiths man their store at St Kilda's Peanut Farm Farmers Market in Melbourne.

Sheep Producers Australia has given its support to the white paper's recommendations.

Chief Executive Graham Smith said he knows there will be a range of views.

"We argued in our submission that because we have such a contentious environment with a lot of small players we all struggle to get our message across," Mr Smith said.

"We don't believe the capabilities of the current peak industry bodies are enough. We feel that were moving into a more volatile environment within Australia politically, economically and with consumers. Also internationally when its comes to competition."

For those industry players, and commentators who are opposed to the changes recommended Mr Smith has this advice.

"There will be a range of discussions around the funding, [but] put your feelings aside and think about the sector as a whole and how we maintain our position." 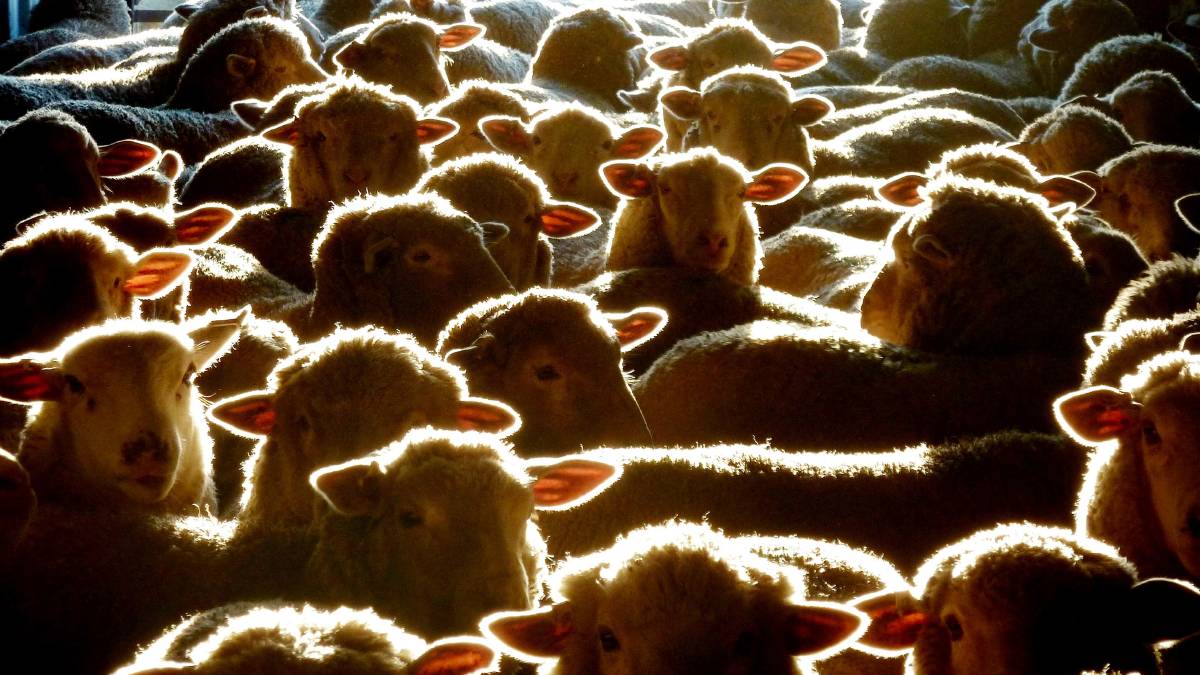 The Chief Executive of the Australian Meat Industry Council, Patrick Hutchinson, said they will be talking its members over the coming weeks

"We support the broad aims of this exercise, which is about promoting a stronger, more competitive and streamlined industry," he said..

"We'll be going out to members in the coming weeks and months to hear their response to the white paper, and in due course will share our thoughts on the best way forward."

The Chief Executive of the Australian Livestock Exporters Council, Mark Harvey-Sutton said ALEC supports the move towards a single voice for a better red meat future.

"A renewed MoU and structure is critical for red meat businesses so they can benefit from a more streamlined, agile and efficient industry," Mr Harvey-Sutton said.

"ALEC and LIVECorp have been discussing amalgamating and this could be a good forum to further explore that."

But another industry group, Cattle Producers Australia, which was formed to represent grassfed cattle producers, has added their opposition to the white paper recommendations.

The chair of CPA Dr Paul Wright said levy paying producers of grass-fed cattle risk having insult heaped upon injury if the structural changes proposed in the white paper were to be implemented.

"The recommendations produced by a string of Senate Inquiries, ACCC and other comprehensive reviews appear to have been arrogantly ignored," said Dr Wright.

As the various red meat industry players digest the recommendations and decide how much support they will give to supporting them producer and retailer Allen Snaith has a couple of things on his wishlist.

"The last thing I'd like to see is the individuality [each group brings lost] ," he said.

The other wish is a key part of the reason given for the creation of Red Meat Australia.

"If they can put pressure on government," he said.

"Government can give thousand dollar in tax cuts to everybody, particularly on certain income brackets, how about, if this body happens, they can put more pressure on government to get funding through?

"I don't mind paying levies. I think they're important, because it works on throughput. But a bit more government support would be good."

Do you have something to say about the recommendations made in the RMAC white paper? If so leave us a comment below.