It may take a number of years for hay and fodder stocks to recover, according to the Australian Fodder Industry Association. 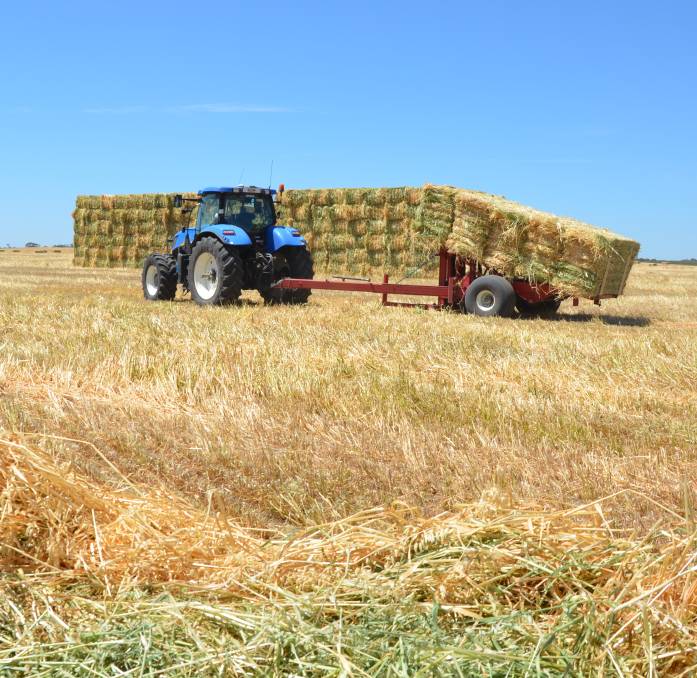 IT may take a number of years for hay and fodder stocks to recover and give producers a reprieve from painfully high prices, according to Australian Fodder Industry Association chief executive officer John McKew.

Supplies are extremely tight and demand continues to be strong, particularly with regions across Australia still in drought and the cold subduing grass growth.

Mr McKew marvelled at how quickly the feed shortage occurred.

"In early 2018, I was being asked about the over-supply of fodder and hay products in Australia," he said.

"We emptied out two seasons worth of production in less than 12 months.

"By the end of 2018, that modest production season, affected by drought and frost events, was quickly soaked up by demand, which has been strong ever since."

Mr McKew does not expect the 2019 season to alleviate the feed shortage.

"There has been rain, which has provided a slight green pick and relief for those that had dry sown crops," he said.

"But there are still large areas of the country that are suffering from the dry, so that tightness of supply is going to stay around for some time to come."

Mr McKew had not heard of croppers putting in more hectares to hay to capitalise on the high prices.

"Cutting cereal crops for fodder can be quite opportunistic," he said.

"Depending on what happens with grain and hay prices and the finish, dictates whether grain crops are more profitable to be cut for hay.

"Even if we have a great season this year and the year after, it could take up to three years to get stocks back up to a comfortable level.

"And for as long as we have short fodder supplies and continuing dry conditions during winter, destocking will continue.

"Hopefully the recent rain can get grass growing and take the foot off fodder demand and give people some reprieve on feed costs."