A game change is about to occur in the field of treating Theileria disease, with the recent approval for a minor use permit of a medication in Australia for research purposes. 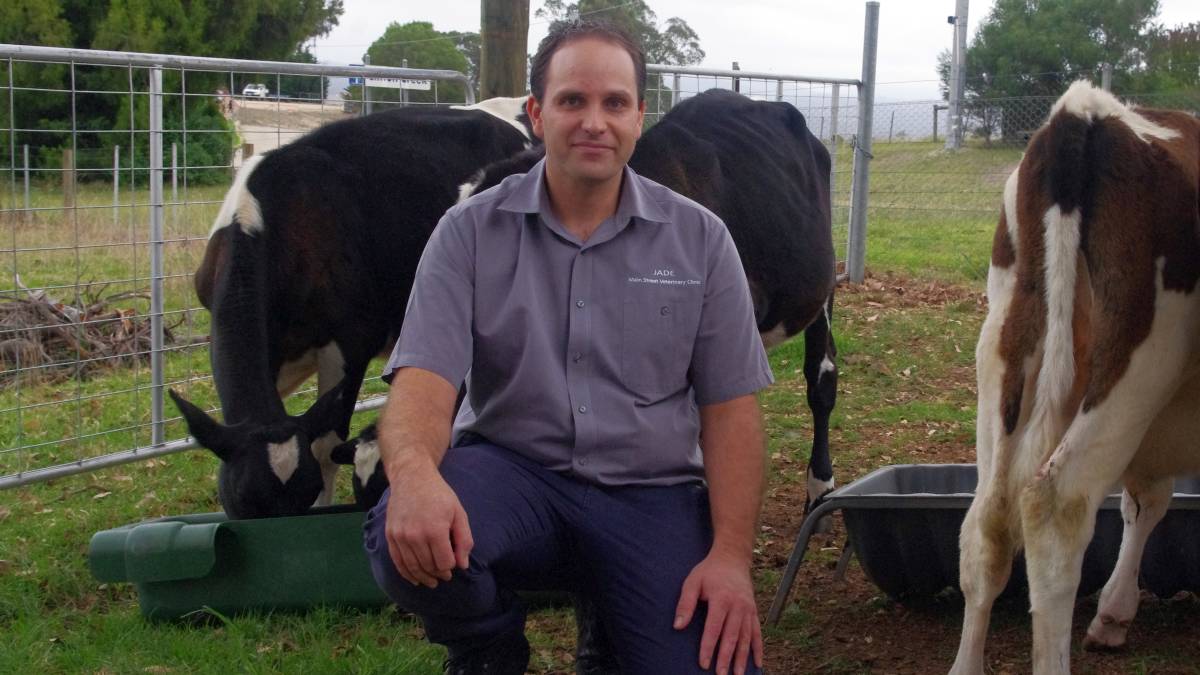 RESEARCH: Dr Jade Hammer with some of the steer calves that were part of his research into Theileria.

A game change is about to occur in the field of treating Theileria disease, with the recent approval for a minor use permit of a medication in Australia for research purposes.

Theileriosis is a tick-borne disease, caused by organisms of the Theileria group, that infects blood cells of cattle and reduces the oxygen supply in sick cows; and may lead to the collapse and death of the animal.

Bairnsdale, Vic, veterinarian, Dr Jade Hammer, has dedicated the past few years to studying the disease, including as the subject of a Masters thesis through the University of Sydney. He recently received approval to import and use the Buparvaquone drug, after a lengthy lobbying process.

Dr Hammer led research into identifying which ticks and other biting insects contributed to the spread of Theileria. He concluded the Haemophysallis longicornis tick was the culprit and Theileria infection in cattle occurred during the sexual reproductive phase of the tick.

"This phase results in changes in the parasite that helps it evade the immune system," he said."The tick bites the cow and transfer of the disease occurs."

Mechanical transfer can also occur, although cows infected through this method tend not to show high levels of the disease.

"Their growth rate is reduced and they get a fever, but there are fewer production losses than the cattle affected who receive the disease from the tick," Dr Hammer said.

Dr Hammer undertook clinical research into transmission on a group of Friesian steers, over a period of 12 months, from the ages of six-to-18-months. Different quantities of blood, containing the parasite and disease, were injected into the steers, to measure how much blood was required for transmission. 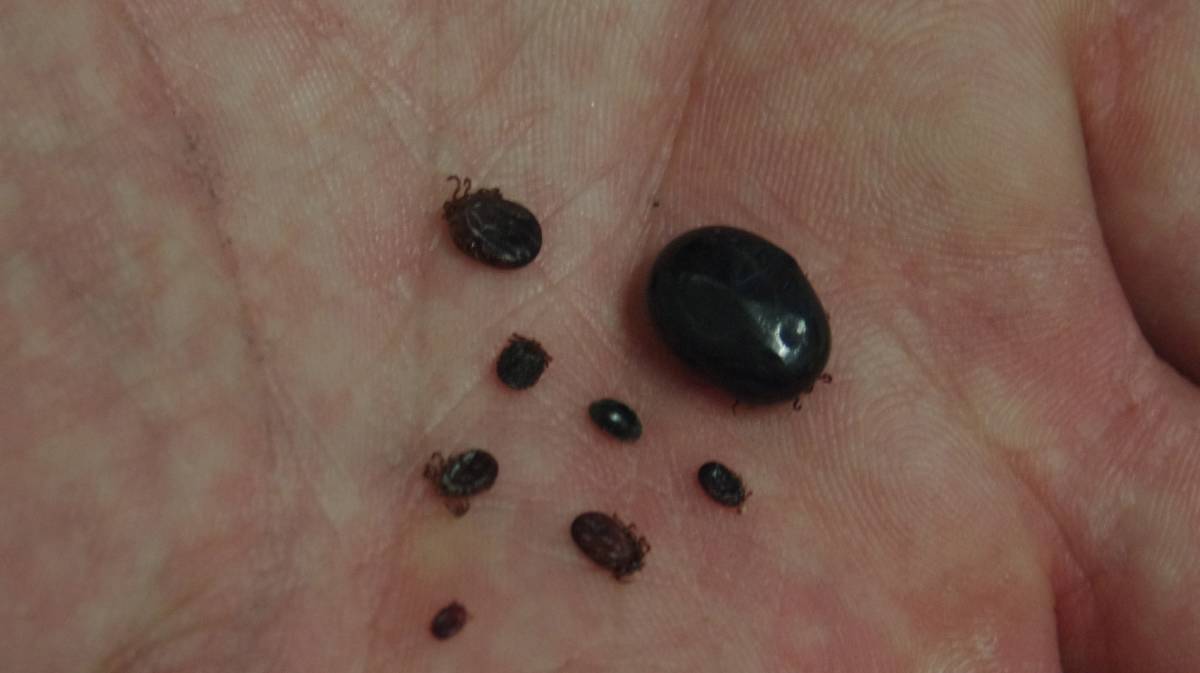 TICKED OFF: Ticks have been confirmed as the vector that carries a parasite to infect cattle with Theileria.

"Theileria has been recognised in Australia since 1910 and is found in all the mainland States, but was considered benign. Since 2006, outbreaks have become widespread in south-eastern Australia, affecting production," he said. 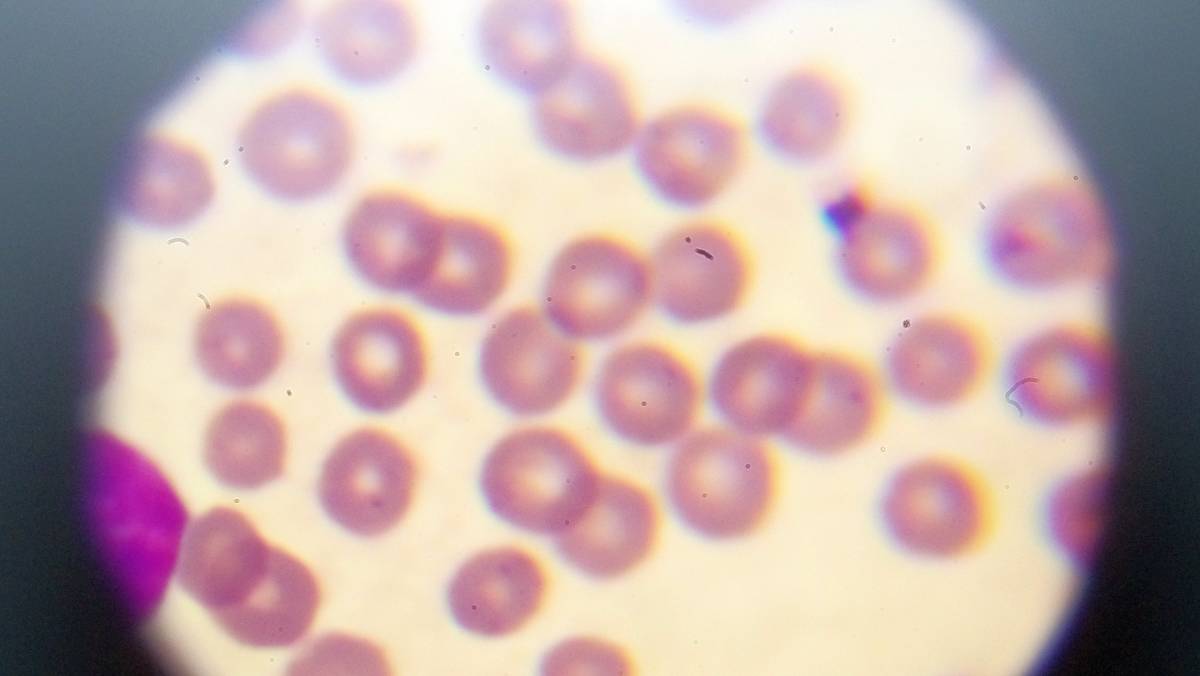 DISEASE: Theileria in a blood smear.

In Australia, outbreaks typically occur although not always after periods of changing weather, to rain and high humidity; but throughout the nation, outbreaks have been recorded over a period of 10 months in the year. Moving cattle onto a property with a high burden of the parasite is a significant risk factor for an outbreak. The stress of transport can sometimes allow the parasite to take hold in the herd.

"So the herd can be exposed previously to Theileria, but stress drought, nutritional, illness, mastitis, pregnancy can all exacerbate the impact of the disease," Dr Hammer said.

In a 2011 NSW survey of 44 properties, farmers assessed the average annual cost of Theileria disease on production as $19,783, and up to $204,000. NSW Department of Primary Industries has estimated an average cost of $58,916 for dairy producers who have Theileriosis in their herds.

"A study in 2014 showed at 100 days and 305 days of lactation, Theileria-positive cows produced significantly less milk, milk fat and milk protein than other dairy cows in the herd that aren't affected by the disease," Dr Hammer said.

That economic production loss has been measured at $202 per head, with an average drop in production of 300 litres in the first 50 days of lactation. A further cost of $1800 per cow is estimated, after death of the animal.

The disease has been estimated to cost the livestock industries in Japan and Korea about $100 million US annually.

In a study funded by Meat and Livestock Australia, led by Professor David Emery, University of Sydney, in 2016, Theileria disease was estimated to cost the Australian cattle industry about $20 million annually (beef and dairy classes).

In the past several years, Dr Hammer investigated possible mechanical, biological and intermediate hosts, including ticks, biting flies, lice and mosquitoes, as well as needles and surgical instruments, trans-placental and colostrum transfer and even injury during transportation, as methods of spreading Theileria disease among cattle herds.

A 2016 study, funded by Meat and Livestock Australia, led by Dr Hammer, investigated the passive (mechanical or horizontal) transfer of infection. Blood from a clinically-infected donor was cryopreserved or freshly collected prior to inoculation into uninfected calves.

T. orientalis infection can be transmitted by as little as 0.1ml blood from infected to nave animals. Although mechanical transfer of infected blood did not result in clinical Theileriosis, calves remained positive for 15 months, with obvious implications for husbandry procedures and disease epidemiology. Trans-placental and colostrum transfer were also investigated, but were not demonstrated in a limited initial study.

"The development of reliable recommendations for livestock producers to counter disease outbreaks has been hampered by lack of understanding of the parasite epidemiology in Australia and whether standard husbandry practices that include blood transfer could increase transmission," Dr Hammer said.

"We know the calf has to be infected within the first few days of life. We've also demonstrated in-utero is a rare form of transmission for the disease."

Dr Hammer investigated colostrum as a medium for carrying red blood cells and consequently the disease; and concluded it was theoretically possible for calves to ingest the parasite through drinking colostrum, but Dr Hammer was unable to prove it.

"Colostrum has been shown to be positive for Theileria," he said.

But further research would have to rule out other methods of transmission.

"The more we learn about this parasite, the more complex it gets," Dr Hammer said.

"It's highly contagious and highly adapted. The tick, itself, is complicated; the parasite in the tick is complicated. And the method of transference is complicated some calves show positive to the disease, some don't even though their mothers are positive."

It is that degree of complication that makes the news of a trial of Buparvaquone medication welcome to veterinarians and dairy farmers.

"It's registered for use in the majority of countries globally where Theileria is found," Dr Hammer said. "We want to get it fully registered in Australia."

The withholding period for use of Buparvaquone is currently a significant stumbling block in Australia.

"There is a lack of determination around the maximum residue limit," Dr Hammer said.

"But at the same time, there's an animal health issue because we have a simple solution to help more cows survive but it isn't available to us. There's also a farmer mental health issue, in the inability to effectively control or treat the disease." 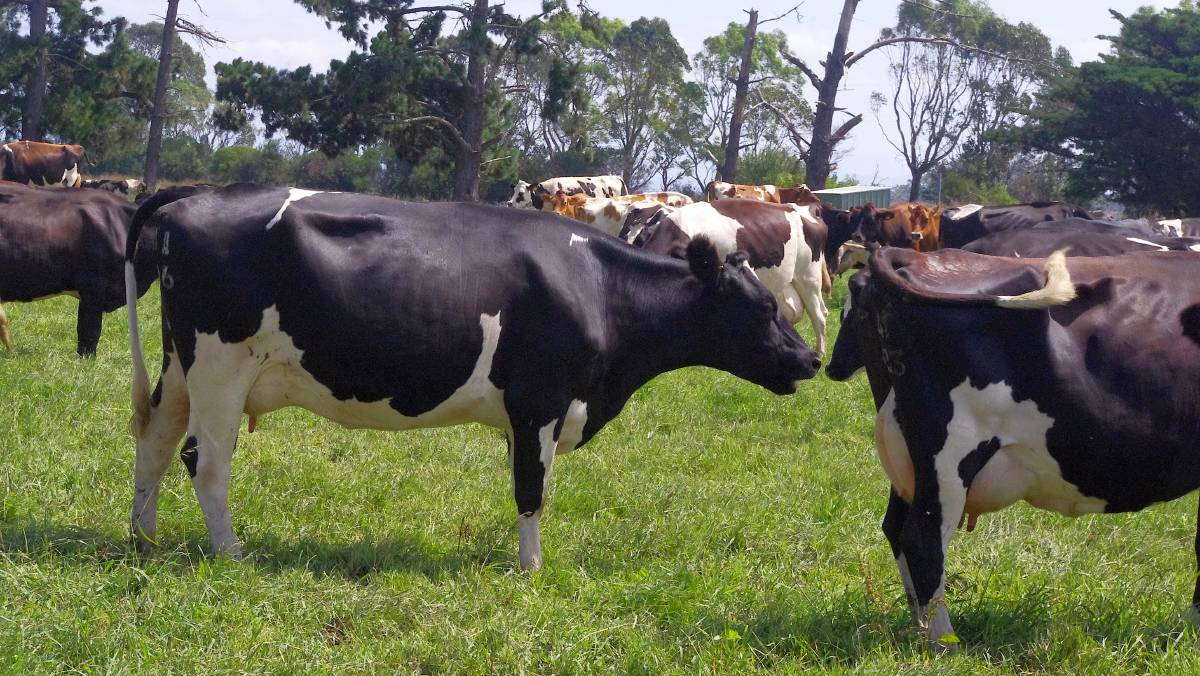 Dr Hammer's application was for a minor use permit, to medicate cows infected with the parasite and disease that are in a clinical trial with the University of Sydney. The research team will measure the effectiveness of the medication, towards helping future registration of Buparvaquone in Australia.

They will also compare the effectiveness of Buparvaquone against alternate therapies, including anti-parasitic drugs and antibiotics, against the parasite.

"Theileria is now an endemic disease on the Australian mainland. We now know it changes, mutating regularly. But we have a lack of effective treatments against it in Australia.

"It's very frustrating when there's an effective medication that's being used overseas. Buparvaquone eliminates the parasite from the animal's system.

"We are hopeful our research will help develop guidelines around the use of buparvaquone, that won't negatively impact on Australia's trade agreements.

"But we also want the ability to treat the animals," Dr Hammer said.