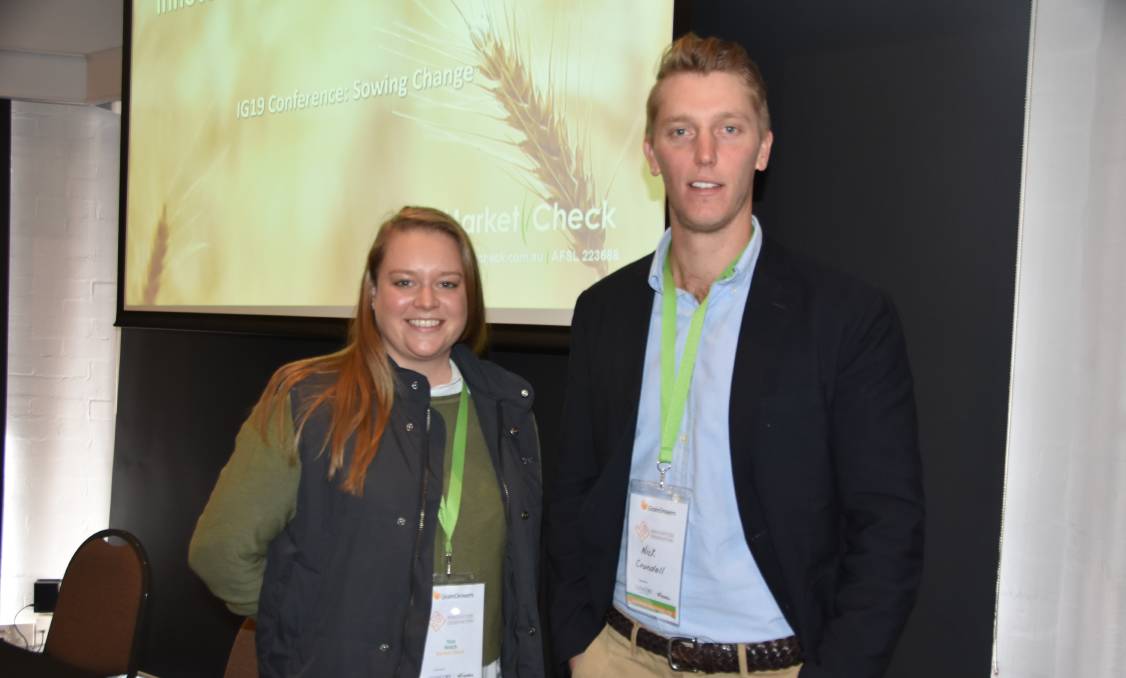 Russia and Argentina are winning more market share in key Aussie wheat markets like Indonesia, but climate risk is a bigger problem.

AUSTRALIA should not only be looking at the much publicised threat of Black Sea / Russian wheat exports taking market share in South East Asia but also needs to look at another low cost producer in Argentina.

That was the message from Market Check duo Nick Crundall and Tess Walch at last week's Innovation Generation conference in Ballarat.

"There is a double threat on the export front from both Argentina and Russia," Mr Crundall, the company's head of strategy, said.

Ms Walch, senior commodity advisor at Market Check, said in key export markets such as Indonesia they had learnt to do more with less in terms of wheat.

"Previously there has been strong demand for our grain because of its quality attributes, but now the millers are able to do more with less, meaning they can grab a larger percentage of cheaper wheat from other origins and do the same with it," she said.

Mr Crundall said the Indonesian millers had not only had success with wheat out of the Black Sea region but also out of Argentina, in spite of the grain having to move from Argentina's ports on the Atlantic Sea all the way over the Pacific to Indonesia.

However, Mr Crundall said while the figures may look gloomy in terms of a loss of market share, the growth in the markets of south-east Asia will mean in absolute export terms Australia is unlikely to lose sales.

"From an Australian point of view, the variability of production is a much bigger problem than the increased participation of other nations into those markets."

Looking locally, the Market Check pair said they expected strong basis to once again be a feature, even with east coast prospects, on the back of solid winter rain in the south, looking slightly better.

"The key is finding a way to hedge and take advantage of the prices, and we find hedging is very effective," Mr Crundall said.

"The data shows you can regularly outperform the market by $20 a tonne and even when other options, such as forward selling come out in front the numbers are negligible whereas hedging wins can be very solid."

Mr Crundall said knowing the cycle of the Australian grains industry, such as the fact basis is normally weakest in April / May could greatly help people get the most out of a hedging program.

In terms of the logistics Ms Walch said growers could either use a bank, futures brokers or a third party business such as Market Check.

"There are pros and cons to each option, which will suit different growers according to what they are looking for."