Did you know 49 per cent of all food in Australia is produced by women?

Each episode of Visible Farmer will give insights into the lives of women, from remote outback stations to urban market gardens, aged anywhere from their 20s to their 70s and from a range of diverse backgrounds.

Director and producer Gisela Kaufmann and producer Carsten Orlt worked together to bring the project to life.

"We heard about a study out of Melbourne that was looking into women on the land, especially in the historic context," Gisela said.

"That brought us to the idea that the image of a farmer really is a guy with a dog, so we thought we would go out there and bring these hidden faces to the forefront and put a spotlight on female farmers." 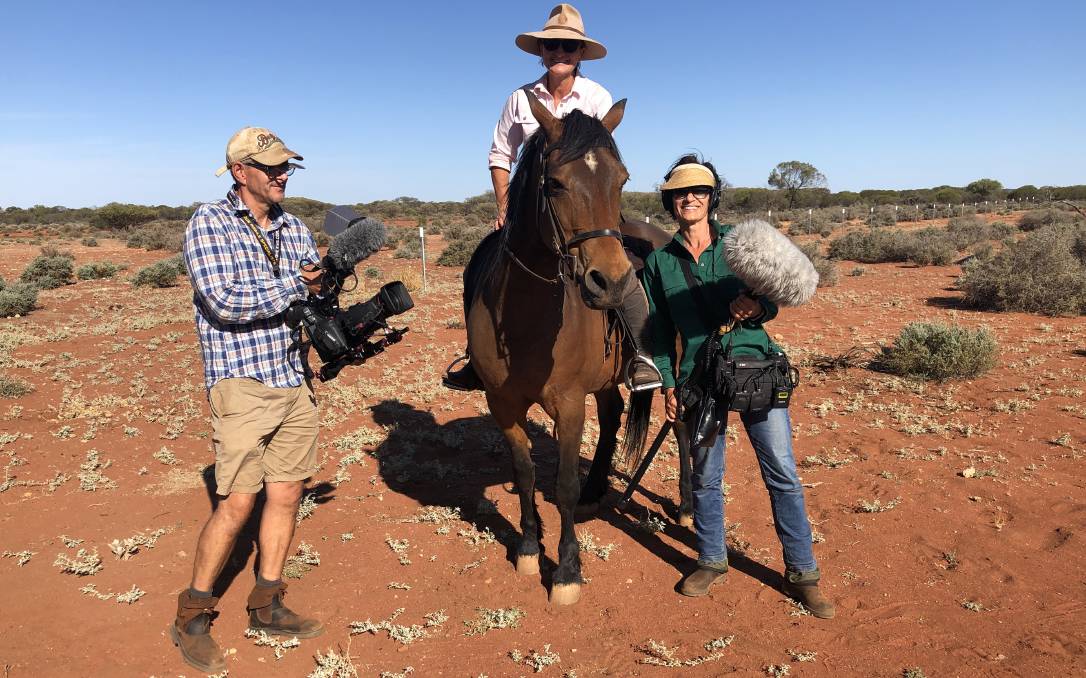 Gisela believes women have always been the backbone in the country, but never entirely in the spotlight.

"Most farms are at least half run by wives and daughters, it is absolutely not clear how much hands on and innovative stuff is happening through our women farmers," she said.

"They are across every field, they are focused on technology, innovation and diversification.

"The big thing is to see how equal it really is out there on the farms."

Gisela said a lot of women were reticent to acknowledge the work they did was anything outstanding.

"I usually ring the women and we have a chat and none of them say they do anything special," she said.

"They just do their jobs, and that is true I guess, but it is special in the sense that it is completely overlooked.

"They're pulling their weight as much as their partners, and there is a bit of shyness there, sometimes it takes a bit of work to share their stories."

Gisela hopes the short films will attract more women to agriculture, demonstrating what they can do and how much innovation women can bring to agriculture.

After spending 12-months on the road, filming is complete and now both producers are in the post production phase as the August 28 launch date looms.

"We were invited to launch at Dowerin Field Days, their theme this year is 'Celebrate Our Story', and they contacted us and said 'hey what you're doing is fantastic, why don't you come over and we work together on that'," Gisela said.

Eventually Visible Farmer will become a national project and run over various seasons, telling the stories of women from a range of agricultural sectors.

"We would absolutely love for women to contact us, especially now as we're looking to the eastern and southern states," Gisela said.

"We're delighted to fund a wide range of projects that explore unique aspects of Australian history and put a spotlight on contemporary issues including addiction and migration," Screen Australia's head of documentary, Bernadine Lim said.

"It's also exciting to support so many projects that celebrate stories of powerful Australian women and recognise their achievements in sport, music, agriculture as well as building communities among new Australians.

"I'm confident these projects will not only entertain but also spark conversations."

Following the launch, one episode will be released every fortnight.