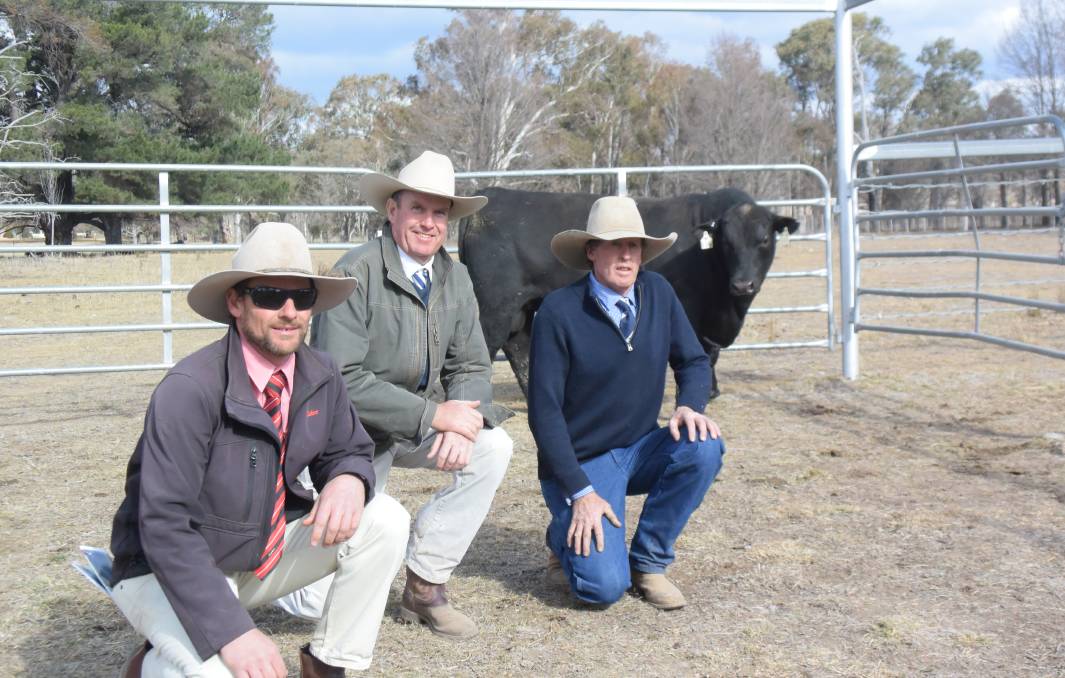 The White family's Eastern Plains Angus stud recorded a top of $9000 and a $4431 average on Wednesday at Guyra.

Guyra is among the worst affected by drought in the northern New England and these EU accredited and J-BAS 8 certified bulls were kept on a lean diet until three months ago when the two year olds weighed an average 550 kilograms. Since then the sires have been allowed feed on tap and presented on sale day at an average of 800kg.

Repeat client Stuart Grills, Alderberry Pastoral, Guyra, bought five bulls including Eastern Plains Noona N33 by Booroomooka Bartel K274, with scrotal circumference of 40 centimetres and breed values in the top 2pc for 200 day growth (+59), 400 and 600 days and in the top 15pc for fertility traits including days to calving at -6.4 and scrotal (+2.7). Mr Grills will put his Angus bulls over Shorthorn/Angus cows with progeny sold to the feedlots at 12-18 months.

"This year we reached weights of 350 kilograms, just. Normally we turn them off at 500kg," he said. The story Eastern Plains Angus to $9000 first appeared on The Land.