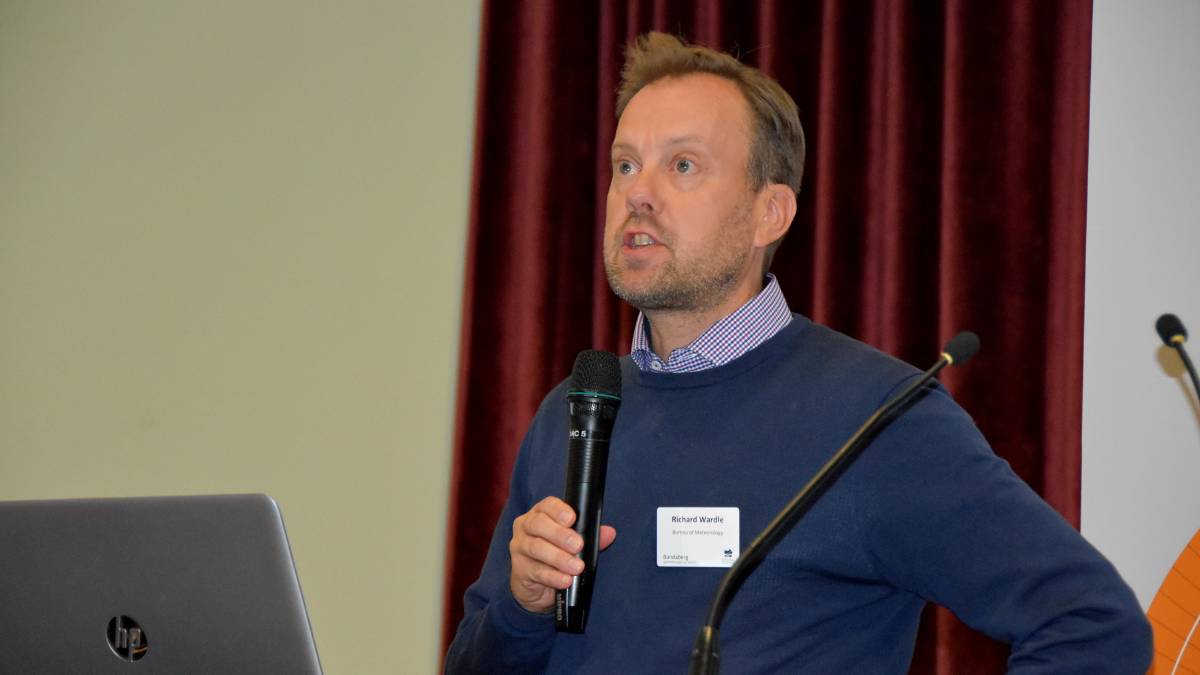 It started raining in Bundaberg as a BOM guru was telling of the dry to come.

RICHARD Wardle patted his chest and told the audience it wasn't a cardigan or jumper he was wearing.

"It's actually a bulletproof vest, given the outlook I'm about to give you," the Bureau of Meteorology weather services manager said, tongue-in-cheek.

He was speaking at the Australian Bureau of Agricultural and Resource Economics and Sciences (ABARES) Regional Outlook Conference at Bundaberg yesterday where spoke on the state of the climate.

Mr Wardle's bulletproof vest reference was in regard to the poor seasonal outlook for much of Australia with a strong overall chance of higher summer temperatures and lower minimal rainfall.

"Drought is not just about the lack of rainfall, it's also about the heat," he said.

"The dry 12 months that we've experienced, we expect to continue."

Ironically, while Mr Wardle was speaking, it began to rain.

"At the moment, El Nino is the neutral phase," he said.

"We were looking at El Nino watch a few months ago and it had backed off a little bit but we are seeing the influences of the Indian ocean and inter-temperature distribution at the moment is impacting rainfall in a way that it is reducing rainfall over the Australian continent. "

According to Mr Wardle, some of the changes owing to climate variation include:

He said southern Australia had been getting increasingly dry in the past decade, with low rainfall and increasing extreme heat event frequency.

January 2019 was noted as Australia's hottest month on record for the country as a whole. 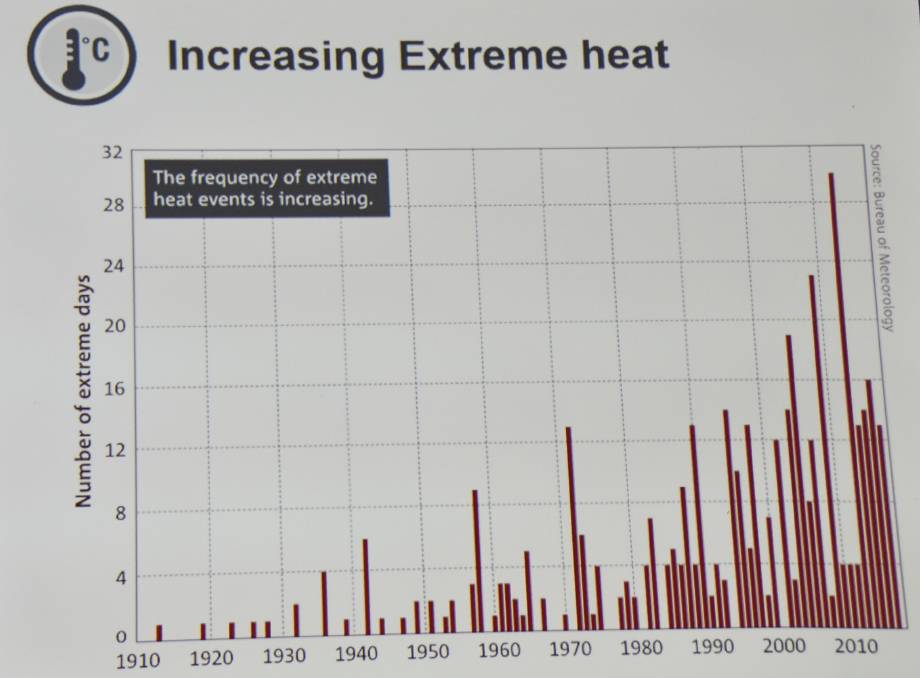 He pointed to 2013 which was a particularly hot year but one that also saw Cyclone Oswald dump huge amounts of rain throughout Queensland, resulting in widespread flooding.

The point resounded with the Bundaberg audience with many locals recalling the cyclone's effects when 7500 residents were evacuated, while houses were washed away and parts of the town's sewage network were destroyed.

He said worsening fire seasons meant they were starting earlier which provided a worry because there was a smaller window to manage the fuel build up.

Mr Wardle said it was now largely recognised that a failure to mitigate against climate change was considered a global threat.

Mr Wardle encouraged delegates to explore the MetEye feature on the BOM website to give region-specific forecasts and information.