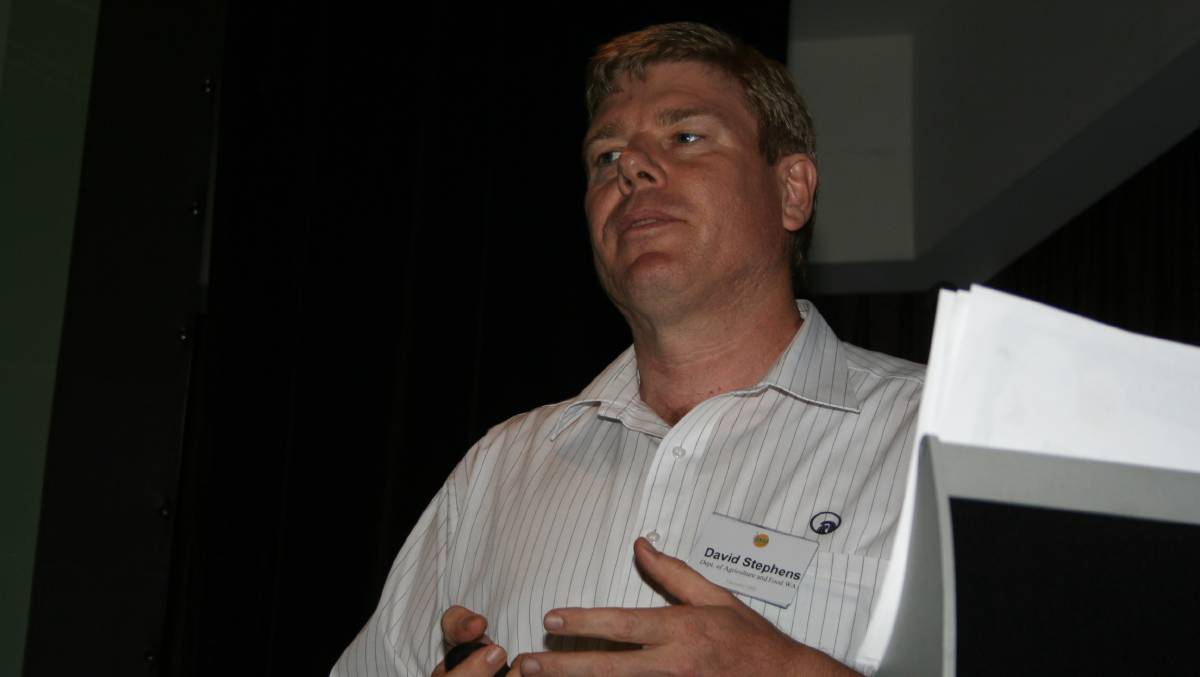 David Stephens, Agrometeorology Australia, says farmers have boosted water use efficiency in the past 40 years.

Rainfall patterns are changing, but grain growers are improving their water use efficiency as they battle to maintain productivity.

BY VIRTUE of ever improving water use efficiency (WUE) Australian farmers are managing to either maintain or gradually improve productivity in spite of the series of droughts that have hit eastern Australia in the past decade, however the ongoing climate variability presents a significant obstacle to keeping an upward trajectory.

Dr Stephens said climate had been a key impediment in boosting yields, but not always in the obvious manner.

He said big drought and frost impacts meant productivity had dropped in affected areas, but added there were also indirect spin-offs that hurt in the push for production gain.

"A reduction in nitrogen (N) application is also meaning yields are not as high as they could be and this is largely in response to farmers cautious about spending money on inputs that could be lost if the season is not favourable," Dr Stephens said.

However, he said there was some positive data regarding adapting to climate change.

"WUE has steadily improved in Western Australia, while in eastern Australia there are more blips, associated with poor seasons, but the trajectory is also on the up over the long-term."

Dr Stephens said farmers were working to adapt not only to hotter and drier growing seasons but a change in the rainfall patterns.

"In Western Australia winter rainfall is down on average 53mm, or 20 per cent, since 1890.

"In eastern Australia that figure is less pronounced, down 29mm, or 12pc."

However, he said on the flip side, summer rainfall has increased.

"Successful cropping in these areas is now more than ever reliant on storing moisture from the summer for use by the crop in the winter."

And he said growers were adapting.

A switch to earlier sowing was part of that.

There has been a four week switch towards earlier sowing since 1980 in Western Australia, meaning the crop is planted on average a month earlier now, often in order to take advantage of residual summer moisture.

"It is something people are doing well, I saw a 2 tonne to the hectare crop in 2017 that received just 28mm from March to July but managed to get established on summer moisture reserves and that is part of the adaptation process."

This year Dr Stephens said soil moisture profiles showed the difficult situation for much of the north-eastern cropping belt, but also alarmingly showed that large tracts of WA and South Australia are also well behind long term soil moisture averages.

Moving forward, Dr Stephens said the grains industry had to remain on top of emerging climate trends and come up with strategies to manage them.

"I think we should have industry good functions to assist supply chain planning and investment of research and development dollars to reflect those climate patterns."