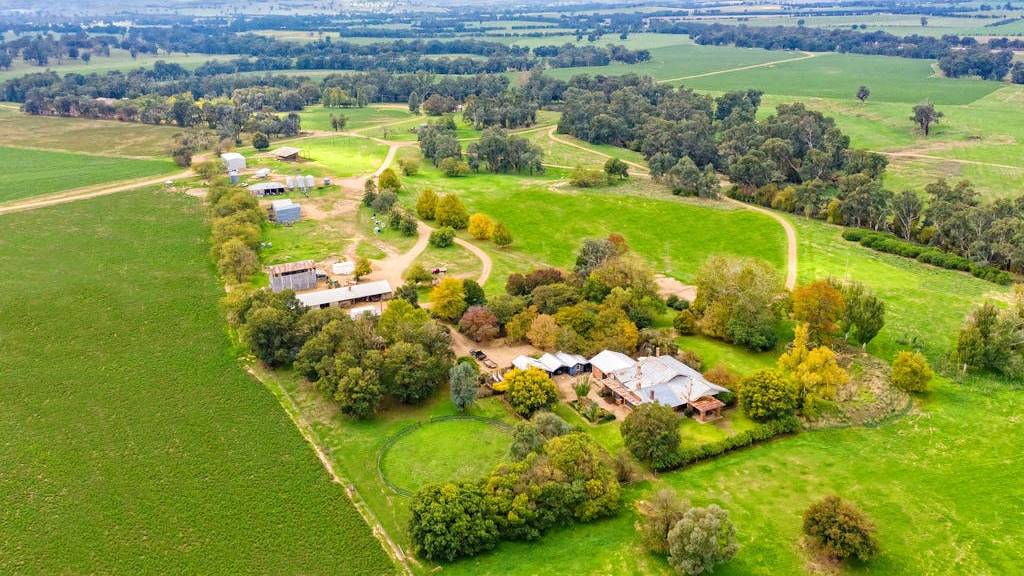 CHANCE OF A LIFETIME: The view of Holbrook property "Aberfeldy" which has reportedy sold for more than $20 million. Picture: Supplied

Historically it has been a productive and sought after part of the Billabong Creek. - David Gittoes

TWO Holbrook properties, "Aberfeldy" and "Stonehaven" have sold for more than $20 million and $11 million respectively in a show of support for rural real estate in this region.

The vendors and buyers of the two properties were unrelated, however, the sales occurred in quick succession and demonstrated confidence in the agricultural industry beyond the drought.

Real estate agent David Gittoes of Elders has worked in the Holbrook region for 25 years and described "Aberfeldy", which has sold to TA Field Estates, as being in the top one or two per cent of rural properties in the region.

"Historically it has been a productive and sought after part of the Billabong Creek," he said.

Meanwhile, "Stonehaven", believed to have been sold for more than $11 million, was purchased by a dairy farming family from Shepparton in Victoria.

In speaking about "Aberfeldy" Mr Gittoes confirmed that the sale was based on a "walk-in-walk-out" basis and included all livestock, plant and equipment.

"The current ownership, (Australian Farmland Limited) have done an enormous amount of improvements to the property," Mr Gittoes said.

Mr Gittoes said Holbrook properties always commanded interest. He said the region had security of rainfall and the soil type and reliable climate were both attractive.

However, even with those endearing features, he said to sell two properties of this calibre in quick succession certainly showed confidence in the industry.

He said TA Field Estates was a well known farming family with operations at both Jugiong and Carrathool.

Despite the drought sweeping across Australia Mr Gittoes said the Holbrook district was "blessed" to have received some good early rainfall.

A statement from Elders read that the sale of Aberfeldy occurred for the second time in history.

The holding was first settled in 1867.

The 1771 hectare (4376 acres) property once formed part of the famous Kinross Station owned by the leading pastoralist and pioneering Ross Family.

"Aberfeldy" was renowned for its productivity and versatility having run 10,000 composite ewes, in addition to cattle and cropping programs.