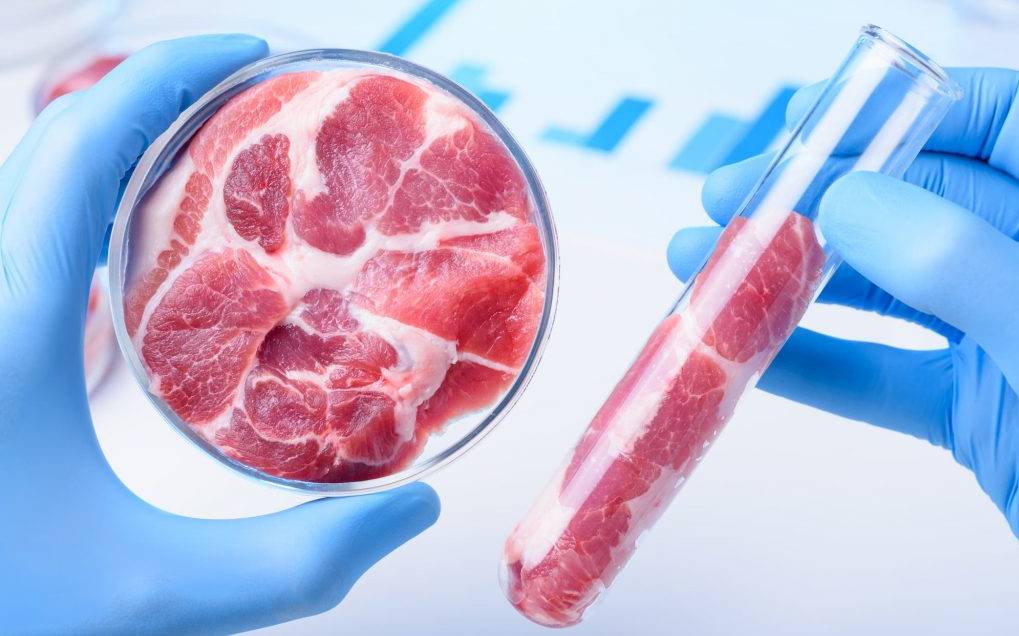 Farmers support choice, says the National Farmers' Federation, but when it comes to the emerging fake meat industry, "we just want honest labelling".

With the rise of vegan and vegetarian lifestyles in Australia also comes the rise of "fake meat" - food which looks and tastes like meat, but is actually plant-based.

More than 11 per cent of Australians classify themselves as vegetarian or vegan.

Veggie patties and rashers of 'facon' can be so realistic they even appear to bleed when cooked like meat from a slaughtered animal.

Another product of the fake meat industry is synthetic meat grown in laboratories.

It involves harvesting stem cells from a live animal and essentially being able to grow a steak in a lab environment.

This new industry has ruffled the feathers of the Australian meat industry.

Organisations like the NFF argue these products aren't in fact meat and are misleading to consumers.

"The official definition of meat is "'the flesh of an animal carcus", and these products aren't that," said NFF chief executive officer, Tony Mahar.

"The two products - meat and plant-based proteins - can coexist, but we want people to be informed about what they are buying through accurate and honest product labelling."

These products are misleading consumers to believe these plant-based products have a nutritional equivalency with dairy - David Inall, Australian Dairy Farmers

The issue of food labelling is also a challenge in the dairy industry with Australian Dairy Farmers (ADF) recently launching a campaign calling for the government to ban the use of the term milk on soy and nut-based drinks.

"Products made from soy, nuts, coconut and rice are using the term milk in their title even though they do not use milk as an ingredient," said CEO David Inall.

"This strategy misleads consumers into believing these plant-based products have a nutritional equivalency with dairy.

"A Dairy Australia survey showed 54 per cent of respondents bought plant-based milk alternatives because the perceived them to be healthier than dairy milk," he said.

Meat and dairy producers in the US are fighting the same battle as Australian primary producers, endeavouring to give definitive answers to the questions like: What does "meat" mean and who has the right to use the term "meat"?

At the moment 25 US states are working on food labelling laws with the aim to restrict the use of the words traditionally associated with meat and milk.

The state of Missouri was the first US state to pass a labelling law to regulate the use of the term "meat", restricting the term to mean the flesh from a slaughtered animal.

"We need to make decisions around what is meat, what is milk, what we classify them as and how that should appear on a product label in Australia," Mr Mahar said

"We need to work out what the government's role is in this to make sure we can pursue a labelling regime that is beneficial to consumers and producers."

Despite all this, Aussies still love their real meat and dairy products.

On average each Australian annually consumes between 10 kilograms of lamb, 20kg to 30kg of beef, veal and pork; and a whopping 40kg of chicken.

Dairy Australia estimates on average we each drink 106 litres of fresh milk a year.

Australia is one of the biggest meat-eating countries per-capita in the world with beef production valued at more than $11 billion, sheep meat at more than $4 billion, chicken is worth $2.4b, and dairy is worth around $4b.