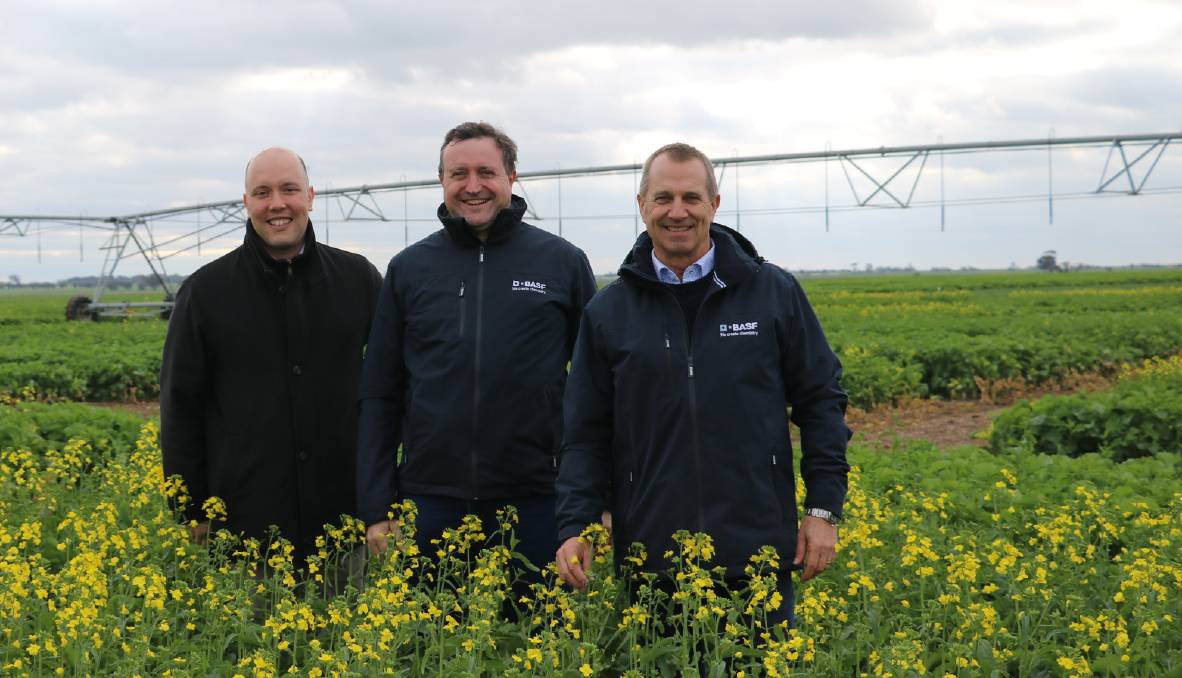 BASF is set to hit the market with a string of high profile crop protection releases, headlined by Luximax, a pre-emergent herbicide.

A NEW pre-emergent herbicide designed to give residual control of ryegrass heads a suite of products set to be launched over the next year and a half by crop protection giant BASF.

Gavin Jackson, head of agricultural solutions BASF Australia / New Zealand, said the company hoped to have 13 new products launched by the end of 2020.

He said while he expected all the new products to have a fit within farming systems, Luximax, which could have a similar fit to the popular trifluralin, was one of the most exciting.

"It's a whole new mode of action and anyone involved in farming knows how rare these totally different methods of control are," Mr Jackson said.

"It's been a busy time and we've invested a significant amount of people and resources in developing these products."

Other products under development include insecticides, with four of the eight new actives for insecticide products.

"Last year we launched Versys, which controls aphids in horticulture and cotton while being soft on beneficial insects and there are more on the way."

The company is also developing new fungicides, including Ilevo, which will be used to control blackleg in canola.

Gustavo Palerosi Carnerio, senior vice president of agricultural solutions for BASF Asia Pacific said the company was also looking outside the square in terms of investments in spaces such as biological controls and soil wetters.

"With biologicials there is strong interest and curiosity and the market is growing quicker than conventional crop protection products, albeit off a low base," Mr Carneiro said.

"They are not yet as effective or efficient as conventional products but that is what we are working towards."

He said there had been promising results, which will include the new release Velifer, a biological insecticide and work on a fungicide that controls botrytis.

Mr Jackson said this was an area that also had strong growth potential, especially for those farming on sandy soil without ready access to clay to delve to improve soil structure.

"The Divine system is tailored to the individual soil type, depending on how much clay content there is and is one way farmers can look at improving their soil to hold more moisture."

"We see Divine as part of a holistic approach of improving soil structure and water holding capacity."