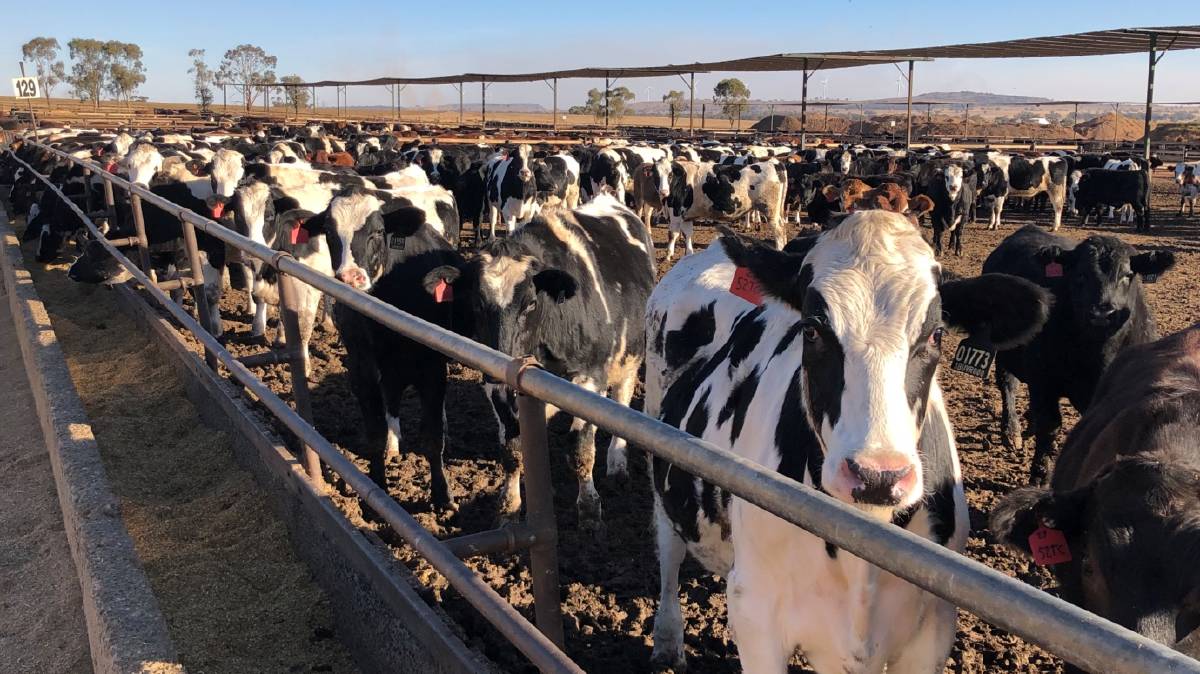 Dairy farmers have an opportunity in the next couple of years to become a key part of the beef supply chain on the back of the massive drought-induced beef herd cull.

Dairy farmers have an opportunity in the next couple of years to become a key part of the beef supply chain on the back of the massive drought-induced beef herd cull.

A convergence of trends in both the beef and dairy industries is paving the way for potentially lucrative new markets for dairy farmers.

Mr Williams said the high female cull rate in the beef industry would have an impact on national beef herd numbers for the next 5-10 years.

"That is going to cause huge disruption to meat production domestically," Mr Williams said.

At the same time, demand for Australian beef is increasing, particularly from China, where African swine flu has created a 16 million-tonne hole in China's domestic pork production.

This would then allow the use of beef semen over part of the herd to produce dairy-beef cross animals for the beef market.

The development of a Meat Standards Australia (MSA) index for Holsteins and Jerseys, which is the aim of Dairy Beef Project trials that are expected to wrap up next year, would open up further opportunities to sell into the beef market. CHINA DEMAND: Australian heifers on a new dairy in China, where massive expansion is underway.

Farmers would also be able to sell excess dairy breed heifers to export markets, particularly China, which is ramping up its domestic dairy industry.

Mr Williams has just returned from a trip to China where he saw massive new dairies being constructed in Inner Mongolia, which were looking to Australia for young stock. 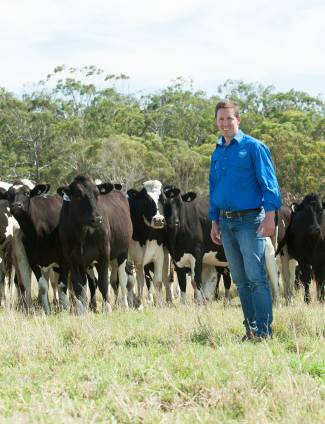 OPTIONS: Tim Jelbart on his family's Leongatha South, Vic, farm where they have used sexed semen to lift the number of heifers produced.

Leongatha South, Vic, dairy farmer Tim Jelbart is one farmer who has taken a strategic approach to herd replacements.

They then genomically test the heifers to identify the highest genetic merit animals as replacements.

"These include export heifers at nine months of age; heifers in calf to sexed semen at 16 months of age; and heifers and cows at the point of calving or freshly in milk.

"Our decisions vary depending on what prices are on offer at the time, current and forecast seasonal conditions and where we make the best profit margin.

"This helps to diversify our livestock income."

They are also using Waygu semen over the tail end of the Holstein herd.

Calves from these joinings are contracted to be sold at nine months or 200 kilograms to BeefCorp.

"Value adding to livestock sales is a key part of increasing our overall farm income and fully utilising the land resource we have available," Mr Jelbart said. CHOICES: The Jelbarts have a range of choices for what to do with heifers produced in their farming operation.

Mr Williams said when farmers were able to lift the number of replacement heifers, they could set up their farms to no longer have 90pc or more of their income from one source.

The advantage was they were creating diversification within their existing system - they weren't having to add something different to their farm.

He said the key to creating surplus animals was to set up the system to produce more replacements from maiden heifers.

Ten years ago dairy farmers were not joining maiden heifers to Holstein semen because they wanted to manage calving ease - so all replacements were coming from milking herds, which as a result of genetic selection, were becoming more productive but also less fertile.

"But we are changing that," Mr Williams said.

Farmers could now have more confidence in joining maiden heifers to artificial insemination because:

"This allows for a massive surge of calves at the start of the calving period," Mr Williams said.

The turnaround in fertility, with a change in genetic selection, meant more replacements were also being bred from the main herd.

Camperdown, Vic, farmer Chris Place has seen the results of this type of approach this year with a shed full of heifer calves in the first six weeks of calving.

Mr Place, who milks 400 cows in a family operation with his brother Peter and wife Diana, said he had been using sexed semen for the past 4-5 years but this year was the first in which everything had fallen into place.

And the results were amazing.

He had 120 heifer calves in the shed in the first 6-7 weeks of calving - and expects to have about 150 by the end of the calving period in September.

"I will have to decide what to do them because I haven't got room in the shed," he said.

In the past, Mr Place was getting only 70-80 heifers and was forced to carryover empty cows in the seasonal herd.

He now plans to genomically test the heifers to select the best ones to keep, will be able to cull all the unwanted cows from the herd and will look to sell the excess heifers, potentially to the export market.

Mr Place said it had taken hard work and a focus on all the details to get the heifer breeding program right.

"We give the heifers priority," he said.

"We try to grow them really well and then we weigh them before joining and we don't join anything under 320kg."

They use a fixed-time AI program on the heifers and fresh sexed semen from Total Livestock Genetics at Camperdown.

They have also used a synchrony program on earlier, younger cows in the herd and have used sexed semen over some of them.

They use home-bred Friesian bulls and two Banquet Angus bulls as mop ups.

The Friesian females from the later calvings have been sold for export, the male Friesians calves go to the market at five days, while the Angus-cross animals have a ready market with local hobby farmers.

He has just started using activity meters on his cows to help lift submission rates in the herd and has been selecting bulls for high fertility genetics.

Mr Place said if this breeding strategy continued to be successful, in future he might use beef semen over the later cows.

He wouldn't plan to rear those beef-cross animals but could see an opportunity to sell to others, particularly those who had gone out of dairy farming.

"My priority is dairy and I don't have the space to rear all these calves," he said.

"But there is an opportunity for those who want to ease back to switch over to dairy beef."

Mr Williams said beef might look at dairy differently, as a result of the Dairy Beef Project trials and the need to find stock to fill the supply chain.

"I can see calf rearers coming back, contracting directly from farms," he said.

"They'll say there is a business model for them to pick up and rear for beef.

"And some dairy farmers will do their own sums and rear these (surplus animals) because of the massive hole in the beef chain." 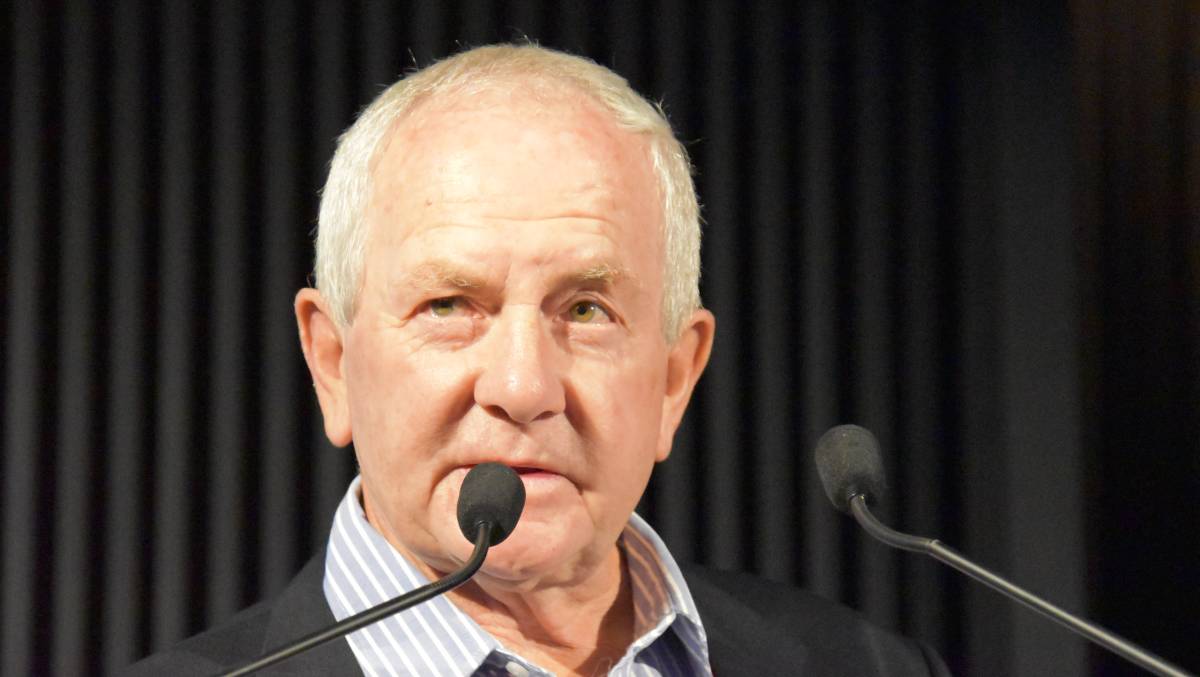 DIVERSIFICATION: Bega, NSW, dairy farmer Ken Kimber tells the Australian Dairy Conference about how he has diversified into rose veal.

He told the Australian Dairy Conference earlier this year rearing a large number of heifers had given him the option to cull problem cows, keep the herd young and healthy and sell excess heifers.

He has stopped sending bull calves away on the truck at seven days of age and now reared them to 7-8 months to supply a niche market for rose veal.

The RSPCA has developed a strict accreditation program for the product, which includes staff training, health requirement and food safety requirements.

He said returns for the product had been under pressure due to the drought and higher cost of feed.

Mr Kimber told the conference dairy farmers could use sexed semen to breed heifers from the top part of their herd and then look at other options for the remainder.

These included raising male animals for the yearling steer beef category, producing Waygu-cross animals for the Dairy Beef Alliance or using beef semen specifically developed for dairy-cross, such as the Angus InFocus program.