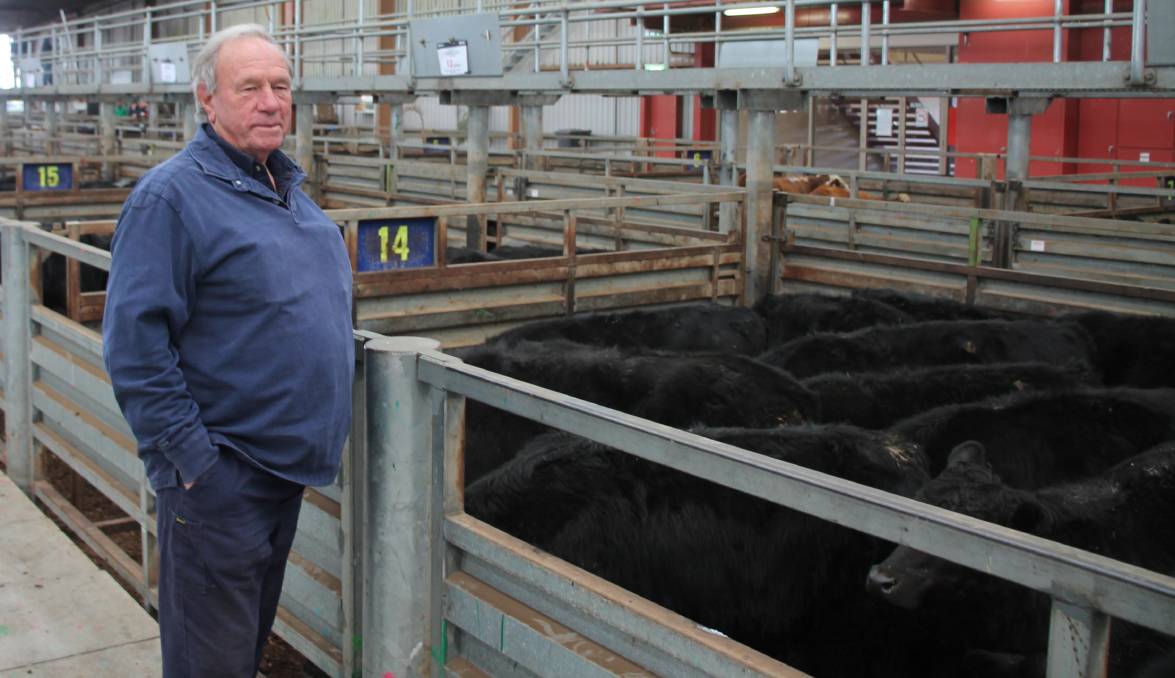 Good recent rains meant John O'Sullivan from Morelands at Tooradin, Victoria, was at the Pakenham store sale on the lookout for steers for fattening.

Good rain over the past weeks mean southern markets are attracting extra buyers, and interstate cattle.

While temperatures have plummeted across southern Australia, producers have been heartened by continued wet weather.

For some that's enough to head to the sales hoping to top up numbers for fattening for future prime markets.

That, combined with some strong store prices for quality stock, was enough for drought-stricken producers in northern NSW to send cattle nearly 1200 kilometres south to the Pakenham store sale.

Meat & Livestock Australia (MLA) reports that numbers at prime sales across Victoria and South Australia are light with offerings described as mixed with steady demand.

But over the past week, the south has recorded falls of up to 50 millimetres, with patches in both Victoria and SA, and also southern NSW recording up to 100mm.

For John O'Sullivan, Tooradin, a fall of 12.5mm the night before the Pakenham sale, on top of the rain he'd had the week before, was enough to convince him to try and pick up a few extra head.

Mr O'Sullivan was looking for some steers in light store condition, which he could fatten on pasture up to 600 kilograms.

"I've got weaners to go at Christmas time and I'll be looking to buy steers between now and the end of September to run on for 12 months to finish off," he said.

"I think now is a good time to buy, I think they're only going to get dearer from now on."

Elders livestock agent Carlo Taranto said the 60 steers and 50 heifers were the sort of cattle buyers were looking for, and unless there was major rain in the north soon, they could expect to see more cattle from there heading south. 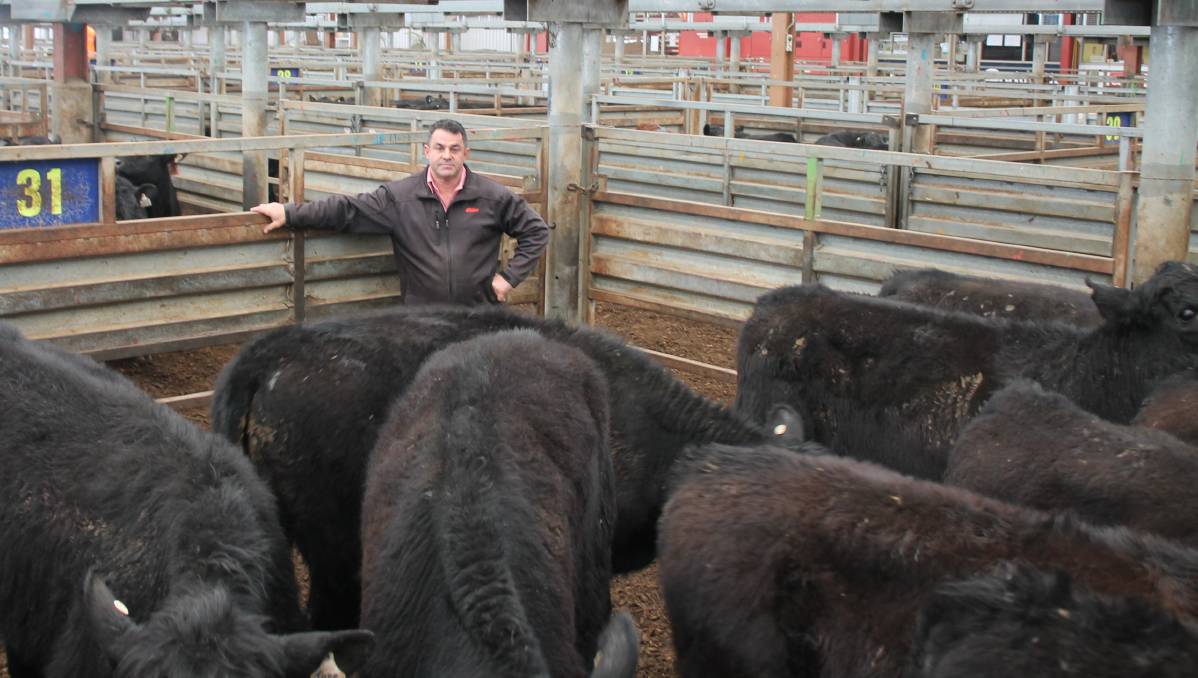 Elders livestock agent Carlo Taranto with some of the 60 Angus steers sent to the Pakenham store sale by the Todd family from Boggabri, NSW.

"We've got a few orders for these type of cattle," he said.

Mr Taranto said the recent rain would boost the cattle market in the short-term.

"It will in the not too distant future," he said.

"But I think there's been a lot of cattle come into the system in the last week, especially in the north which will just soften the market a little.

"But but let's face it, it's still very good for this time of the year."

For the first time, China is the largest export market for Australian beef.

The latest MLA statistics show July was a huge month for beef exports, with China topping the charts for the first time, edging past Japan by 700 tonnes. 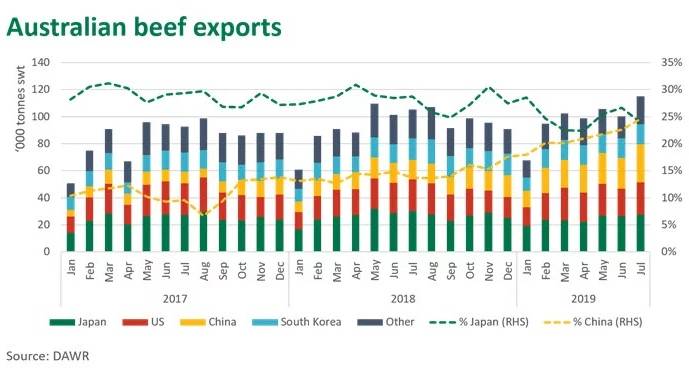 Australian beef exports over the past three years show the growth in China as a destination. Image courtesy: DAWR.

In July 2017 it accounted for 9.5 per cent of all Australian beef exports.

On the whole, July was a big month for Australian beef, with 115,000 tonnes exported.

For the calendar year-to-June, beef exports totalled 684,000 tonnes, an increase of 7pc on last year.

With producers still destocking at higher levels than normal, much of the growth can be attributed to increased availability.

MLA forecasts that if a break in the weather occurs, availability will level off as producers look to restock.