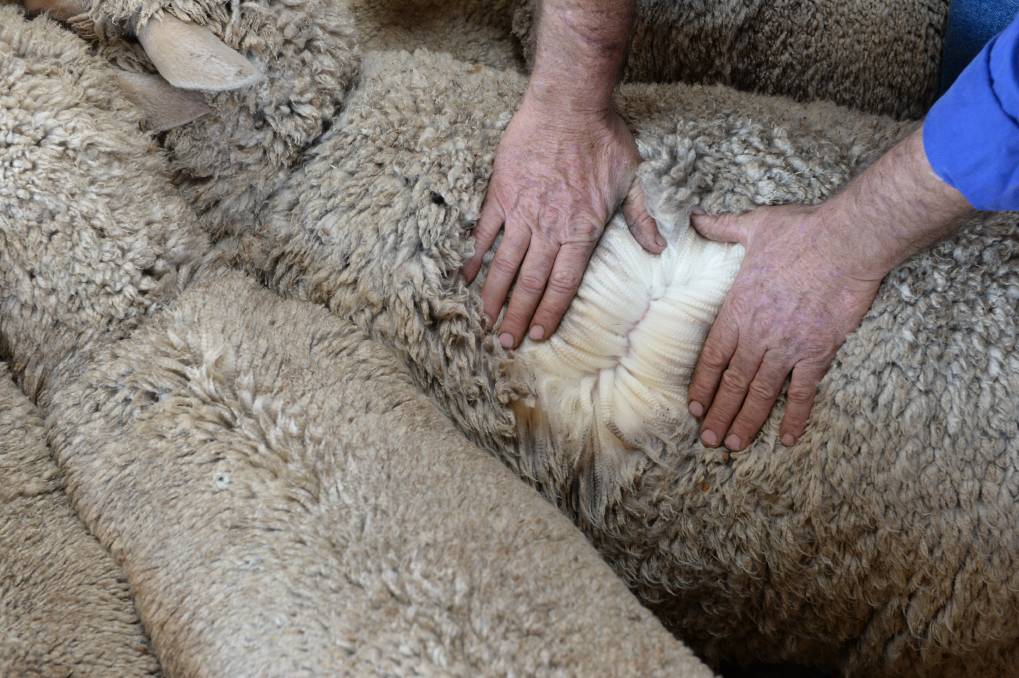 WHAT'S IT WORTH?: Growers are facing tough decisions as the wool market continues to lose ground because of a downturn in demand from China.

The US-China trade war is having a damaging impact on Australia's wool market which depends heavily on demand from China.

The wool market is threatening to go into freefall with the benchmark eastern market indicator (EMI) shedding a whopping 112c to finish at 1564c after today's sales.

AWEX reported a national pass-in rate of 35.3 per cent from an offering of 19,315 bales in Sydney, Melbourne and Fremantle.

The wool market is feeling extreme pain from the US-China trade war which has badly damaged the confidence of Chinese consumers and mill owners.

The market is threatening to turn into a bloodbath with nobody sure where the slide will stop.

A limited selection of best style (MF4) wools with favourable additional measurement results in the 18.5 micron and finer range ended the day 30-40c lower while all other types and descriptions recorded losses of 100-120c. 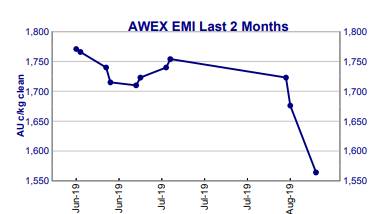 The Sydney indicator price nosedived by 129c to 1575c.

The Melbourne market also fell dramatically with the southern market indicator suffering its largest drop (105c) since 2003 to land at 1554c.

Most affected were the lower style, less well-measured wools generally falling 100c across all microns.

An increased offering of best style (MF4) wool in the 18 micron and finer range lost 30-40c.

Merino skirtings reflected the fall in fleece wools, losing 100-140c across all microns and descriptions.

Many vendors at the Fremantle sales weren't prepared to cop the prices on offer resulting in a pass-in rate of more than 55pc on top of the 20pc withdrawn before sale.

Growers will be hoping for an early settlement of the US-China trade dispute but that would be unlikely.

A national offering of 23,931 bales is rostered for sale tomorrow.