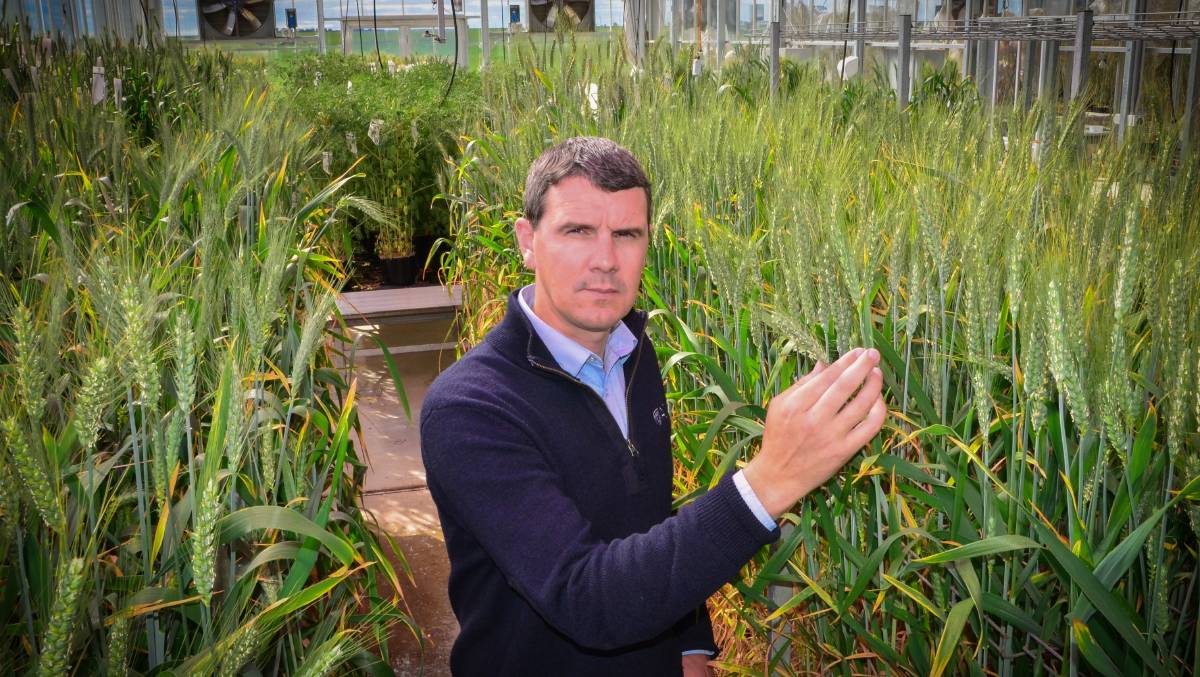 AGT is thrilled with its new wheat line, which it says will offer growers flexibility in terms of time of sowing without compromising yield.

AGT IS confident its new wheat offering will win over farmers looking for a new dry sowing option.

The recently released Catapult line is classified as an Australian Hard (AH) quality wheat for South Australia, Victoria and southern NSW, with a classification pending for Western Australia.

AGT wheat breeder James Edwards said he was hopeful that Catapult would be grown across southern Australia in WA, SA, Victoria and southern NSW as a replacement for varieties such as Magenta, Cutlass and the old stalwart Yitpi and an alternative to popular varieties like Mace and Scepter.

Demand for varieties that can be dry sown early but can still handle a short season if the break is late is growing due to the erratic autumn rainfall pattern.

Dr Edwards said a key positive of Catapult was its stable yield over a range of germination dates.

"A variety like Catapult is a great choice for dry sowing because it maintains its high yield over a wide range of germination dates, including well into May where it remains competitive with the benchmark variety Scepter," he said.

He dubbed Catapult a 'longer season Scepter', saying it allowed growers to get the same yields when sown in late April.

"We believe growers are likely to be able to plant Catapult a week earlier than they would plant Scepter, with this planting window extending well into late May, offering great flexibility to growers."

A key feature of the variety has been its yield in trials, especially when April-sown.

When sown around ANZAC day, Catapult has consistently out-yielded Trojan, Cutlass and Yitpi, as well as other varieties used in this sowing window.

"Apart from Catapult, there are no other wheat varieties that combine this maturity type with cereal cyst nematode resistance, yellow leaf spot resistance and AH quality," Dr Edwards said.

AGT National Marketing Manager Dan Vater said Catapult's wide adaptation will mean it can fit the front end of most growers' cropping programs and be utilised as a second wheat in a rotation, a practice very common in low-rainfall environments.