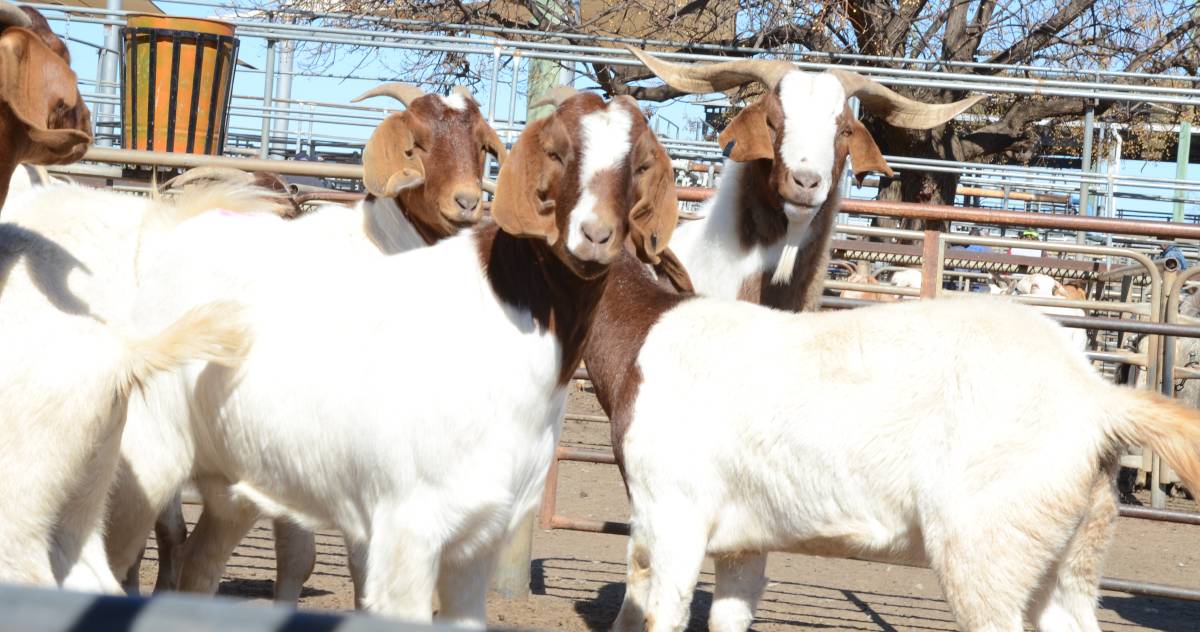 Improving labour efficiency has the potential to more than double gross profits from rangeland goat production.

That's one of the key findings midway through a five-year benchmarking study by Wagga Wagga-based farm management consultancy, Holmes Sackett, aimed at improving the financial performance of the booming rangeland goat industry.

Australian goat meat is in keen demand both locally and overseas with most categories fetching around $9 a kilogram carcase weight over-the-hooks.

But overcoming a lack of supply is one of the industry's biggest challenges with Meat & Livestock Australia funding a number of research projects aimed at boosting production.

One of them is the Holmes Sackett benchmarking study headed by its co-director John Francis.

He told a webinar audience one of the main things that sets apart the top-performing rangeland goat producers - both opportunistic as well as managed operations - from the rest is their labour efficiency.

Profits from rangeland goat production were already better than beef, much better than lamb and on a par with wool (dual-purpose sheep) based on comparisons with benchmarking data from Holmes Sackett's wool, lamb and beef producers in south-east Australia, he said.

The top performers in the rangeland goat sector were producing $729,588 in gross profit a year from each labour unit compared with $310,494 for the rest.

The labour costs of the top performers was $6.30 per dry sheep equivalent (DSE) compared with $14.19 for the other rangeland producers.

The high performers were managing 11,843 DSEs per labour unit compared with 7086 for the rest.

Their cost of production at $2.72 was around 30 per cent less than the rest and their return on assets at 7.8pc was about 65pc better than the low performers.

Key benchmarks for the best profits from rangeland goats included more than $70 of income per DSE (based on $5.50 a kg), more than 12,000 DSEs per labour unit, and less than $25 per DSE in operating costs. 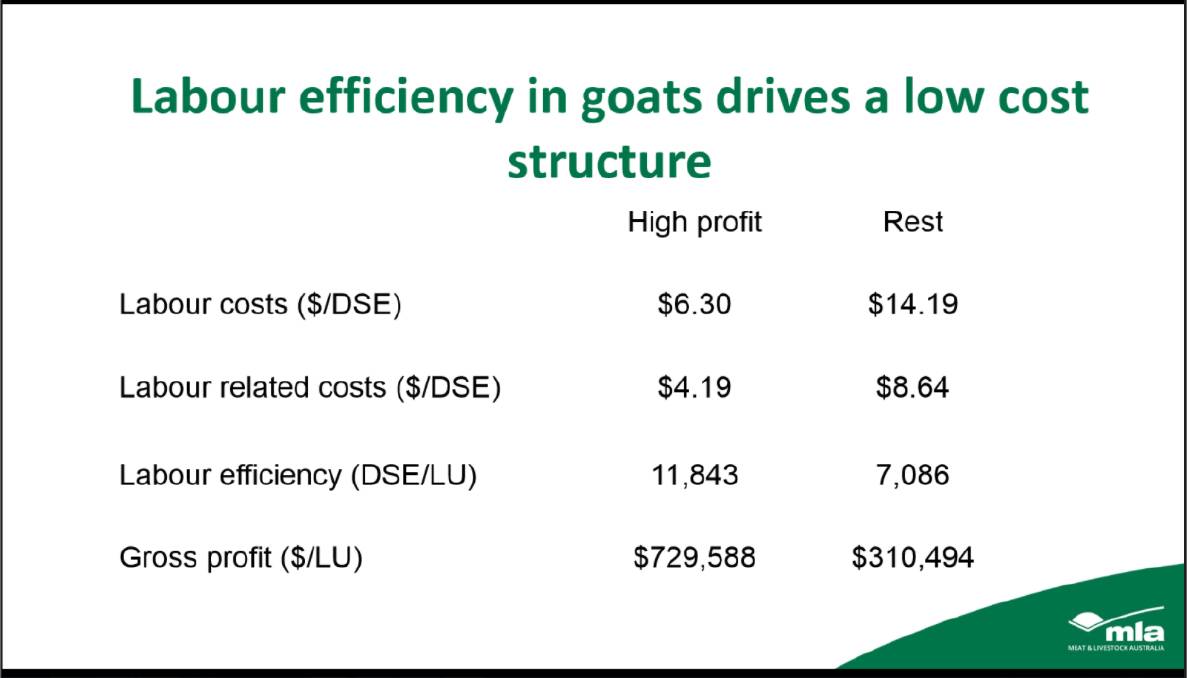 THE BEST AND THE REST: Labour costs are in the control of producers, unlike prices.

All participants in the rangeland goat benchmarking study are now located in NSW and Queensland but Mr Francis said he would welcome more businesses into the project from across the country.

Australia exported 19,655 tonnes of goat meat in the year to August, down 15pc due to tough seasonal conditions.

The US was the major market, taking 13,738 tonnes while Taiwan imported 2056 tonnes.

Most of Australia's goat meat is harvested from semi-wild rangeland goats with NSW the major producer. Many NSW goats are processed in Victoria and Queensland.

A 2017 survey of NSW goat meat producers found that 71pc of the 454 producers who responded had a harvest enterprise while 29pc operated a managed or semi-managed enterprise.