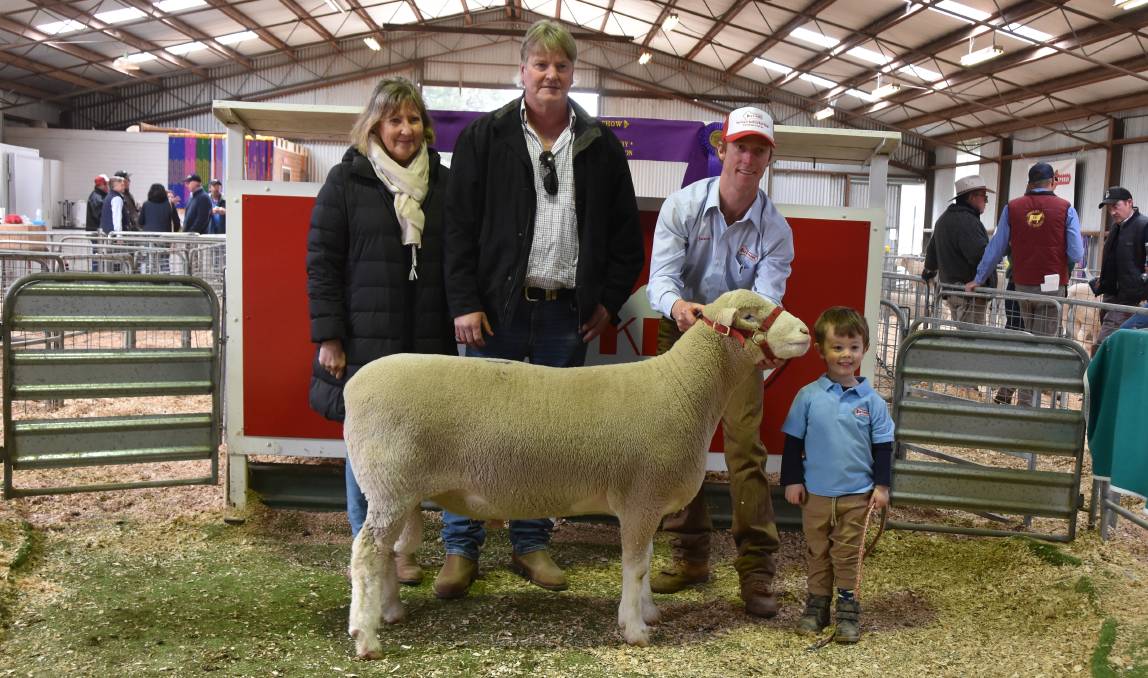 The catalogue was bristling with major show winners including 180068, a 151-kilogram son of crack sire Jackpot and supreme exhibit winner at this year's Sydney Royal Show.

Craig Graham and his partner Deb Stone made the long drive from South Australia's Yorke Peninsula keen to buy 180068, eventually winning a bidding war and picking him up for $23,000.

They are based just south of Maitland on SA's mainland but with Mr Graham's son, Josh, run around 7000 Merino and crossbred ewes on Kangaroo Island.

Besides operating the Glencorrie Border Leicester stud, the Grahams also breed Poll Dorset rams for use in their commercial flock. Mr Graham also bought six stud ewes at Tattykeel to a top of $1100.

He admired the depth of hindquarter and length of the top ram but admitted one more bid might have knocked him out of the running.

Doug Bottcher from Euroa, Vic, attended the sale to bid for Mr Roks and picked up a consolation prize for him, paying $12,000 for 180232, a 147kg son of Casino and supreme exhibit at this year's NSW Sheep Show at Dubbo.

The top price ewe is heading to Victoria after Kerry Davis, Ooluroo stud, Boho, shelled out $7500, believed to be an Australian record price for a Poll Dorset ewe, for a full ET sister to 180016, the supreme ewe at the Sydney Royal and NSW Sheep Show.

They are daughters of Jackpot while the sire of their dam was Immortal.

Mr Davis said he liked everything about the ewe and was expecting to pay between $8000 and $12,000 to take her home where she will be flushed. He picked up another three stud ewes to a top of $900. 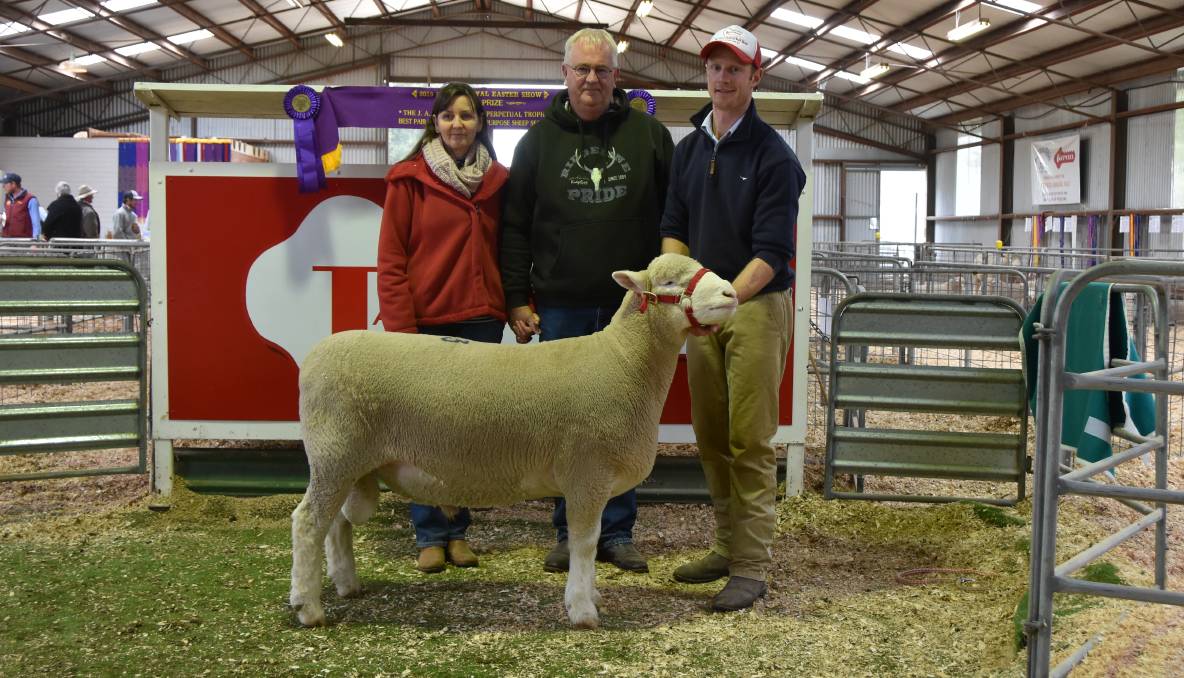 "You can't buy rams as good as these in Victoria," Mr Morton said.

"He has perfect structure and a perfect head." Tattykeel principal Graham Gilmore said the family was pleased with the sale.

"Most people here are repeat buyers, they like what they are getting and they don't want too much change," he said.

He said the top price ewe was "a pretty special animal".

The selling agents were Landmark Bathurst with the guest auctioneer, Miles Phitzner, Adelaide.