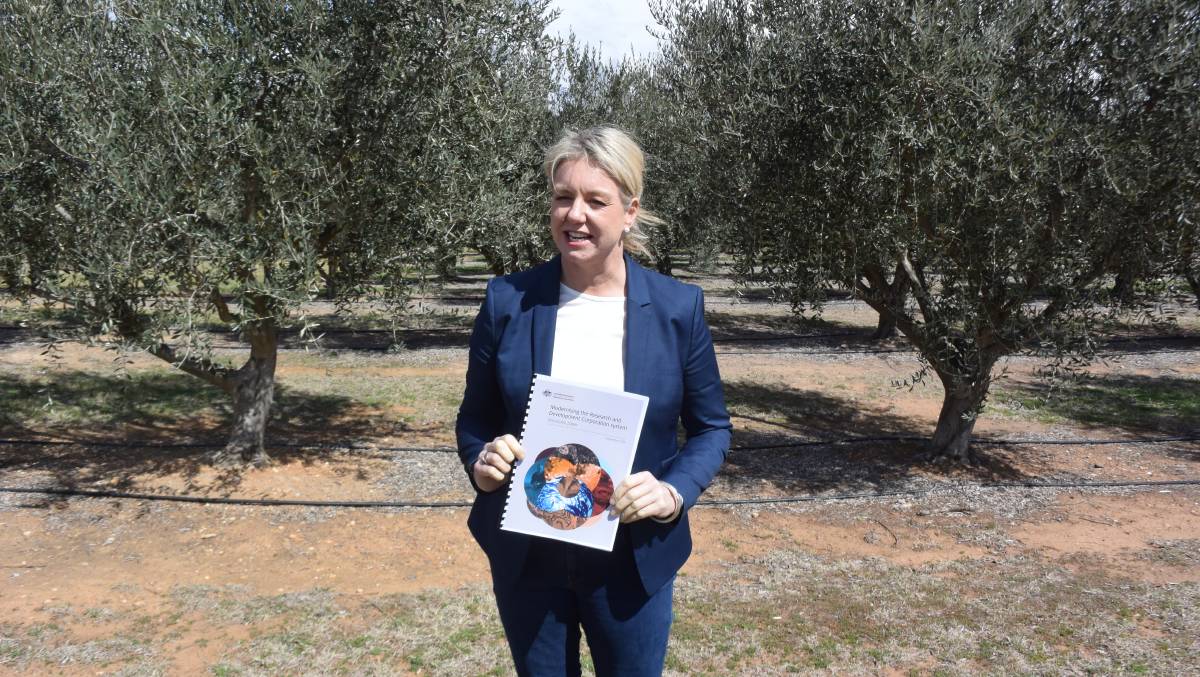 Agriculture Minister Bridget McKenzie has launched another review into the Rural Research and Development Corporations (RDC).

"This is an opportunity for those who have a stake in the system to be involved so we can make sure our agriculture sector is operating as effectively and efficiently as it can," Ms McKenzie said.

She called on the public to suggest ways to make the RDCs more cost-efficient and productive.

"There is a better way to do this and right now, as a nation, we are probably falling behind."

"This is an opportunity for those who have a stake in the system to be involved so we can make sure our agriculture sector is operating as effectively and efficiently as it can."

That report, prepared by consultants Ernst and Young, did not include public consultation and drew on stakeholder consultations and Mr Littleproud said he would consult with the research sector before finalsing any reforms.

Ms McKenzie said her review of the RDCs would focus on getting maximum bang for buck.

"This is a report that will actually go to the heart of making sure levy payers are getting value for money, which I'm sorry but EY (Ernst and Young) just didn't go to," Ms McKenzie said.

"At the moment, everyone is doing a piece on soil, climate change, social licence. Well the only people getting rich out of that are academics.

EY did not recommended any specific changes to the RDCs. Many in the research community expected it call for amalgamation RDCs, or changes their funding model.

Instead, the EY report pointed out flaws in the system, noting that RDCs are too risk-averse, don't collaborate effectively on shared problems, are too siloed in their approach which in turn is a barrier to attracting private investment.

"It will require people to leave their vested interest at the door and be very bold and creative about what the future could look like," she said.

The Modernising the Research and Development Corporation system: Discussion paper is available for comment until 4 November, 2019.