Opinion : WA MP Rick Wilson says not supporting the live export industry in Australia would be a backwards step for animal welfare. 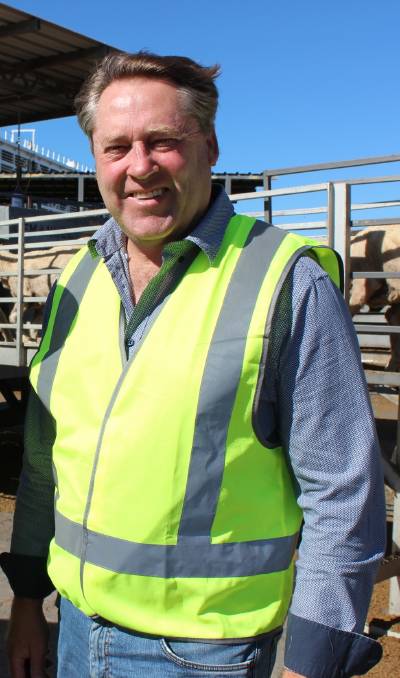 Because if the trade is banned, as some fanatics wish, and Australia doesn't do the job, then other competing export countries will simply step in and fill what would be a significant market void.

But this would be nothing but a major step backwards for animal welfare outcomes because these other exporting countries have nowhere near the same humane standards and practices, if any, that Australia does.

Australia is regarded as a global leader because animal welfare is positioned at the very centre of our live exporting business model, to drive better outcomes through initiatives such as the Exporter Supply Chain Assurance System (ESCAS).

A host of Government rules and regulations such as ESCAS, coupled with long-term investments and commitment from industry and our trading partners into building better facilities and practices, have worked to ensure continuous welfare improvements and innovation throughout the supply chain.

But without Australia in the market, these standard and the results they help to deliver simply vanish.

When live sheep shipments to the Middle East stopped for three months, from June 1 this year, competing nations such as Romania, Sudan, Somalia and Georgia took the opportunity to replace our trade, but they have no ESCAS or other rules and regulations to protect animals.

A ban on live exports is just like throwing the baby out with the bathwater and counterintuitive to good animal welfare results.

Last week I spoke in Federal Parliament about new legislation that will help drive even better animal welfare results of the type these other competing exporting nations - that would profit off any knee-jerk ban, to the detriment of welfare results - can only dream about.

The Inspector-General of Live Animal Exports Bill 2019 aims to further advance and safeguard the trade's future and build greater confidence through independent oversight of our already world leading regulatory system.

The intent of this Bill is very worthy - to provide industry with an independent umpire to act as the go-between for the Department of Agriculture, as the regulator and the industry.

The Inspector-General's role will be to ensure industry's regulation of the live export industry is being done appropriately and diligently and fairly.

It will also have added powers to ensure radical animal activist groups that are constantly campaigning to try to ban the trade - and have repeatedly pledged they'll stop at nothing to achieve that outcome, despite it being detrimental to global animal welfare standards - are held to proper account.

And animal welfare isn't the only beneficiary of the Coalition Government's move to introduce an independent Inspector-General of live exports.

Social and economic outcomes will also be enhanced for regional economies and regional people who are merely 'collateral damage' or an afterthought to the cause of these radical activist groups.

Overall the live export trade was valued at $1.7 billion for 2017/18 and recent reports say more than 15 million sheep and cattle have been exported over the past five years valued at about $8 billion.

In my own electorate of O'Connor in Western Australia, a report released last week by commodity analysts Mecardo, commissioned by LiveCorp and Meat & Livestock Australia, revealed that an average of 1.5 million sheep have been exported out of my home State annually over the last five years, valued at about $200 million in total.

About 45 per cent of that value, or around $100 million, is retained on farms with the majority of them situated in my electorate of O'Connor.

This legislation to introduce an Inspector-General to act as independent umpire for live exports is therefore critical for helping to ensure the people, farmers, other businesses such as feedlot operators and transport drivers and communities in my electorate that also rely on the trade, are protected against any knee-jerk efforts to have it banned.

Rather than indulging in divisive arguments that put the rights of animals against the welfare of farmers and regional people, while ignoring real facts and consequences for both animals and humans, we need a far more sensible and measured approach to our discussions and actions.

That's why I support this plan to introduce an Inspector-General, to further enhance our position and leadership as a leader on animal welfare, in the global live exports market.

- Rick Wilson is the Federal Member for O'Connor and the Chair of Standing Committee on Agriculture and Water Resources.