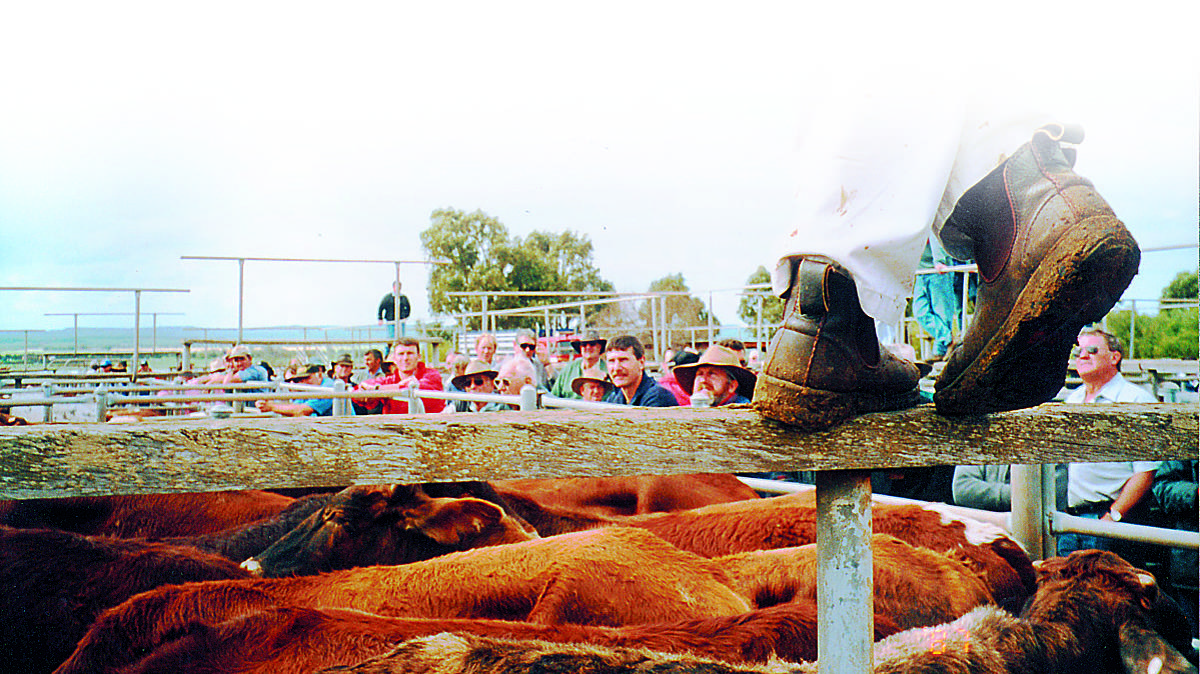 While most of the media attention has been on cattle destocking in the Eastern States, WA cattle producers are also now feeling the pinch.

WHILE most of the media attention has been on cattle destocking in the Eastern States, with high female slaughter rates and live export figures, WA cattle producers are also feeling the pinch from a dry season and have been destocking to make it through the summer months.

Cattle producers across WA have been offloading, despite the static low prices on offer from processors and at the saleyards as they prepare for what could be a long, dry summer.

The impact on the national herd is yet to be determined but Meat and Livestock Australia (MLA) said that the herd declined 7.3 per cent to 26 million head for the year ending June 2019 - that was a shaving of 1.3m head off the June 2018 figure of 27.3m head which was also on the back of a 2.5pc decline from 2017.

More than 56pc of the national slaughter has been female cattle - which will no doubt have a short to medium-term impact on the herd size.

Cattle Producers Australia chairman Dr Paul Wright said about 90pc of the Eastern States was experiencing less than average rainfall and was "the worst it has been in a long time".

Pastoralists across the country have been hit the hardest with WA pastoralists experiencing extreme dry seasonal conditions, which has forced stations to offload or destock completely.

Mardie station, 100 kilometres south west of Karratha near the Fortescue River in the Pilbara, destocked 4000 head of Droughtmaster cattle in July after a dry seasonal start and not enough feed on the ground to carry them through.

Kimberley Pilbara Cattlemen's Association chief executive Emma White said pastoralists had been taking advantage of the demand to muster early and sell off their cattle while the season had been dry.

She said the demand from Indonesia this year was strong - demonstrated in the exports out of Broome, Port Hedland and Wyndham.

Broome had seen more than 100,000 cattle pass through the port this year while Port Hedland was expecting its second shipment.

She said last week the area from Halls Creek to Fitzroy Crossing and Derby had rain and the latest four month Bureau of Meteorology forecast said that rain was expected in the Pilbara and Gascoyne, which would be a welcome relief to pastoralists.

At the opposite end of WA, an Esperance producer also reportedly destocked 200 head, while others have been downsizing, reluctant to sell off completely.

Munglinup (Ravensthorpe) Simmental/Hereford cross cattle producer Anne Bell confirmed the report and said with forecasts of dry seasonal conditions ahead and having had just 325 millimetres so far this year (in a 600mm rainfall zone) they were destocking the underperforming cattle.

"We are lucky that we are on the coast," Ms Bell said.

"Compared with others we have been doing OK.

"In August we had 130mm and we were stoked with that and even had run off.

"But all up we have had an average season with only half our yearly rainfall and we are concerned because we had a bad season last year and the feed is not really there for the cattle.

"As a precautionary approach we have destocked the older girls and the ones that didn't get into calf.

"Only half our heifers, about 45, got into calf so far this year, so we have sent the others to a feedlot to tidy up our numbers.

"We are just trying to do the right thing by the cattle.

"We plan to preg test again soon and cull any older ones that don't get into calf as well."

Ms Bell said their herd consisted of 700 breeders and the calving rate was usually about 90pc, but the past few seasons had been "very ordinary".

The Bells usually cut their own hay but this year they didn't have as much as usual.

"Last year we had to buy hay in, which we never do," Ms Bell said.

"We had six C-trains with one arriving every couple of weeks (over summer)."

Ms Bell was predicting there would be lots of hay available in WA this season due to the recent frost impact on crops.

Gairdner mixed farmer Ian Peacock, who has taken a step back to let his sons run the day-to-day operations on the farm, said they made the decision early to sell off 3000 sheep and destock 160 head of cattle in order to cope with the summer ahead.

Mr Peacock said they were "on borrowed time unless we get some run off rains".

"We made the decision to sell off early before they lost condition - which was a good move because we got good prices on their condition."

Mr Peacock said he had been through this type of scenario four to five times.

"You've got to make a decision," he said.

Mr Peacock said the farm had received only half the average rainfall expected this year at around 200mm.

The Peacocks put their crop in late and because of that they largely escaped frost that recently hit the area.

"We might get an average season but we had an exceptionally dry winter - one of our driest ever.

"We are all hanging out for more rain now.

"We need an event of 10mm or more to make it run into the dams."

Mr Slade said the eastern Wheatbelt was "suffering enormously" with one producer having "about a $2m loss in crop from the frost event which had put a big hole in their program".

Mr Slade, who runs 17,000 sheep and 1200 cattle (600 breeders) said there wouldn't be enough feed in WA until the crop came off and livestock were put on the stubbles.

He said he usually cut hay about October 20 but with the way things were going, that could be a lot sooner.

Boyup Brook cattle producer Neil Derrick, who runs 90 head of Lincoln Reds, said he had received 200mm less rainfall so far this year than he had last year and the lack of water was taking its toll across the South West.

"There's not much feed around at the moment," Mr Derrick said.

"Herd numbers are dropping and prices are not that good.

"People are selling off because they can't afford to feed them."

Mr Derrick said he had invested heavily in his herd so he didn't want to give up on them just yet and was hoping for further rain to finish off the season.

Boyup Brook has missed out on some of the recent rainfall - receiving much less than other areas around it.